At the 2018 EICMA show in Milan today, Royal Enfield revealed their biggest and most powerful motorcycle till date. Teased prior to the show, this Bobber styled new Royal Enfield is powered by a V-Twin 834 cc engine. It is developed in association with Polaris Industries, with who Royal Enfield’s parent Eicher Motors had formed a JV. It is worth mentioning here that Polaris Industries is the owner of Indian Motorcycles.

Speaking about the new Royal Enfield Bobber – it is a slow slung motorcycle; just like you would a Bobber to be. It is seen with a single seat, large engine, full LED headlamp with DRL outline and alloy wheels. 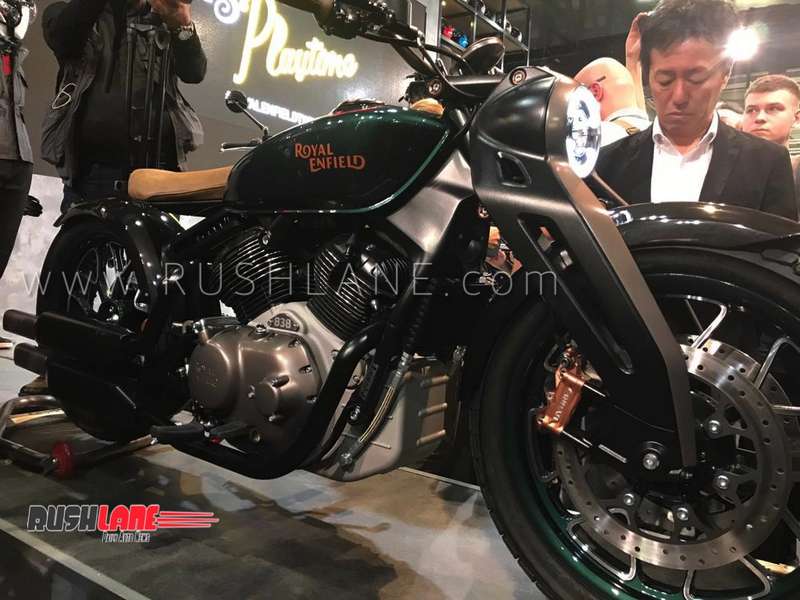 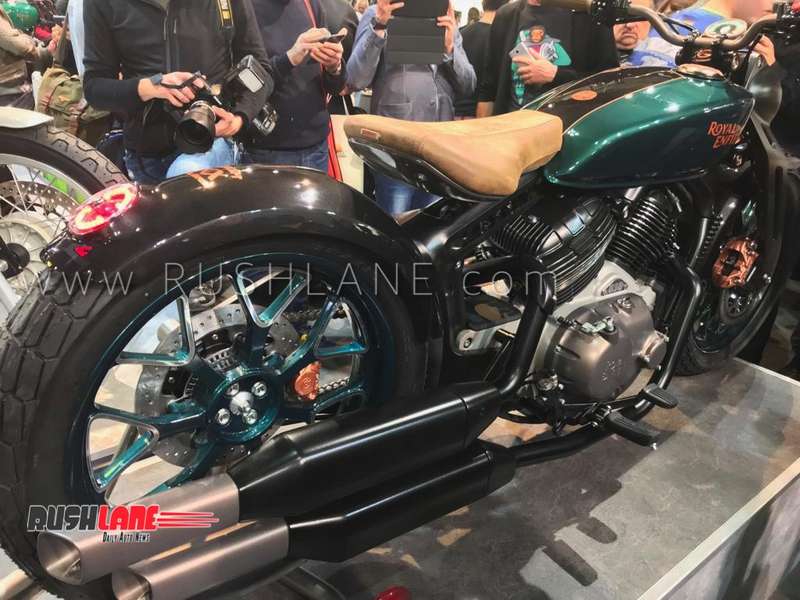 Royal Enfield stated that the Concept KX is not production ready. It is currently at best a design study concept for their future motorcycles. Earlier this year, Economic Times had revealed that Royal Enfield is working on larger cc bikes (above 700cc) to take on the likes of Triumph and Harley Davidson. This concept Bobber from RE, is a small glimpse into that future.

Based on this design study, Royal Enfield will launch motorcycles in the future. Once launched, the Bobber-styled motorcycle will help Royal Enfield to delve into the leisure motorcycle segments which are currently commanded by the likes of the Harley Davidson and Triumph – Triumph Bobber and Harley-Davidson 48.