Royal Enfield had showcased the V-Twin 838cc Concept KX Bobber at the recently concluded 2018 EICMA Show in Milan, Italy. The Bobber 838cc owes its design to a design team that has created this bike from scratch in a matter of 6 months.

Royal Enfield Concept KX Bobber, seen at EICMA in a dark bottle green colour scheme, is based on the 1938 Royal Enfield 1140 KX which was powered by 1140 cc V-Twin engine. It is built as a design study for the future of the company’s motorcycles and has been developed in association with Polaris. 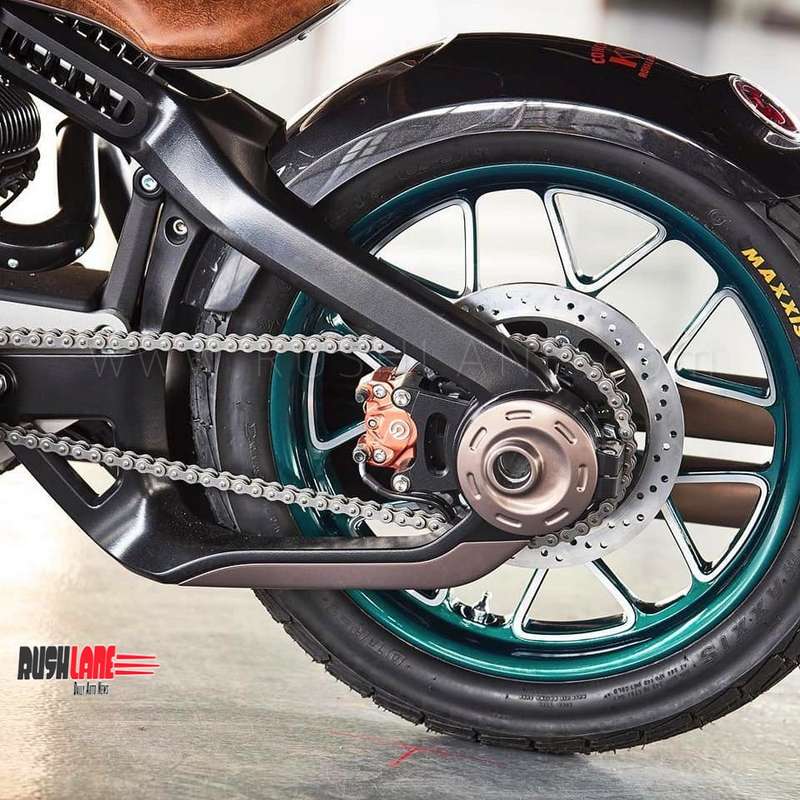 It gets design elements which include full LED headlamp, dual exhausts, a single cantilevered seat, long and flat handlebars and large 19” rims fitted with Maxxis tyres. It is also seen with a fully digital instrument cluster. It sports twin front disc brakes and single swingarm at the rear while suspension is carried out via girder fork in the front and monoshock at the rear.

Royal Enfield Concept KX Bobber gets its power via an 838cc, liquid cooled engine offering 90 PS power and 100 Nm torque mated to a 6 speed transmission and is the first V-Twin produced by Royal Enfield India. This is the third bike from Royal Enfield to come in with a twin cylinder engine following the recently introduced Interceptor 650 and Continental GT.

This Bobber is a one-off motorcycle prototype that is a design language of what the company may bring into their future motorcycles. Though not planned for production as on date, if the Concept KX does make it to production, it will only be sometime in 2020.

In the meantime, Royal Enfield has recently launched the Interceptor 650 and Continental GT 650 – their most powerful production bikes. Prices start from Rs 2.34 lakhs.