Royal Enfield Bobber 838cc motorcycle – Story behind the most powerful RE

It all started when Royal Enfield design team was asked to create something new and exciting. The purpose was to experiment and not worry about practicality aspects in terms of production or usability. As the design team started working, they chanced upon V-twin KX model that was manufactured by Royal Enfield way back in 1930s. 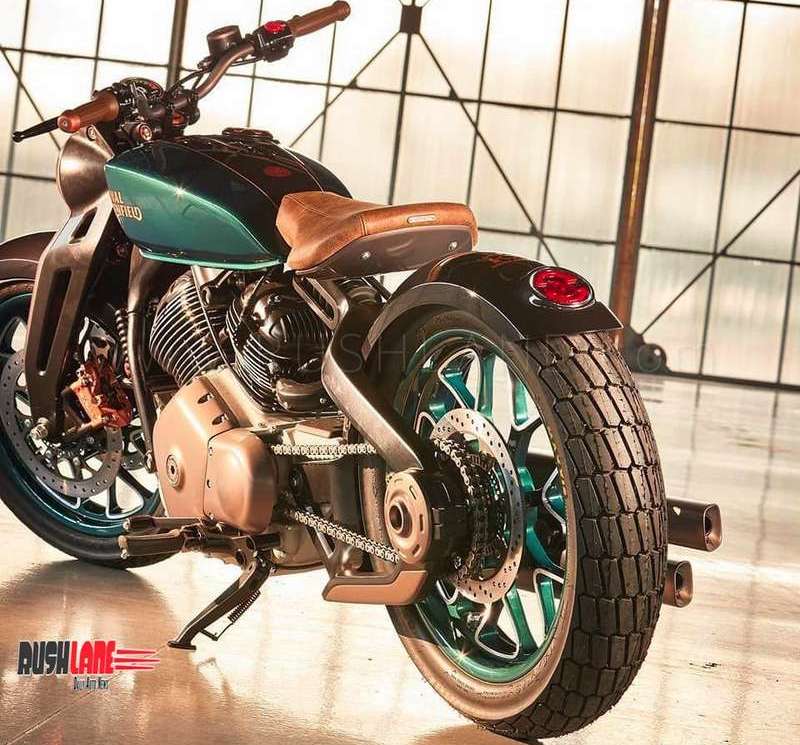 The design team was so impressed with the old KX model that they decided to recreate the legend in its new, modern avatar. According to the team, all components of old KX were perfectly designed, perfectly placed and perfectly synced with each other.

First Royal Enfield V-twin was manufactured in 1909, which generated just 2.25 horsepower. At that time, the V-twin engine was sourced from a different company and not produced by Royal Enfield. However, by mid-1920s, Royal Enfield had started manufacturing its own V-twin engines that had 976 cc capacity. In 1930, K V-twin motorcycle was launched, followed by KX V-twin model.

Designing the modern version of Royal Enfield KX was quite a challenge, as the old style had to be incorporated with new engine and mechanicals. The design team started from the engine and worked their way outwards to create the rest of the concept KX model. A lot of effort was required and the design team worked as precisely as they could to create this masterpiece.

Royal Enfield KX concept model has an 838 cc, 60-degree V-Twin engine. Other details are yet to be revealed, but the KX concept looks absolutely stunning and would definitely be on the wish list of many motorcycle enthusiasts.