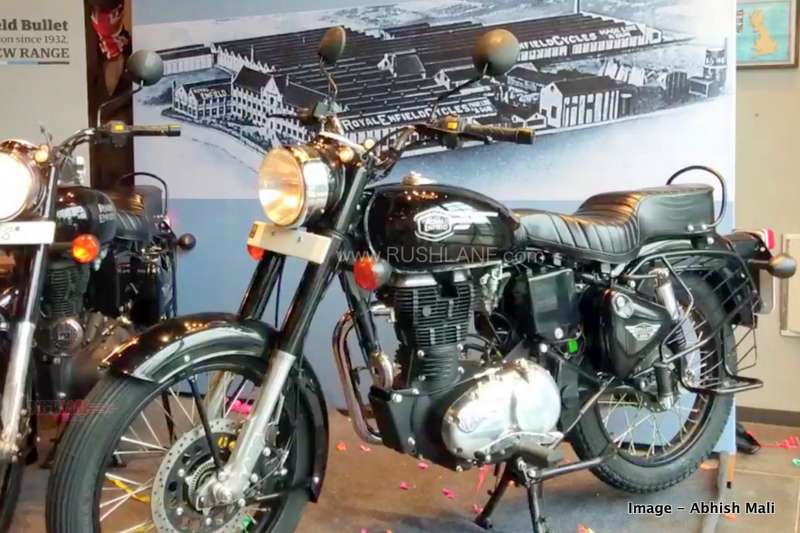 Royal Enfield has been enjoying enviable profit margin, excellent growth rate and near-monopoly in the country’s medium displacement motorcycle segment. However, the general slowdown in the automotive industry has affected the retro classic motorcycle brand too.

Royal Enfield ended its first quarter of this financial year with a sales decline of 19% and this has resulted in the parent company Eicher Group’s revenue dropping by 7%. The company will be hoping that the upcoming range of next generation models based on the new J platform would infuse much needed excitement among the prospective customers.

Recently, Royal Enfield’s new CEO Vinod Dasari stated that the company will launch new variants in the coming months to make the range more accessible. One of the new variants Mr. Dasari was referring to is an entry level model based on the existing Bullet platform. These new variants has now arrived at dealerships, where bookings have opened.

Mr. Vinod K Dasari, CEO, Royal Enfield, said, “It has been our constant endeavour to build greater accessibility for discerning customers and widen our footprint in India. We have witnessed significant demand across smaller towns and cities which are showing tremendous potential for growth and are soon becoming a huge market for middle-weight motorcycle segment. Motorcycling aspirants in these towns are quickly catching on the trend of leisure motorcycling. With an intent to significantly expand our reach and build a robust network into these towns and cities, we are happy to announce the launch of 250 new Royal Enfield Studio Stores. We have definite plans to increase this further by the end of this fiscal.”

The new Royal Enfield motorcycle will forgo the shiny chrome treatment in favour of bright colour themes and black finished engine components. Something like an iPhone 5C if you will. We expect the motorcycle to adopt several minor cost cutting measures here and there. 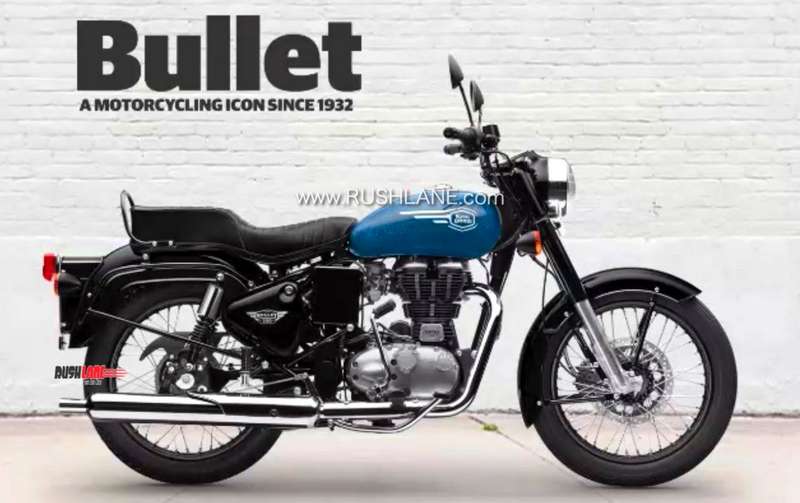 Called 350X and ES 350 X, the engine will continue to be the Bullet 350’s unit which delivers 20.07 PS and 28 Nm of torque in its current state of tune. The 5-speed gearbox will be carried forward. The motor continues to be BS4. At the same time, RE is working on a BS6 motor, as well as new generation variants of Bullet, Classic and Thunderbird range. These will be launched just a few weeks before the April 1, 2020 deadline. It remains to be seen if the Bullet 500 will spawn a similar low cost variant or not.

The Royal Enfield Bullet 350 kick start variant is currently the most affordable motorcycle in the company’s lineup. The new variant is expected to be cheaper by around INR 10,000 – 15,000, placing it in the territory of 200 cc offerings from rivals such as the TVS Apache RTR 200 and Bajaj Pulsar 200 NS.

The Bullet 350, in addition to its existing black colour, will now be available in three new colours – the Bullet Silver, Sapphire Blue and the Onyx Black. Bullet 350 ES will be launched in Jet Black, Regal Red, Royal Blue colour options in addition to the current Maroon and Silver variants. These new motorcycles will come an aesthetic blacked out theme.