Even as Royal Enfield is upbeat about the success of the 650 Twins, which has seen sales cross the 1,000 unit mark last month, the company is also paying equal attention to other bikes in its lineup. RE is adding ABS feature in all their bikes, as the same will become mandatory by 1st April 2019.

More recently, Royal Enfield has launched the ABS equipped Classic 350 with new color scheme of Silver and Ash (white). The bikes are priced at Rs.1.53 lakhs, ex-sh. Other than the addition of ABS feature and new color scheme, there is no other change. 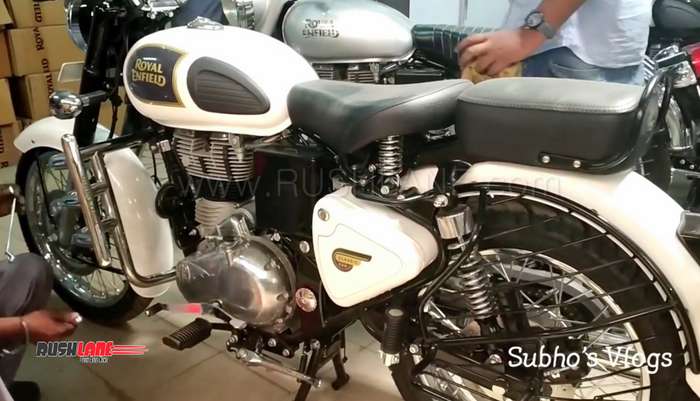 The Classic 350 gets telescopic front forks and dual gas charged suspension at the rear. It sits on 19” wheel front with 90/90 section tyre and 18” rear with 110/90 tyre. So as to comply with new BS VI emission norms, the carburetor could be replaced with fuel injection system by 2020. FI system, besides being seen on the Classic 350 will also make its way to the Electra and Bullet 350.

Royal Enfield has noted a dip in sales where the Classic 350 is concerned. Sales in December 2018 stood at 34,325 units as compared to 47,558 units sold in December 2017. This 28 percent drop in sales could be attributed to the introduction of the Jawa motorcycles in India in November. But their CEO has said Jawa has had no effect on RE sales.