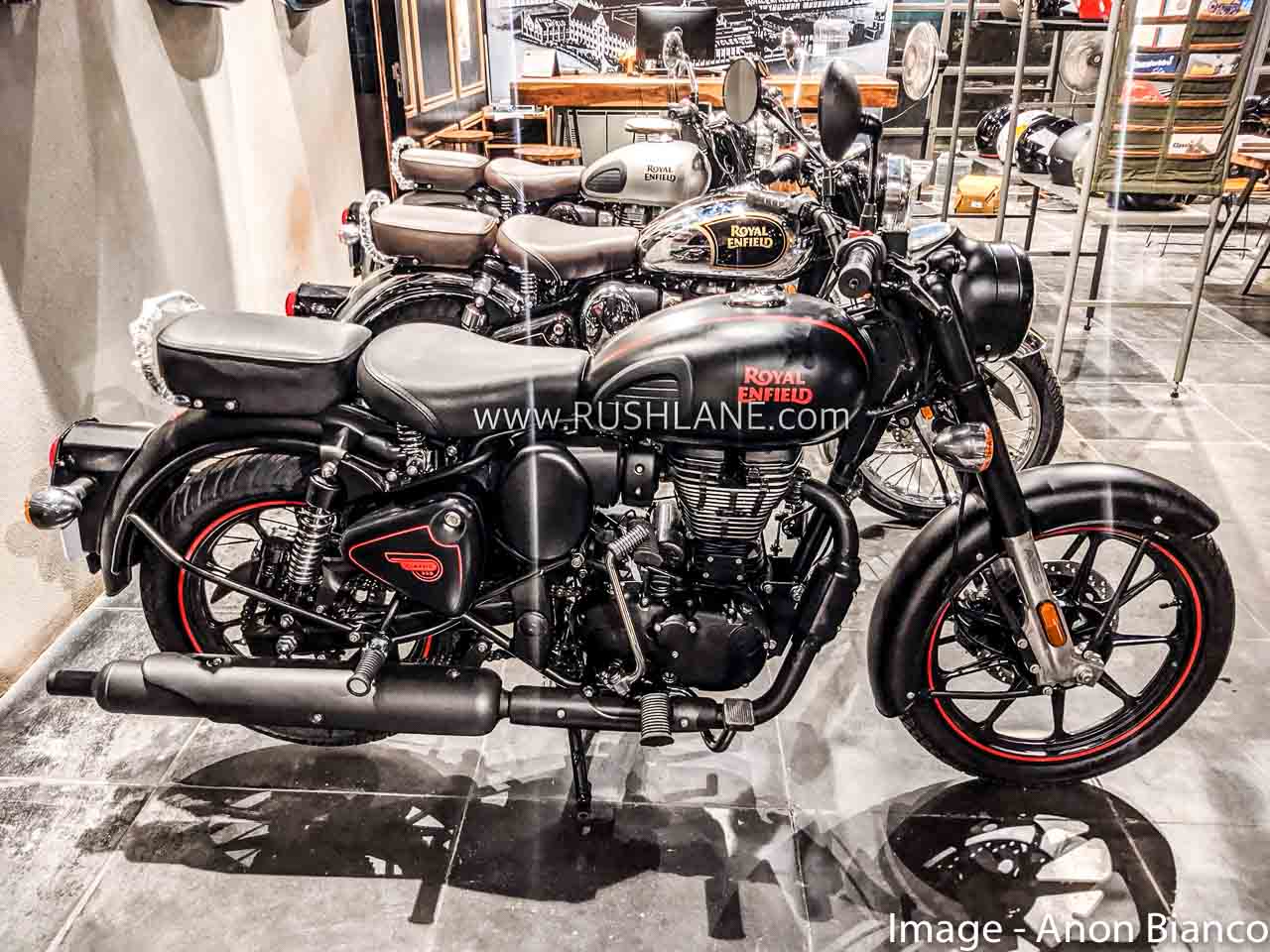 The Chennai-based motorcycle manufacturer is already working on the next-generation 350 line-up which includes the all-new Standard, Classic, Thunderbird and ThunderbirdX. We have shared multiple spy shots of the motorcycles doing test runs in various parts of the country, over the last few months.

They are still a long way from being production-ready and cannot be launched before the deadline of mandatory BS6 implementation (1 April 2020) as the company had initially planned. Now, thanks to Dino’s Vault, we get an exclusive first look and ride impression of the upcoming BS6-compliant Royal Enfield Classic 350 — which is essentially the last update to the current-generation Classic 350.

As per the test ride video, the BS6 RE C350 is not much different than the BS4 variants. Thanks to FI, the initial acceleration has improved and so has the overall refinement. The spoke wheels deliver a better ride, as compared to the alloys. Below is the detailed video.

In comparison to the outgoing model, the main change in the BS6 Classic 350 model is the inclusion of a fuel-injection system. Royal Enfield 500 models already come with an FI system, but they are inching closer to being discontinued on account of poor sales. The 346cc air-cooled engine has managed to generate the same output figures at 19.8bhp and 28Nm of torque despite going through restrictions to cut down emissions. The same 5-speed gearbox does the transmission duties.

The exhaust system now accompanies an extra cannister which seems to be a secondary catalytic converter. Furthermore, the UCE power plant has got a new ‘EFI-350’ badge proudly resting on its core. Addition of an FI system usually benefits in the form of better refinement and throttle response. Hence, the BS6 Royal Enfield Classic 350 feels a bit nicer to ride.

The instrument console has gone through a mild tweak with the addition of a low-fuel and EFI-priming indicators, in place of the old Amp metre. A conventional fuel gauge still remains a miss. As an additional safety feature, the engine gets ‘side-stand cut-off’; something which is becoming quite common in modern two-wheelers.

The 350 models get dual-channel ABS as standard and certain variants (Stealth Black and Gunmetal Grey) get alloy wheels shod with tubeless tyres. The Chrome variant gets regular (yet tasteful) spoke wheels, but make do with the old tubed tyres. The visual improvements extend to new paint schemes (Stealth Black and Chrome Black) and contrasting seat upholstery as well.

As it was expected, prices of the new BS6 range have gone up by a significant margin. Compared to the outgoing BS4 dual-channel ABS variant, the BS6 line is dearer by around Rs 11,000. Bookings are open for Rs 10,000 and the company has also introduced a new aftersales scheme — 3-year warranty + 3-year roadside assistance.