Royal Enfield Classic 350 regular vs cheaper variant – Which one to buy? 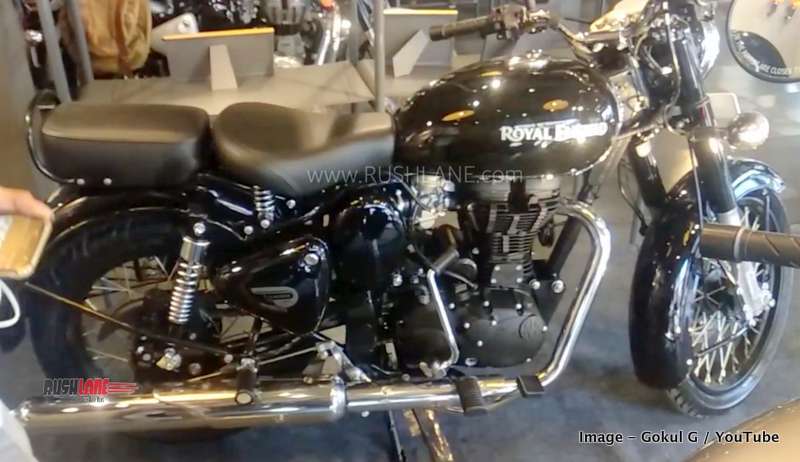 With rising input costs, many motorcycles have witnessed an upward price revision in recent times. Combined with prevailing downturn in economy and auto sector, sales have been badly hit for many two-wheelers.

Royal Enfield Classic 350 is one such product that has lost significant sales in recent months. As a strategy to counter vanishing sales, Royal Enfield has launched a trimmed down variant of Classic 350 known as Classic 350S.

Royal Enfield had used a similar strategy with Bullet 350, when it had launched Bullet 350 X variant in August. The strategy seems to have worked, as August sales data shows 10.71% YoY growth and 36.22% MoM growth for Bullet 350. Royal Enfield is probably aiming to achieve something similar with launch of Classic 350S. Here are some of the key differences between Classic 350 and Classic 350S. Watch the detailed walkaround video below by Gokul G below.

Styling: Classic 350 comes with a lot of chrome elements, which have been removed from 350S. Instead, 350S gets a blacked-out theme, wherein the engine, wheels, and other components have been done in black. 350S does not have the tank pad, as can be seen with Classic 350. It gets two new colour options – Pure Black and Mercury Silver.

Apart from these changes and some cosmetic tweaks, the two motorcycles are quite similar, sharing the same engine, frame, suspension and other components. Both bikes use the same 346 cc, single cylinder, air-cooled, twin-spark engine that generates max power of 19.8 bhp at 5,250 rpm and max torque of 28 Nm at 4,000 rpm. Engine comes mated with a 5-speed gearbox.

Which one to buy? Classic 350S is the same package, at a much lesser price. This makes it more value for money. If you are not a chrome fan, then there is no reason in spending the extra money on the regular variant of C350.

Classic 350 sales growth has been negative for several months. If there’s an improvement in September and October sales, it would indicate that the strategy of launching the affordable 350S has been a success.