The past month has been something of a challenge for Royal Enfield. Flat or negative growth was noted across most models in the company lineup in India. Royal Enfield Interceptor 650 and Continental GT 650 registered sales of 1,445 units. Exports increased by 49 percent to 2,564 units in February 2019 as compared to 1,723 units exported in the same month of the previous year.

Siddharth Lal, Managing Director and CEO of Eicher Motors cites rising input costs, increased insurance and price increase as reasons for this dismal performance which has been felt across the industry. Royal Enfield could also be facing heat from newly launched Jawa Motorcycles in India. 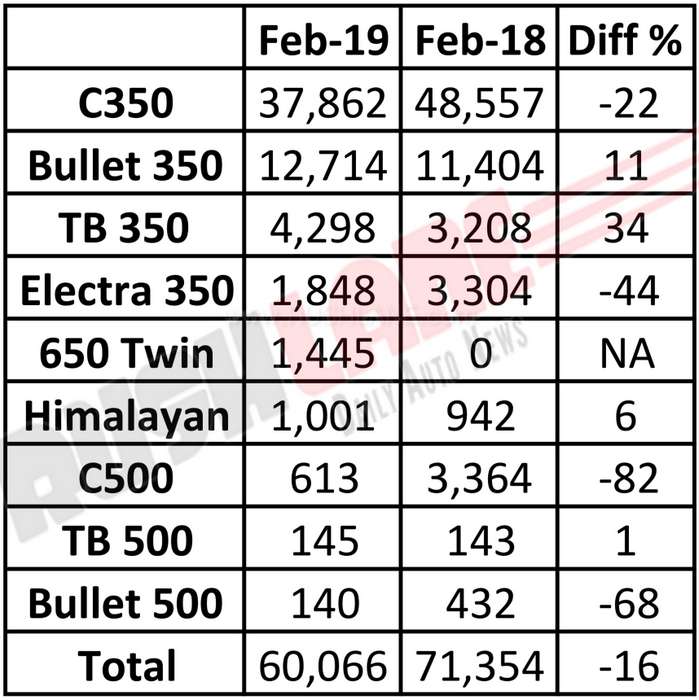 The company’s 650 Twins – Royal Enfield Interceptor 650 and Royal Enfield Continental GT 650 posted sales of 1,445 units in February 2019. Launched at the end of last year, these two models have been well received in India and are positioned as the company’s global products. The 650 Twins command a few months of waiting period in domestic markets and production has been ramped up to meet with this demand both in domestic and global markets.