Made by Thrissur-based ‘Legundary Custom Built’ and retailed by Bandidos Pitstop, belt-drive kit called ‘The Motorcycle Band’ for Royal Enfield motorcycles is claimed to offer noticeable performance gains in addition to several other significant advantages.

Priced at INR 15,800, the aftermarket accessory is designed to avoid any mechanical modification to the stock Royal Enfield motorcycle during fitment. The chain and sprockets are replaced by the belt-drive kit which is claimed to have improved transmission efficiency.

Bandidos Pitstop took a pair of Royal Enfield bikes – Interceptor 650 and Classic 500 fitted with The Motorcycle Band to Race Dynamics Bangalore to prove the performance gain by testing them on a dynamometer.

The video says that the Royal Enfield Classic 500 in its stock condition develops 14.9 bhp and 22.4 Nm at the wheel. The drastic difference between the manufacturers figures at the dyno test figures are because the manufacturer only specifies the performance generated at the crank.

These figures do not take into account various friction and transmission losses involved in propulsion system. In comparison, the Classic 500 equipped with the belt-drive kit managed to dish out 17.3 bhp and 29.8 Nm of torque. That’s a gain of 2.4 bhp and nearly 7 Nm of torque which should be easily noticeable in real-world conditions. 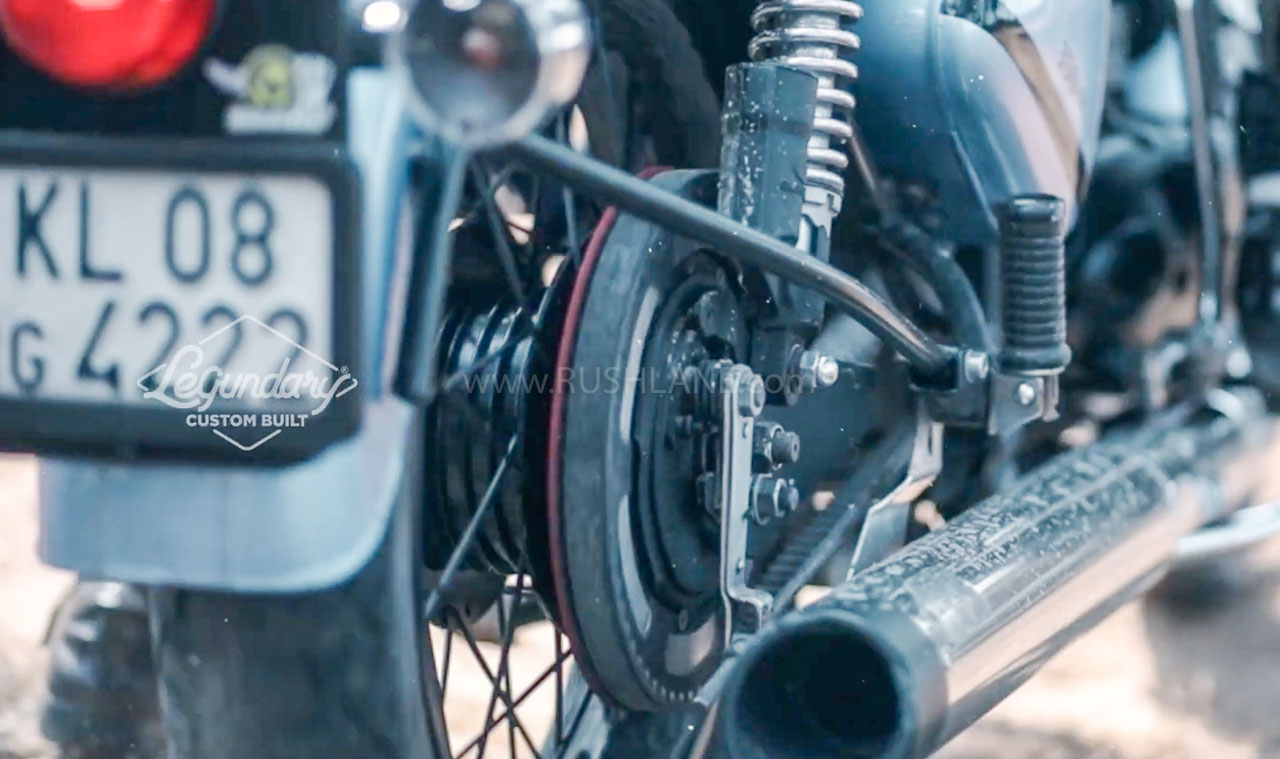 While Race Dynamics did not have the power and torque outputs of the stock Interceptor 650 at the wheel for reference, the belt-driven version managed to deliver 39.5 bhp and 44.8 Nm of torque at the wheel which translate into impressive transmission efficiency (due to significantly reduced friction losses).

In addition to obvious performance gains in real-world scenario, the belt-drive kits are claimed to offer smoother ride, better acceleration and lower maintenance (longer life, no need for lubrication whatsoever and only the belt need replaced when worn out, not the sprockets).

Bandidos offers a warranty of 3 years and unlimited km on the Royal Enfield belt-drive kit which should give the customers peace of mind. Of course, making a mechanical change to a Royal Enfield motorcycle would void the manufacturer warranty but this belt-drive kit sounds like an interesting performance-enhancing accessory for older motorcycles which are no longer under warranty. Would you buy one for your thumper?