Someone from West Bengal has taken a lot of pain to swathe his Royal Enfield Classic’s entire bodywork in brown leather (or it could be faux leather). The end result is a motorcycle that seems to have been inspired by the Indian Chief. In addition to leather, the modified motorcycle also receives a plethora of golden appliques.

Bodywork additions include a pair of leather lined luggage panniers and a massive rear bumper with integrated turn indicators (also wrapped in leather). The stock taillight has been done away with and it has been replaced by a pair of pannier-mounted lights. 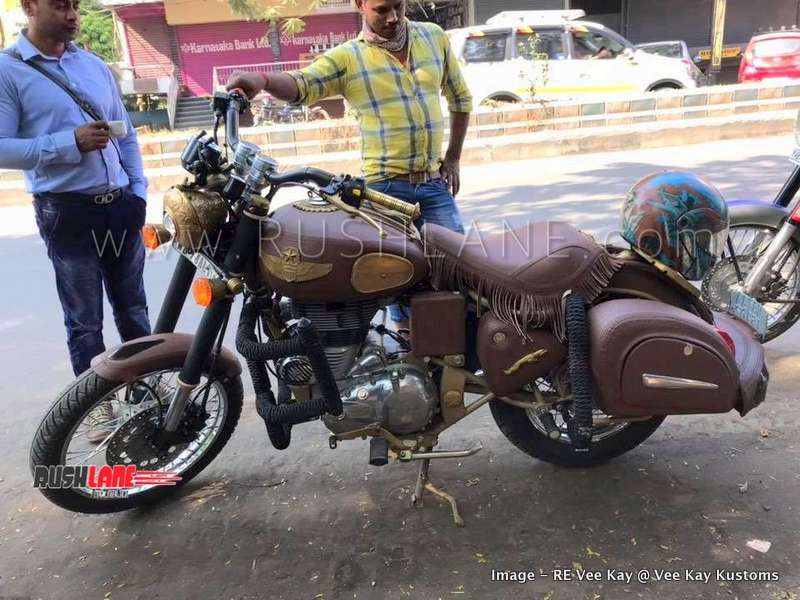 It’s not just the fuel tank but even the mudguards and side body panels are given the leather treatment. While opting for contrast golden accents is a nice touch, we feel it is overdone. The golden finish for the headlamp shroud, turn indicator housings, appliques on the fuel tank, chassis, centre stand, handlebar grips, and rear mudguard-mounted helmet holder, renders an ostentatious appeal to the motorcycle.

Apart from the aesthetic enhancements, this Royal Enfield Classic receives handlebar raisers for a cruiser-like ergonomics. The bike is also equipped with front and rear crash guards which are covered in tightly wound black thread for some reason. The front telescopic fork too receives matte black finish. The engine, spoke rims and front disc are the only components which are left untouched. 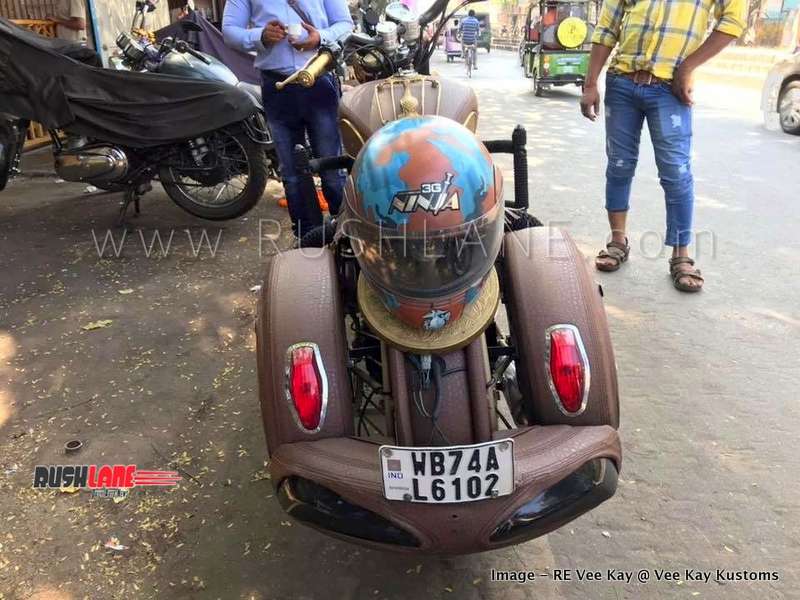 Finally, the standard instrument cluster has been replaced by two independent dials, one smaller than the other. There seems to be no mechanical change to the powertrain.

Royal Enfield has been introducing several special editions of its Classic range and new variants with special color theme to target customers who would like their motorcycle to be more exclusive than the mainstream variants. Despite that, several customers opt to personalize their thumpers in their own ways.