Royal Enfield Classic 500 modified to look like a Transformer

Chennai-based motorcycle manufacturer Royal Enfield discontinued its ‘UCE 500’ single-cylinder range ahead of BS6 emission norms. Rising competition and reduced demand were the key reasons for phasing out the decade-old air-cooled single-cylinder chassis. Furthermore, the British-origin brand’s highly desirable 650 Twins, Interceptor and Continental GT were available at a reasonable price jump over the ‘500’ models.

Mumbai-based bike builders Maratha Motorcycles has taken a rather unique approach whilst creating the Asura (based on a BS4 Royal Enfield ‘UCE 500’ chassis). Maratha Motorcycles states that the “sports cruiser” is inspired by a “Transformers beast”; quite possibly a Decepticon. The final result may not impress everyone but one cannot deny that it stands different from the usuals. 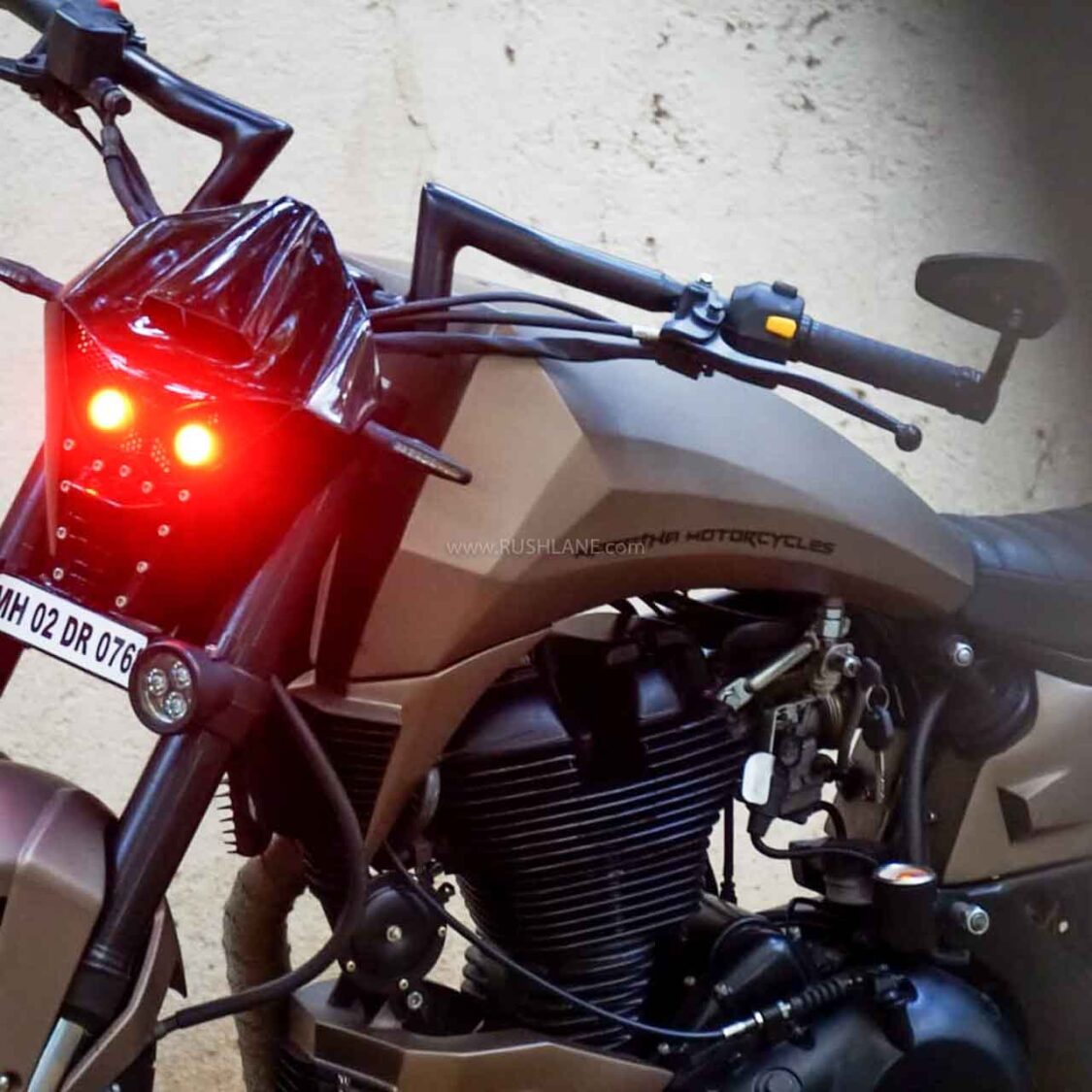 Maratha Motorcycles’ Asura project is finished in a satin gold shade (against a gloss black theme). It rides on 120/70ZR (F) and 240/45ZRA (R) tyres shod on black alloy wheels. The diamond-outlet exhaust system was made completely in-house at Maratha Motorcycles.

As a worthy tribute, Royal Enfield had introduced the limited-run ‘Classic 500 Tribute Black’ in BS4 format itself. It carried some exclusive styling bits and an ‘End of Build’ serial number plaque. Royal Enfield was able to find a decent number of takers via its dedicated online sales page. Meanwhile, the company is almost ready with its next-gen ‘UCE 350’ lineup that starts with the Meteor 350 (Thunderbird 350/350X replacement).

Hardcore Royal Enfield fans still find charm in the ‘500’ range, especially the Classic 500. Owing to this, the motorcycle sees considerable demand in the used market. It has also become a platform for motorcycle builders to test out their creativity. However, Royal Enfield’s single-cylinder range cannot achieve the form-function balance associated with 650 Twin mods. The entry-level parallel-twin middleweight siblings have become really popular in foreign markets due to their value for money.