This 1:1 scale model of RE 650 Twin is being towed by a Jaguar F-Pace, by Royal Enfield dealer in Latvia

Royal Enfield Interceptor 650 and the Continental GT 650 have both been success stories for the company ever since launched. These two bikes have found fan following not only in India but also in global markets, valued for their style, performance and price. It is the fact that they offer exceptional value for money makes them even more attractive to buyers.

But times are tough. Corona virus has taken a huge toll on the auto industry, not only in India, but globally. With each passing day, it is getting difficult for auto industry. Dealers are suffering, as there are hardly any new sales for most dealers. 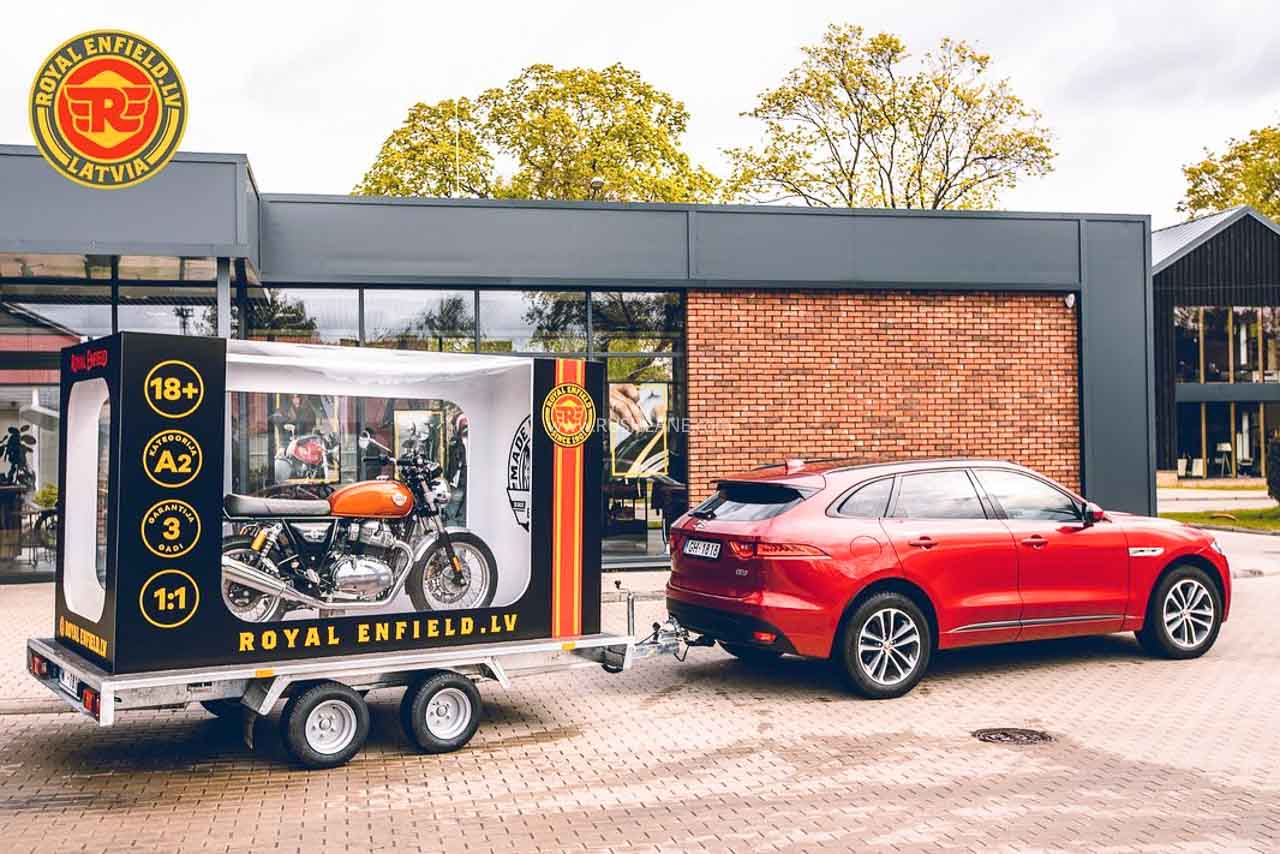 What is it that attracts buyers to the Royal Enfield models, both in India and in global markets? One of the reason could be its heritage and old world charm. It is worth mentioning here that at one time Royal Enfield was owned by Enfield Cycle Company Limited of Redditch, Worcestershire.

This UK based company sold motorcycles, bicycles, lawnmowers and stationary engines. It was in 1901 that the first motorcycle with Royal Enfield branding was produced. Though this business was shut in 1978, Royal Enfield was licensed by Indian Madras Motors which is now a subsidiary of Eicher Motors Limited.

The Royal Enfield Interceptor 650 is the newest and the most powerful modern day motorcycle from the company till date. It is sold across the globe. Including exports, RE 650 Twins were managing sales of 4,000 to 4,500 a month – making it one of the best selling motorcycles in its class.