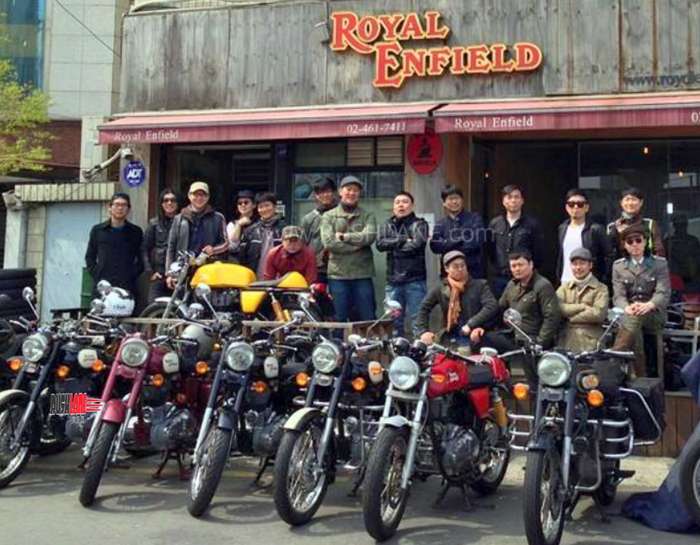 Royal Enfield expands its global reach in the mid-size motorcycle segment with its first authorized dealership opened in Seoul. The two wheeler maker has partnered with Vintage Motors (Kiheung International) as its local distributor and the company will be offering three motorcycles from its portfolio in South Korea for a start.

The two wheeler maker will also be introducing a range of riding gear, apparel and accessories in South Korea. The flagship store will commence full operation along with after sales service and availability of spares.

Royal Enfield has seen a notable increase in sales in APAC region with a 20 percent year on year growth. Meanwhile, the company has been noting dwindling sales in India over the past few months registering a 21.3 percent decline in sale in March 2019 as compared to sales in the same month of the previous year.

Royal Enfield sells motorcycles in India via a network of 850+ stores. They have dealerships in 50 global markets. Royal Enfield also operates through 38 exclusive stores in nodal cities like London, Paris, Madrid, Sao Paulo, Milwaukee, Bogota, Buenos Aries, Dubai, Jakarta, Bangkok and HCMC. Its entry into South Korea offers buyers in the country to upgrade to long distance leisure bikes that not only offer ideal riding conditions on the highway but also best suited for daily city commute.

Though Royal Enfield has been performing poorly in terms of overall sales, the company is noting outstanding sales of its 650 Twins, launched in India in November 2018. The current production which stands at 2,500 units per month is being ramped up to 4,000-5,000 units per month to meet increasing demand and to bring down long waiting periods which extends to 4-6 months