Launched in 2016, Royal Enfield Himalayan is one of the most popular adventure tourers in its segment against the likes of BMW G 310 GS and KTM 390 Adventure

Royal Enfield is arguably the most popular Indian bike brand overseas. True that most of it has to do with the company’s rich British heritage but the manufacturer has come up with solid and reliable products in the recent past which have been the prime reasons for expansion of its overseas markets.

Now the bikemaker in association with UK distributor Moto GB has announced the launch of an Adventure Edition of its adventure tourer motorcycle Himalayan in Britain. This special edition model of the tourer comes with several accessories as standard to make it adventure-ready straight from the showroom. 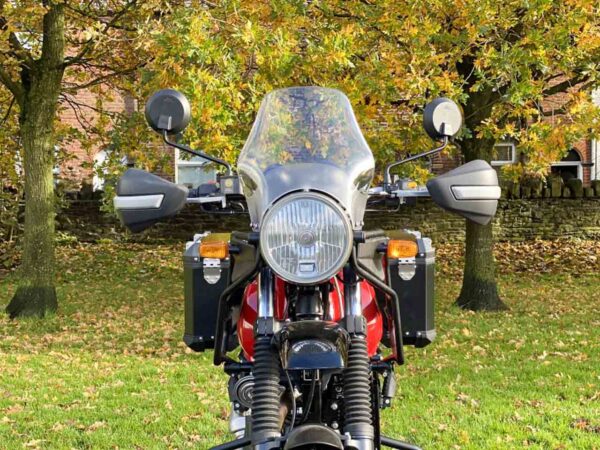 The list of accessories includes standard aluminium panniers and mounting rack, handguards, and black engine crash guards which are otherwise offered as optional fitments. The panniers are the biggest highlights which are installed along the brackets to provide necessary storage area for the rider’s personal belongings. Although all these accessories are available at dealership levels and do not come factory fitted.

This limited edition model is offered at a price of GBP 4,799 equivalent to INR 4.73 lakh which is a premium of GBP 400 (INR 39,446) over its base variant. The idea behind this is to provide an adventure-ready motorcycle to the buyer straight from the showroom without any hassle. The option of customizing accessories according to one’s choice is also open. 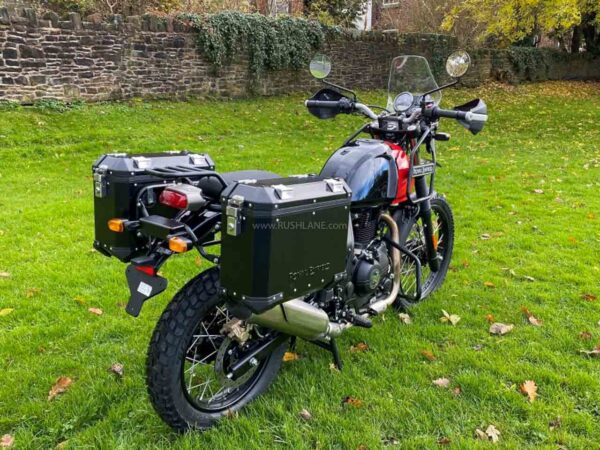 Apart from these additional accessories onboard, there are no mechanical or aesthetic changes made to the Himalayan. It is based on the same half-duplex split cradle frame while suspension duties are carried out by 41mm front telescopic forks at front with 200mm of travel and a rear mono-shock unit with 180mm of travel. Anchoring is taken care of by a 300mm disc at front and 240mm disc at rear that are assisted by dual-channel ABS.

In terms of its powertrains, it is powered by a BS6 compliant 411cc single-cylinder engine which produces 24.5 bhp at 6500 rpm and 32 Nm at 4000 – 4500 rpm. This unit is linked to a 5-speed gearbox. The latest BS6 models are also available with dual-tone colour variants. 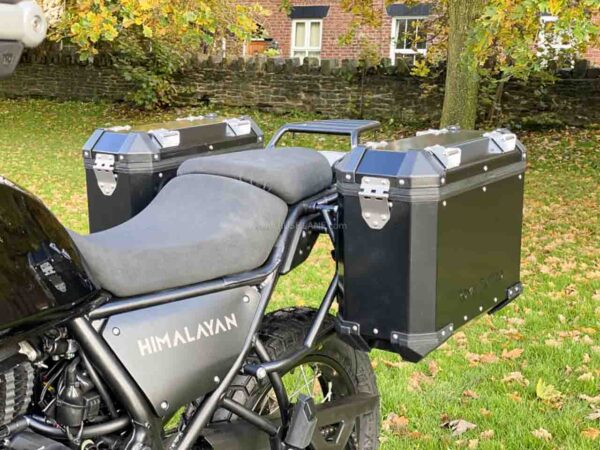 The company recently launched its much-hyped Meteor 350 in Thailand just a few days after its India launch. The cruiser has been developed by Royal Enfield as a global product and it intends to launch it in several overseas markets in the near future. Apart from this, the Chennai-based bikemaker is also looking to launch a new generation of Classic 350 in coming months which is likely to be powered by a new 350cc mill same as the one offered in Meteor.