A couple of days ago Royal Enfield announced that it will be setting up a new manufacturing facility in Argentina which will assemble some of its models locally. These models include the Himalayan, Interceptor 650 and Continental GT 650. This is the brand’s first overseas manufacturing facility outside India.

The facility is situated in Buenos Aires, the country’s capital. It has been set up in partnership with Grupo Simpa, Royal Enfield’s local distributor in Argentina since 2018. Considering the monumental development, the inauguration event was attended by none other than Alberto Fernández, President of Argentina.

In addition, the country’s police has employed the services of Royal Enfield Himalayan. The police have inducted a specific number of Himalayan units into its force, with special blue livery. There are also some modifications made, it has the PFA (Argentina Police) logo on the fuel tank of Himalayan, there is a PA system installed along with police lights. 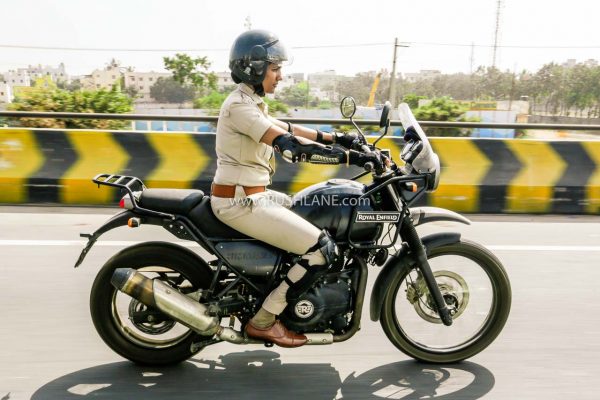 This is a proud moment for Indian bike brand Royal Enfield as well as its fans in India, as a Police Force of another country inducts RE motorcycles into their force for official use. Himalayan is being used by select units of the Indian Police as well. Some time back, Royal Enfield in association with Bengaluru Police drafted ‘We for Women‘. This is an all women police officer’s brigade – focusing on making life for women and children safer in the city.

Apart from Argentina, the iconic Indian bike maker has five exclusive stores in China while there are 31 stores and 40 other retail touch points spread across Latin America. Overall, the brand has its presence in over sixty countries across the globe. Furthermore, with new launches lined up, Royal Enfield may decide to locally produce the upcoming models in Argentina and export it to the rest of Latin America.

In India, Royal Enfield is currently gearing up for the launch of the much anticipated Meteor 350 which will replace the Thunderbird 350 and 350X from the company’s lineup. The Meteor 350 will be a cruiser motorcycle and will be offered in three derivatives- Fireball, Stellar and Supernova.

The Meteor 350 is going to be the first model under the new range of UCE350 motorcycles from Royal Enfield. This new range will employ a completely new 350cc air-cooled motor and a brand new platform called ‘J1D’. This new engine ditches the old push-rod tech for a SOHC setup. The new generation classic 350 will also fall under this category.

The new 350cc powertrain is said to put out 20.2 bhp and 27 Nm of peak torque. This is 0.4 bhp more but 1 Nm less than the older unit. The bike will come with technology such as Bluetooth technology, inbuilt turn-by-turn navigation called ‘Tripper Navigation’ and much more. The bike is expected to go on sale in a few days’ time.