The motorcycle sported a three tone color scheme and boasted of branding from Royal Enfield, Himalayan and Dakar. It was seen with off-road ready features such as a revised body work, better crash protection and more powerful headlights. 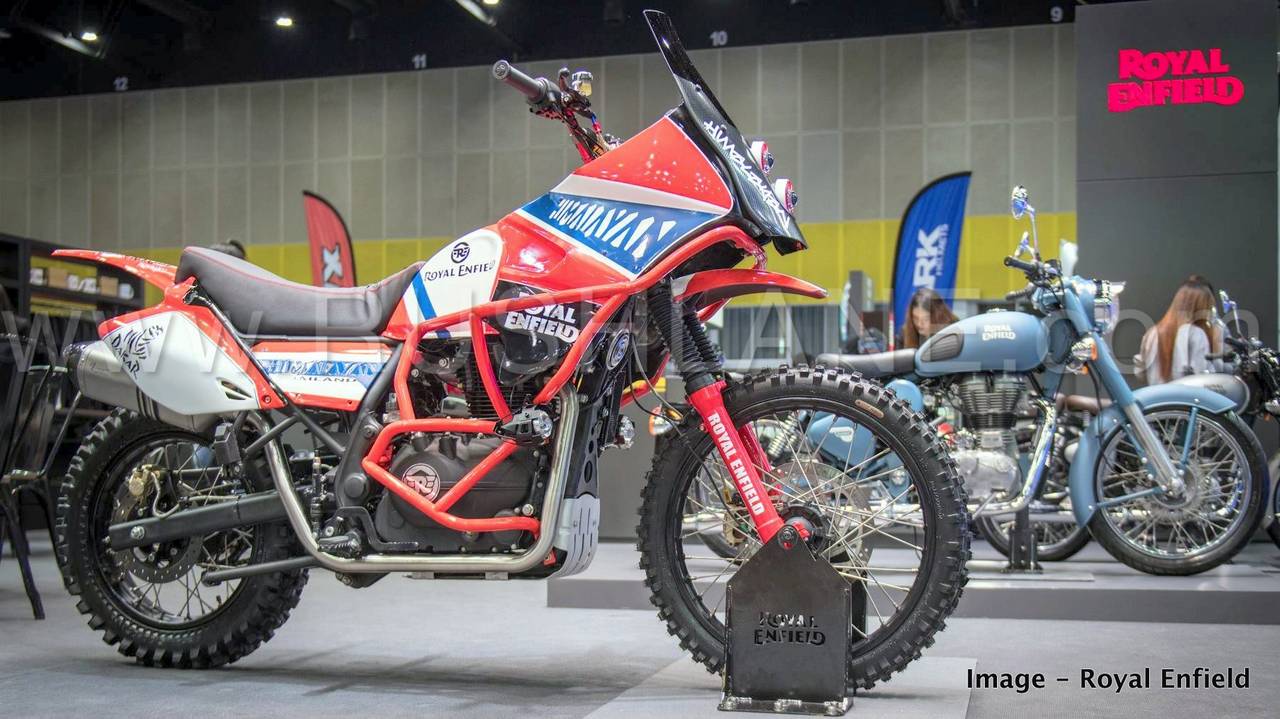 This new headlight is a pair of vertically stacked projector units which are housed in a new mask that also doubles up as a windscreen, offering better aerodynamics. The Dakar edition also sports new semi fairing behind which are tall set handlebars designed for better ergonomics. Added body work includes a crash guard package, a pair of auxiliary lights to illuminate the darkest of roads and a pair of knobby tyres fitted to the 21” front and 17” rear wheels.

Among other features noted on the Royal Enfield Himalayan Dakar Rally Edition is a plush saddle which is a single piece unit as against the split seat design seen on its earlier counterpart. This saddle has sufficient padding to offer added comfort to the rider. 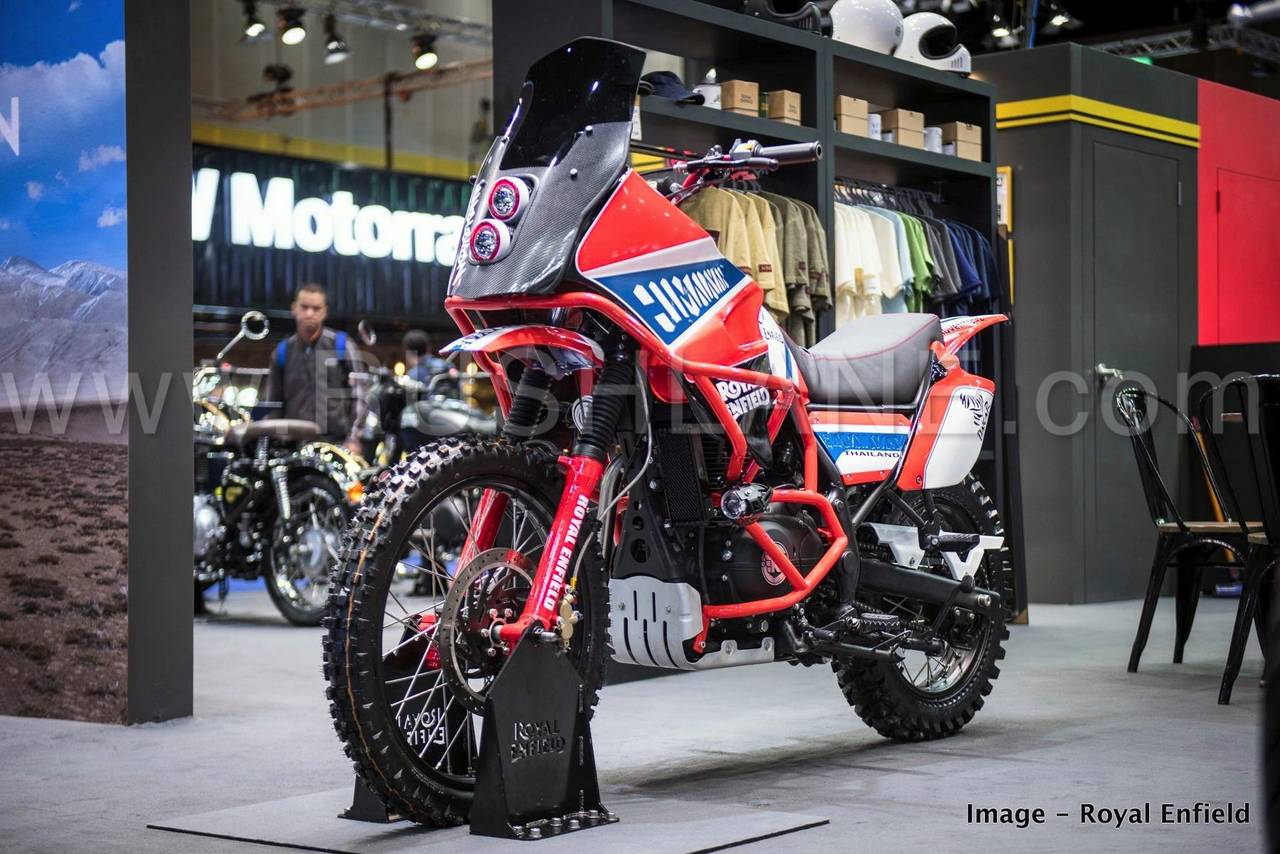 No engine details have been revealed as on date. But considering the amount of upgrades added, there is a high chance that the engine has been tuned to deliver better power and torque. In its present state, the standard 411cc, single cylinder engine delivers 25 PS power and 32 Nm torque via 5 speed gearbox.