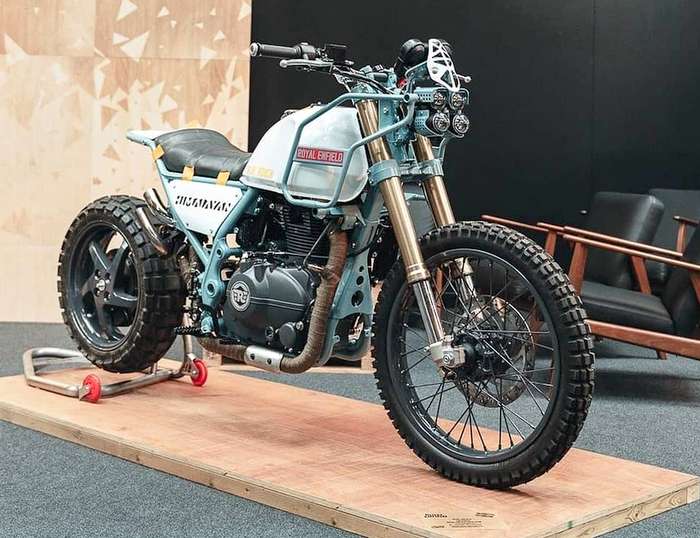 Royal Enfield showed off three motorcycles at the 10th Edition of Bike Shed exhibition. These included two custom Continental GT 650s and a modified Himalayan. All three are factory approved projects, which basically means that these are mod-jobs are officially approved by Royal Enfield.

The modified Royal Enfield Himalayan was labeled MJR Roach. It is designed with added styling and premium hardware giving it a distinctive look. The first and most noticeable of these changes included the headlamp.

The MJR Roach is fitted with four pod projector lamps. It also gets a single sided swingarm, the windscreen was removed and there was a custom panel in its place positioned just above the headlamps while at the rear, the bike gets a monoshock suspension and upside down telescopic forks in the front. 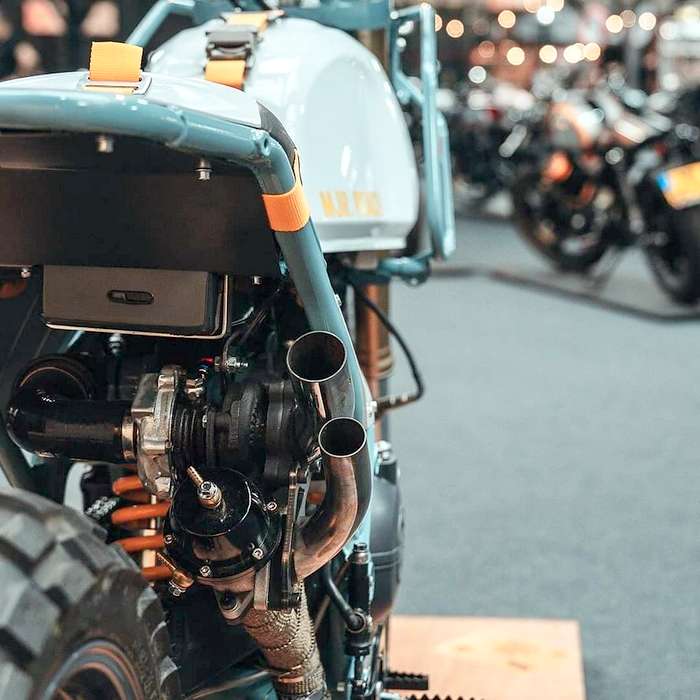 Modifications also included a new paint scheme matching its crash bars and headlamps, with a yellow coloured belt running over the top of the bike. The seat was also modified into a single seater while a luggage rack has replaced the pillion seat. Though the front wheel remains the same as that seen on its stock model, the rear wheel was customized and both wheels get off road knobby tyres.

Himalayan MJR Roach features a customized twin pipe exhaust system in place of its conventionally positioned stock exhaust. Braking power comes from disc brakes on both wheels. The rear disc brake has been repositioned giving the bike an extreme off roading stance.

No changes have been made to the engine and the Himalayan MJR Roach continues to be powered by the same engine as the stock model. This 411cc, single cylinder, air cooled SOHC engine offers 24.5 bhp peak power at 6,500 rpm and 32 Nm peak torque at 4,250 rpm mated to a 5 speed transmission.

The stock model is sold at Rs.1.80 lakhs in India and presented in colour options of Snow White, Granite Black. There is no direct competition as of now, but in the price range there are offerings like Bajaj Dominar 400. Himalayan has found favour among adventure aficionados in the country as it is the only purpose built off-road machine on offer in this price.