There is no shortage of custom Royal Enfield motorcycles which are modified to serve an entirely different function than the original model. We have come across a fair share of bullets turned into choppers, adventure tourers and even sporty looking roadsters but this Royal Enfield Himalayan turned into an off-roading cruiser takes the cake.

It seems someone wanted to amalgamate the Himalayan’s go-anywhere appeal with the Thunderbird’s laidback character. The final result is a custom motorcycle that is very interesting although it defeats the stock Himalayan’s purpose. 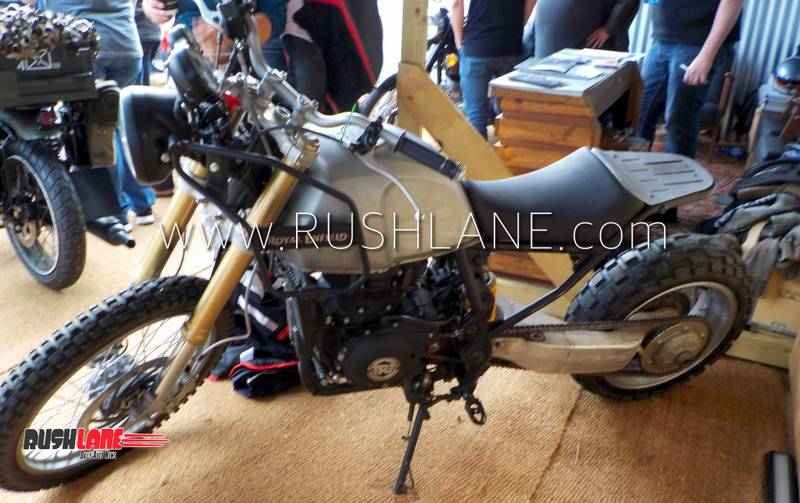 The work gone into making this modified Royal Enfield Himalayan is extensive to say the least. The rear half of the motorcycle is completely new. Not that the first half has been left intact. The main frame has been retained as it is but by playing around with the suspension system and rear wheel/tyre size, the customizer has achieved a cruiser stance.

The regular long-travel telescopic front fork has been replaced with an equally long but sturdier inverted telescopic unit. The rear continues to feature a monoshock suspension but its orientation and location has been changed. The stock swingarm makes way for a single-sided box section custom element that appears to be made of aluminium. 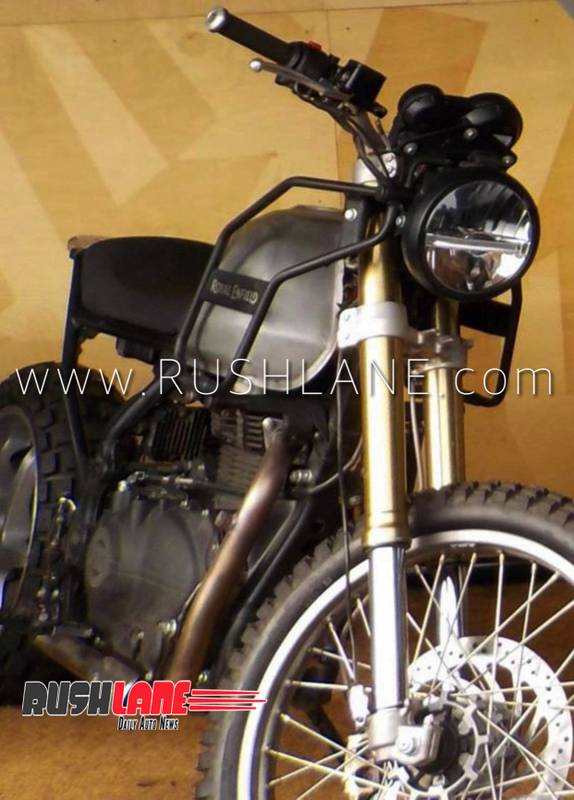 Thanks to the missing center panel, the motorcycle looks a lot less bulkier than the original version. The rear spoke wheel is thicker but is smaller in diameter and the sprocket is custom made. Knobbie tyres attempt to compensate (to some extent) for this Himalayan’s lost adventure tourer traits. The list of things absent on the custom bike include the windshield, front and rear mudguards, rearview mirrors, bash plate, pillion seat (replaced by a luggage rack), and silencer canister.

Other noteworthy modifications include a new headlamp with an LED element and flatter handlebar with alloy levers. The engine seems to be retained without any mechanical changes. The stock Royal Enfield Himalayan’s 411 cc single-cylinder air-cooled engine produces 25.4 bhp and 32 Nm of torque. The output is harnessed by a 5-speed gearbox.