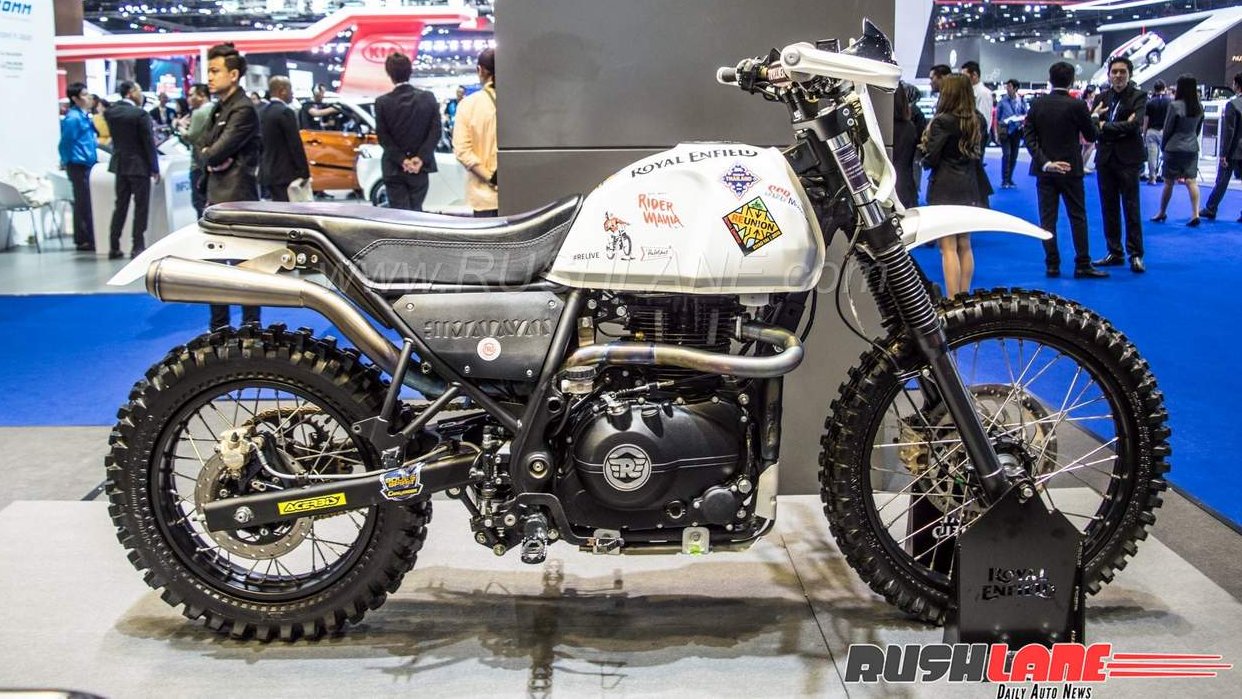 Things that have gone missing include the headlamp and visor unit (which is replaced by a flat body-colored plastic shield), fuel tank guard, front tyre-hugger, chain guard, grab rail, taillamp and pillion seat. The motorcycle is full of random stickers that promote RE expeditions and accessory brands.

Noteworthy changes include a nearly flat handlebar which makes for a significantly altered ergonomics, and a custom exhaust system which underseat canister. The motorcycle is also equipped with knobby tyres to handle dirt. The chain and sprocket set also seems to have been upgraded.

There is no info on other mechanical changes. In its stock condition, the Royal Enfield Himalayan’s single cylinder 411 cc air-cooled fuel-injected engine puts out 24.5 bhp and 32 Nm of torque when mated to a 5-speed gear box. 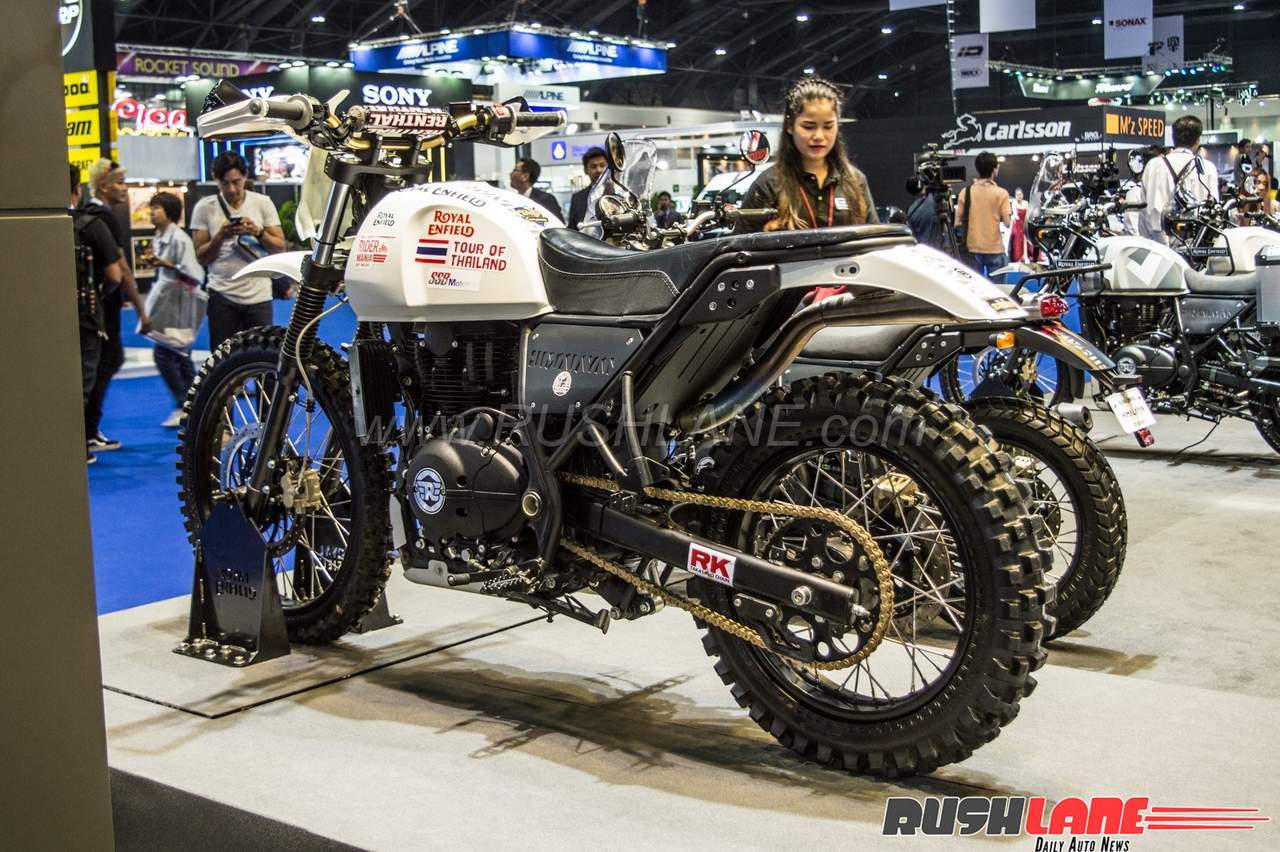 The cradle frame chassis is suspended by means of long travel (200 mm) telescopic front fork and a monoshock with a travel of 180 mm. The front and rear wheels are retarded by means of a disc brake each.

Thailand, being a huge two-wheeler nation in Southeast Asia, would be a very important market for the Indian retro classic brand to achieve its long term goal of global leadership in medium displacement motorcycle segment.