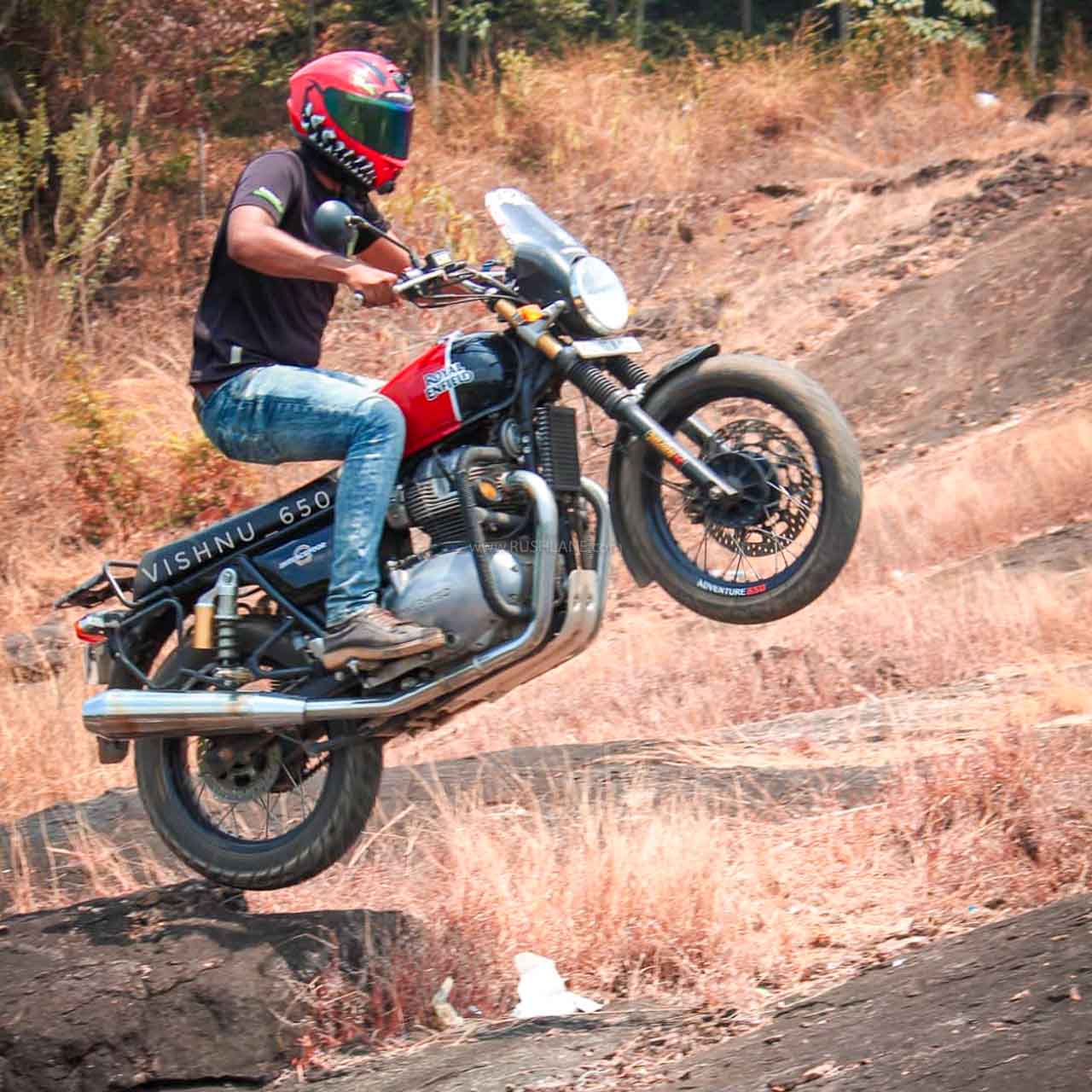 The Royal Enfield Interceptor 650 and Continental 650 mark a whole new and very important chapter for the Indian retro-classic motorcycle brand. The Twins are the first models to fully benefit from RE’s establishment of technology center in the UK, and are crucial for the brand’s long term goal of becoming a global medium displacement leader.

While the ageing 350 and 500 family of Royal Enfield thumpers are known for being unrefined and a bit handful when it comes to maintenance, the 650 cc platform has quickly earned a reputation for their overall quality, refinement and decent performance.

The Interceptor 650 is a non-nonsense classic roadster which, like all Royal Enfields, can adopt extensive customization. Transforming it into a scrambler is an obvious choice and with right accessories, the motorcycle can handle a bit of dirt road. As it turns out, it can handle some serious abuse off the road even in its stock avatar and this video is a testament to its build quality.

A rider from Kerala (Instagram – vishnu__650) is seen subjecting the motorcycle which is primarily designed for sedate weekend rides to some serious off-road punishments. The motorcycle can be seen wading through water, handling several high jumps and cornering intensely. The manoeuvres clearly challenge the Interceptor 650’s frame and suspension system. The video shows the flagship RE taking the abuse without any complaints.

While riding any motorcycle in this fashion would reduce its longevity, it is good to know that the Interceptor is not prone to jettisoning its parts while being subjected to high-intensity off-roading for which it is not intended for. Due credits to the Royal Enfield Interceptor 650’s double-cradle tubular steel frame engineered by Harris Performance which is suspended by means of 41 mm telescopic front fork with 110 mm travel and twin gas-charged shock absorbers with 5-stage pre-load adjustment at the rear with 88 mm travel.

The retro-classic roadster is powered by a new 648 cc oil-cooled parallel-twin engine which is tuned to produce 47 hp at 7,250 rpm and 52 Nm of torque coming in at 5,250 rpm. RE says that around 80% of the peak torque is available from 2,500 rpm. This makes it an easy-to-ride motorcycle. The motor is mated to a 6-speed gearbox.