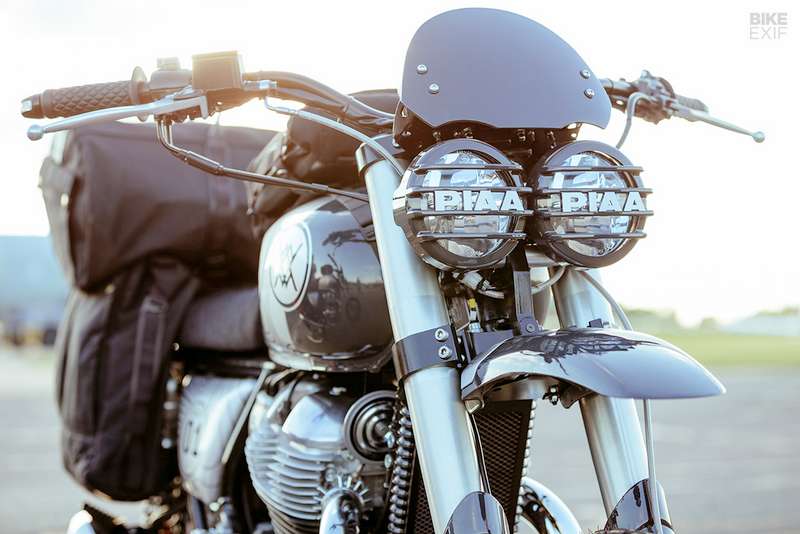 British travel gear company, Malle, has customized two Royal Enfield Interceptor 650s. These classic bikes were part of a 1,200 mile (2,000 km) rally, which was held over a period of 5 days starting from 24th June 2019 and which traverses across the wildest landscapes in the United Kingdom.

Specially customized by designers, Robert Nightingale and Jonny Cazzola, the engineers have given the bikes the Scrambler treatment with special on-board equipment so as to withstand this test across some of the dirt roads in the UK. These modifications and custom built parts enhance the looks and performance of the Interceptor 650s while the basic frame work and engine specifications have been retained.

Modifications included a new rally styled high set mudguard in the place of the stock mudguard, new end pipes from British Customs which take the place of stock exhausts. These new exhausts allow for a better lean angle and also provision of luggage mounting facilities. 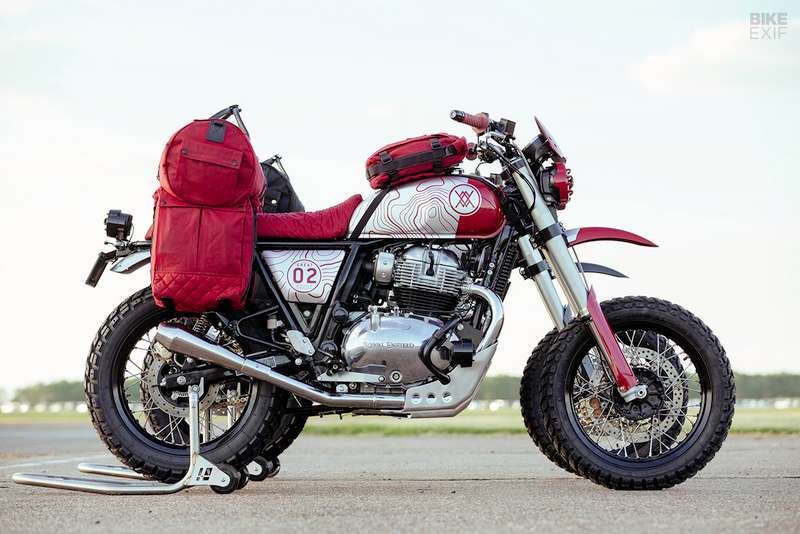 The two RE Interceptor 650s also get adjustable upside down front forks from WP Suspension in the front and gas charged shock absorbers at the rear offering higher travel as compared to that seen on the stock unit. To further enhance its off road performance, the Interceptor 650s have been fitted with on-off road tyres at the front and rear from Knobbly TKC80.

Headlamps now sport a twin setup from PIAA which can also be rotated while tail lamp is also from PIAA. Malle has also outfitted the two bikes with luggage. These include a tank bag and panniers along with a top bag at the rear. The Moto panniers can accommodate about 20 kgs of luggage with space for rally tools, assorted kit and supplies which could come in handy in case of a breakdown along the route. The tank pack also contains a couple of USB charging ports for phones, a GPS system and set of torches along with a first aid kit and storage space for food and water.

The Interceptor 650s sit on new Heidenau K60 dual sport tyres so as to enhance their off road performance. They have also been painted in a unique color scheme to indicate various single tracks that the rally riders will be taking while under the engine an aluminum bash plate is fixed so as to allow for efficient riding over challenging road conditions. Since no power or torque figures have been revealed it is safe to say that the engines remain untouched in terms of mechanics and performance.

The Interceptor 650 is powered by a 647cc, newly developed unit with air / oil cooling and fuel injection offering 47 bhp power and 52 Nm torque mated to a 6 speed manual gearbox with ABS as standard and is priced at Rs.2.37 lakhs in India.