Royal Enfield has posted sales report for January 2019. In the past month, sales in domestic and export markets stood at 72,701 units, a decline in sales of 7 percent over the same month in the previous year.

Royal Enfield 650 Twins – Continental GT 650 and Interceptor INT 650 are expected to see a a further increase in exports. The bikes have been launched in markets across US and Europe and also in South East Asian markets with sales expected to gain momentum from March 2019. 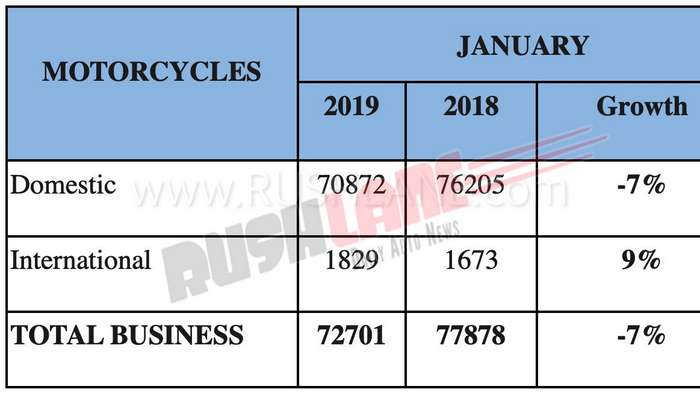 In other news, Royal Enfield has signed an agreement with the Government of Tamil Nadu. Investment to the tune of Rs.1,500 crores will be made over the next five years towards expansion of capacities at the company’s three facilities at Thiruvottiyur, Oragadam and Vallam Vadagal from where production of motorcycles both for domestic market and exports are going to take place. A new Technology Center at Old Mahabalipuram Road in Chennai is also in the process of being set up.