Royal Enfield sells models like Bullet 350, Classic 350, Himalayan, Continental GT 650 and Interceptor 650, in India, commenced plant operations from 5th May 2020 following the unlock announced by govt. June sales have been announced and de-growth has been reported both in terms of domestic sales and exports. 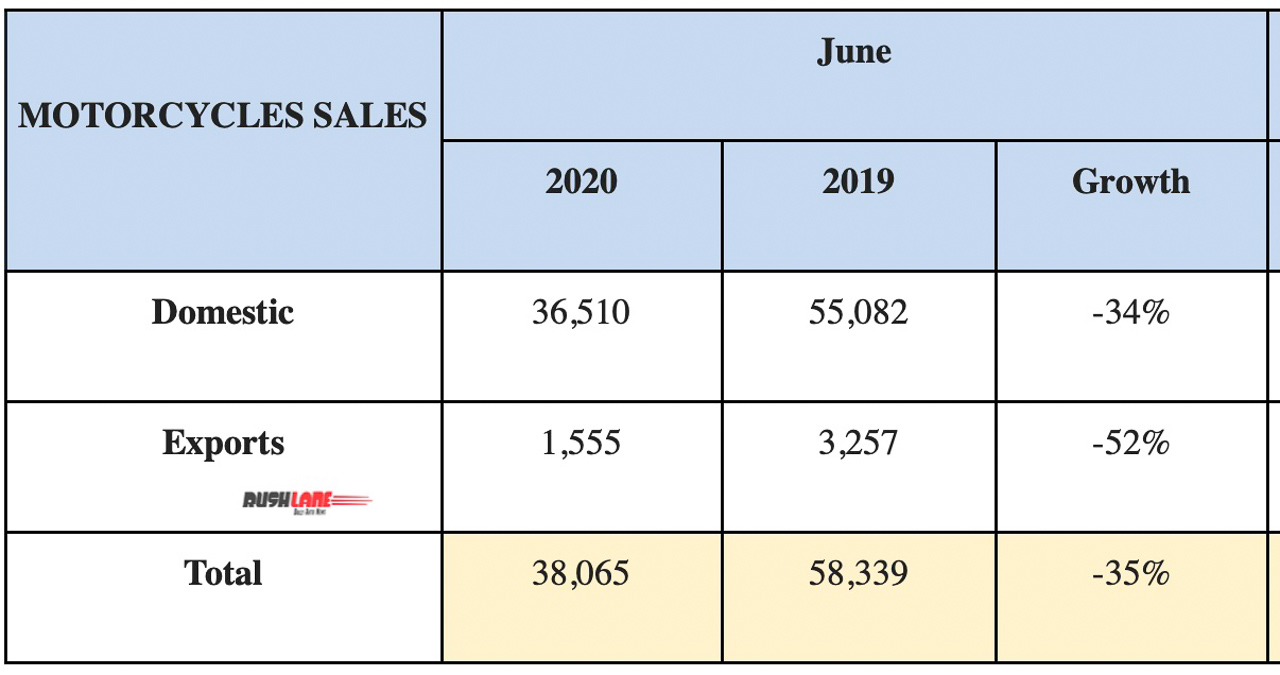 Major chunk of domestic sales were thanks to the Classic 350. Bullet 350 and 650 Twins have also helped in adding to the sales tally. The 500 cc series has been discontinued, and so is the Thunderbird series. Replacing the Thunderbird range will be the Meteor 350, which is expected to launch this month. Expect prices to be in the range of Rs 1.6 lakhs. RE can expect sales to grow even further, post launch of the Meteor.

To woo customers back into showrooms after the lockdown, Royal Enfield introduced several initiatives. They have brought in an exclusive apparel and riding gear range for women riders. This range was introduced in the country on 15th June and is priced between Rs.700-14,000. The collection, which includes riding jackets, trousers, gloves and helmets along with tee shirts, shirts and jeans are specially designed keeping in mind the riding habits of women riders and weather conditions in India.

In view of the social distancing and safety and hygiene principals to be followed, Royal Enfield not only adheres to these regulations at all of its plants and showrooms but has introduced a complete contactless sales and service initiative. Doorstep services are offered at customer’s residences while purchasing can be done via the company’s online portal with cashless purchase.

Royal Enfield ‘Service on Wheels’ consists of a fleet of mobile service ready motorcycles especially designed to carry tools, equipment and genuine spares to perform upto 90 percent of all service and repair requirements at the customer’s doorstep while it also takes care of roadside assistance.