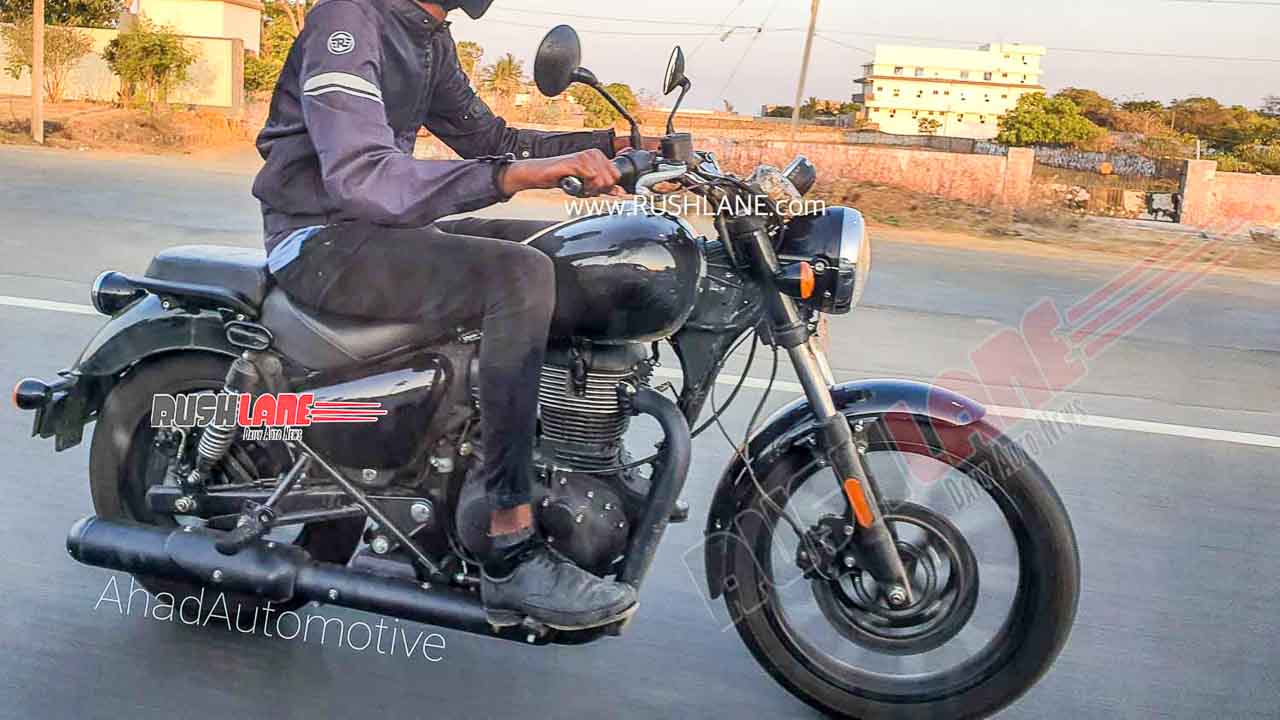 An entirely new product and a replacement for Thunderbird 350, Royal Enfield Meteor 350 will launch next month

The earlier plan to launch Meteor 350 in April has been shelved on account of the ongoing pandemic. Meteor 350 comes with entirely new bodywork, even though it retains the core character of a tourer.

Launch of Meteor 350 will be an exciting moment for motorcycling enthusiasts who have been waiting for quite some time to see the next generation of Royal Enfield motorcycles. Some of the major changes that are easily noticeable include large front and rear fenders, new fuel tank with a redesigned fuel-filler cap and updated side panels. When viewed up close, the bike looks quite bulky.

Powering Meteor 350 is the new overhead camshaft (OHC) engine, which will also power the next generation of other Royal Enfield 350 cc motorcycles. Existing 350 cc RE motorcycles are powered by a 346 cc single-cylinder engine that utilizes the tappet-valve system. This is quite outdated and has lived its useful life.

RE’s new 350 cc engine is BS6 compliant and comes with fuel injection (FI) system. Meteor’s engine details are yet to be revealed, but power and torque is expected to be close to that of existing 350 cc engine. For records, the BS4 350 cc engine outputs 19.8 bhp of max power and 28 Nm of max torque. Engine is mated to a 5-speed transmission.

Meteor 350 utilizes the new modular J platform, which seems to have a tubular frame configuration like its predecessor. Other components that have been carried forward include telescopic front forks and twin gas-charged shock absorbers at the rear. Braking duties are performed by disc brakes at both ends. It is likely that Meteor 350 will be offered with dual-channel ABS as standard.

With its new platform and next-gen engine, Meteor 350 will have improved ride dynamics. As compared to its predecessor, Meteor 350 will be lighter, powerful, and more responsive. It will allow faster acceleration, have less vibration and come with improved braking capability.

Users can also expect comfortable rides, as the motorcycle comes with broad seats and a relaxed riding stance. With the BS6 upgrade and other new features, Meteor 350 is expected to be priced a bit higher than Thunderbird 350. Expect prices to be in the region of Rs 1.65 lakhs, ex-sh.