Chennai-based motorcycle manufacturer Royal Enfield is almost ready to launch its new-gen ‘UCE 350’ range that starts with the much-awaited Meteor 350. Essentially a replacement to the now discontinued BS4-compliant Thunderbird and ThunderbirdX 350 siblings, the 2020 Royal Enfield Meteor 350 sits on an all-new platform, gets an improved air-cooled power plant and features a host of modern equipment.

Over the months, we have shared multiple spy images and videos of the Meteor 350. Many have spotted the cruiser doing test runs across the stretches of India. Exciting times lie ahead of Royal Enfield fans since the British-origin automaker plans several interesting products for the near future. Using the same ~350cc mill, another prototype (supposedly dubbed ‘Hunter 350’) is also doing rounds wearing heavy camouflage. 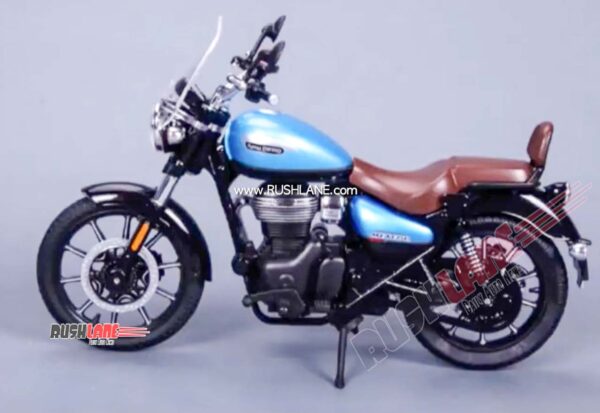 To the surprise of many, the company has even revealed that it is working on all-electric models for the years to come. A Royal Enfield without the typical ‘thump’, or virtually zero noise for that matter, may upset hardcore ‘RE fans’. However, this is something to think about at a later stage. Let us dive into what is hitting our market in a few months’ time or maybe even weeks.

We bring you an exclusive glimpse into what the upcoming new-gen ‘UCE 350’ model offers. In a brochure leak (more like a dealers’ overview), one can understand the variants, colours and cosmetic features of the new Royal Enfield Meteor 350. There are seven colours in total: Fireball Yellow, Fireball Red, Stellar Red metallic, Stellar Black matte, Stellar Blue metallic, Supernova Brown dual-tone and Supernova Blue dual-tone. 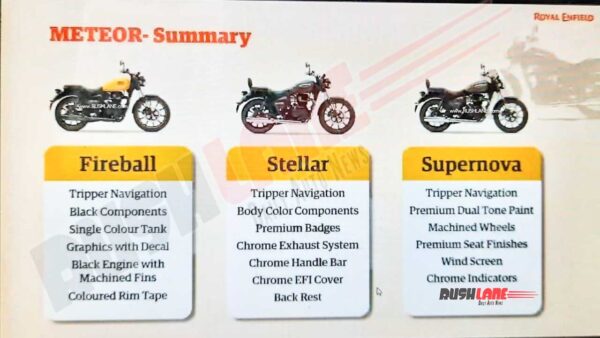 As the names suggest, the 2020 Meteor 350 comes in three variants: Fireball, Stellar and Supernova. It is worth mentioning that the ‘Fireball’ variant was previously leaked from an online configurator page. 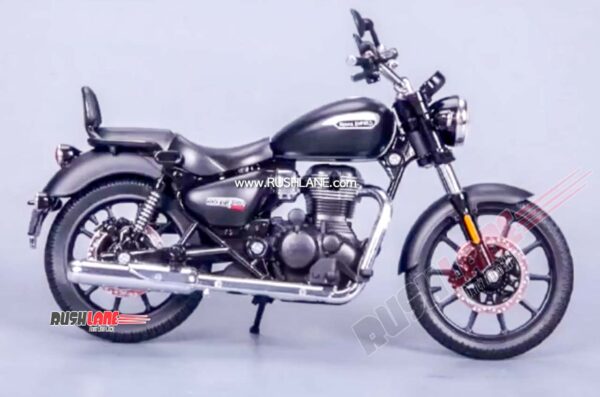 Unlike the archaic tappet-valve arrange of the current-gen BS6 ‘UCE 350’ mill, the new avatar might have an OHC (Over Head Cam) setup. This can boost output by a significant margin. For reference, the existing 346cc air-cooled FI single-cylinder engine generates just about 20bhp and 28Nm. The Royal Enfield Meteor 350 is expected to get a 5-speed transmission as its predecessor. Ex-showroom prices should start at roughly Rs 1.65 lakh (Rs 10,000-15,000 over the Thunderbird 350).