Royal Enfield Meteor 350 will replace the Thunderbird 350 upon launch

But which is this new bike? As expected, it will be the Royal Enfield Meteor 350, a replacement to Thunderbird 350. Exclusive spy shots from Youtube channel Mad Biker, confirms that the new motorcycle is in fact called Meteor 350. Until now, the name was not confirmed, but with the name sticker clearly visible in these spy shots, it is now confirmed. 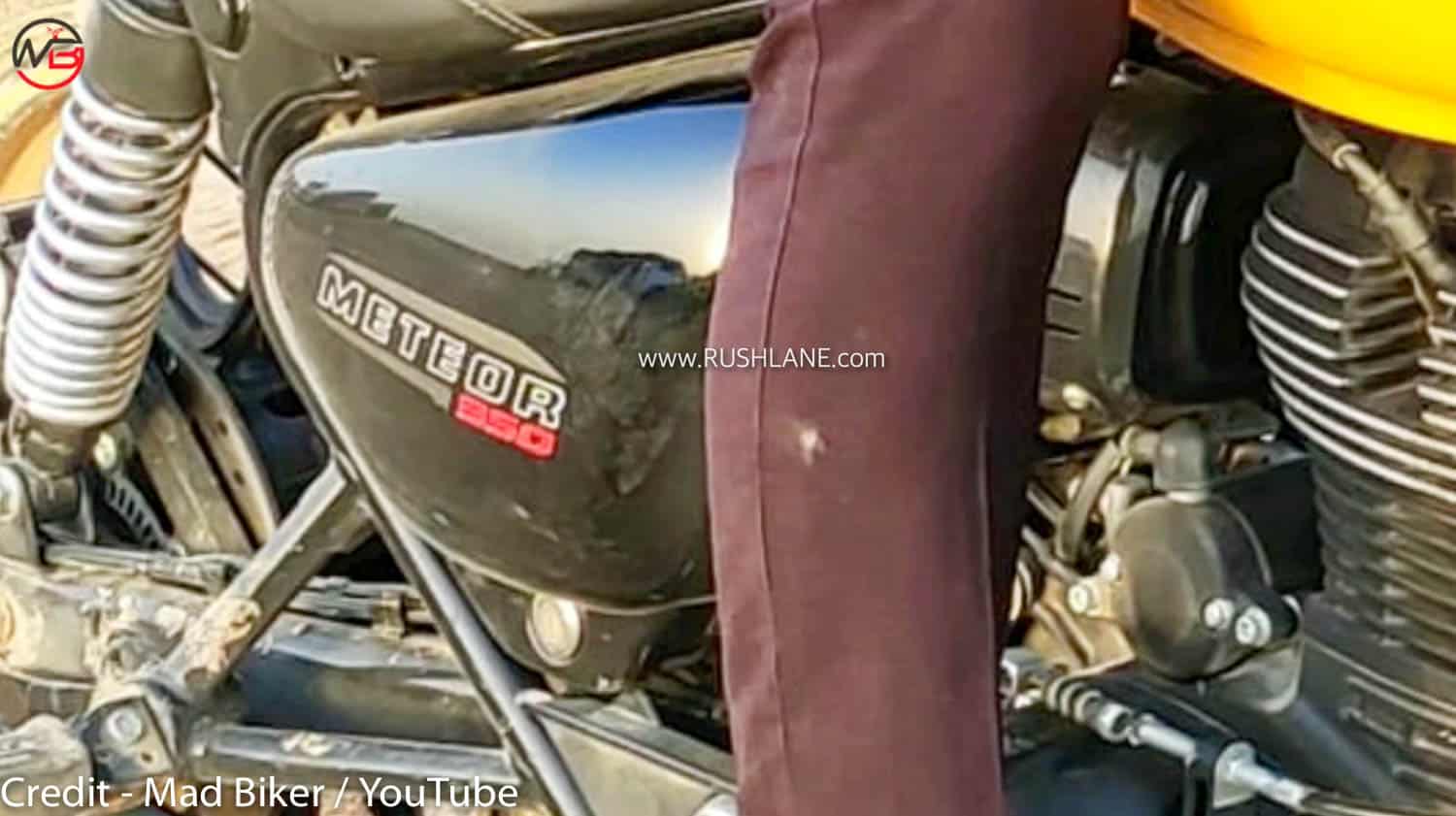 This leaves us with Thunderbird range. With the name of Meteor 350 now confirmed, it is now more or less clear that the Thunderbird name will also be discontinued. Royal Enfield Meteor 350 will officially replace Thunderbird 350 upon launch in the coming months.

The Meteor 350 is based on a completely new platform and is powered by an all new generation of engine. This has resulted in the bike being lighter, more powerful, more responsive, deliver better acceleration, less vibrations, better brakes, etc. The seating position has also been improved, to deliver a more relaxed touring experience.

The current Royal Enfield Thunderbird 350 and 350X models employ an air-cooled 346cc single-cylinder engine that makes 19.8bhp and 28Nm of torque. Meanwhile, the Thunderbird 500 models get a 499cc air-cooled single-cylinder unit that makes 27.2bhp and 41.3Nm. Both engines come mated to a five-speed transmission. Expect the Meteor 350 cc single cylinder engine to deliver power of about 25 PS. Exact power and torque figures will be revealed in the coming days.

Below are more images of the upcoming Royal Enfield Meteor 350, which was spied in Kutch recently. Kutch is famous for The White Desert, where many products are regularly shot. As per Mad Biker, the Meteor 350 was currently in Kutch to shoot TVC video, which will be released at the time of launch of the motorcycle.