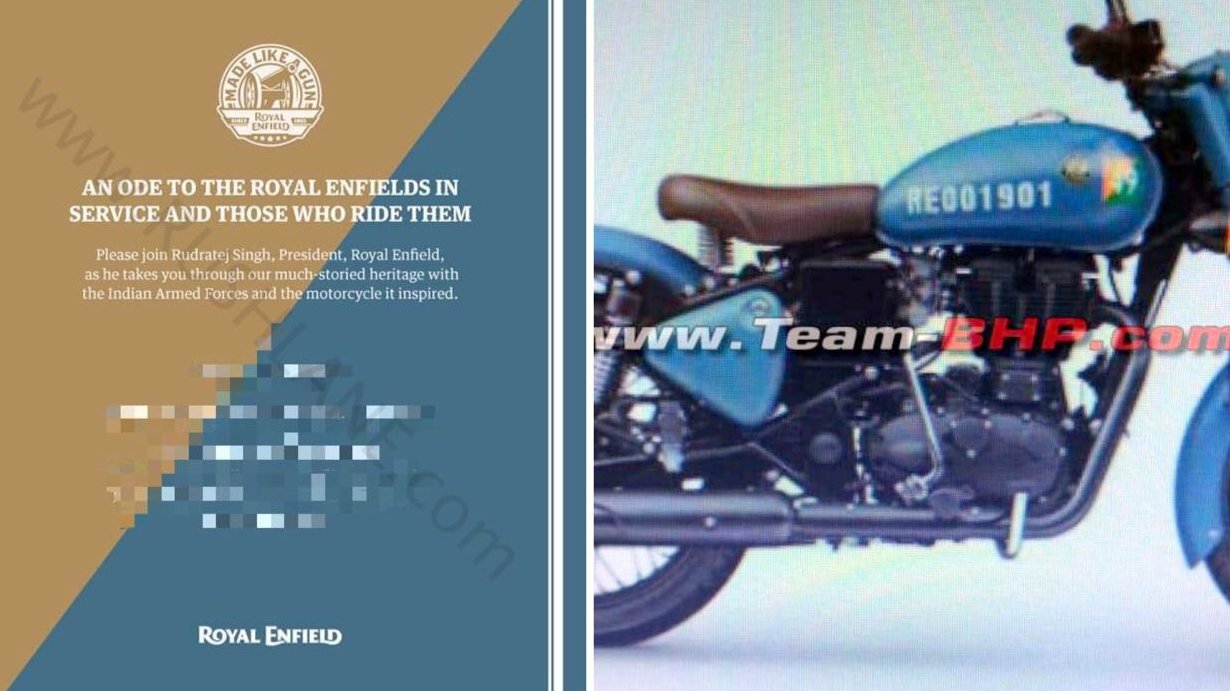 Royal Enfield has shared an invite for a motorcycle launch which will take place next week. When we asked them what is the launch about, is it the 650, is it a new colour edition, etc – the spokesperson said that they were not allowed to reveal more details.

But, she did confirm one thing, that it is a completely new motorcycle, first time in India. Team BHP member has shared two leaked images of a special edition Classic 350 seen in navy blue and army brown colours.

On the fuel tank of these two motorcycles, is a square decal in Indian flag colours of Orange, White and Green, with the number 49 printed. Now, if you look at the invite shared by Royal Enfield above, it too has the shares of brown and blue, just like the leaked motorcycle images. Does this indicate a launch of a new special edition 350cc, which pays tribute to the Indian Armed Forces?

The invite shared by Royal Enfield reads – “It gives us a great pleasure to invite you on behalf of Royal Enfield at the bike launch. Here are the details – An ode to Royal Enfields in service and those who ride them. Please join Rudratej Singh, President, Royal Enfield, as he takes you through our much-storied heritage with the Indian Armed Forces and the motorcycle it inspired.” 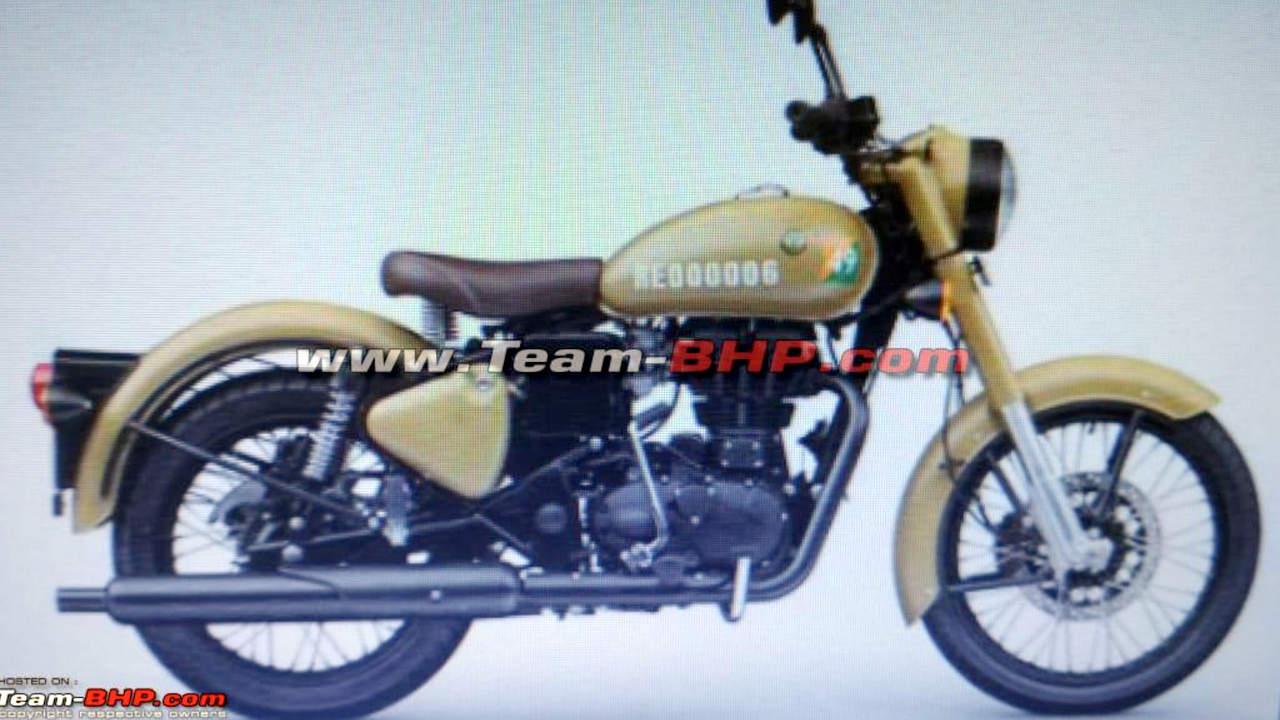 Inspired by the 500 cc Pegasus, which was launched in India last month, the Pegasus 350 is also expected to be a limited edition variant. Seeing the success of Pegasus 500 (all 250 units were sold out in under 3 minutes), Royal Enfield seems to have decided to launch the 350cc variant of Pegasus in India.

Royal Enfield Classic 350 is the best-selling motorcycle from the company. About 85% of company’s sales come from this variant, making it one of the highest selling 350cc motorcycle in the world.

Powering the RE 350 is a 346 cc single cylinder engine which delivers 19.8 hp and 28 Nm. With a kerb wt of 192 kgs, it is one of the heaviest motorcycles int he segment. It does get disc brake option in India, but it comes without ABS. Internationally, all RE’s get dual channel ABS. But none of the RE’s sold in India get ABS, even as an option.