The exclusive new Royal Enfield, which is inspired by the motorcycle that was used in World War II, Pegasus has been launched in India. Priced from Rs 2.4 lakhs, ex-showroom, the motorcycle went on an online sale today at 4 PM, on the official Royal Enfield site. All units allocated for India, were sold out in just 178 seconds, in under 3 minutes.

Speaking on the sale of the motorcycles in record time Mr. Rudratej (Rudy) Singh President Royal Enfield said “The sale for Pegasus motorcycles has shown the tremendous aspiration to own brand Royal Enfield once again. Beyond all expectations, the sale of 250 limited edition Pegasus motorcycles was concluded online in a record time of only 178 seconds! I congratulate all the customers who are now proud owners of the Classic Pegasus limited edition motorcycle and thank them for their support and patronage” 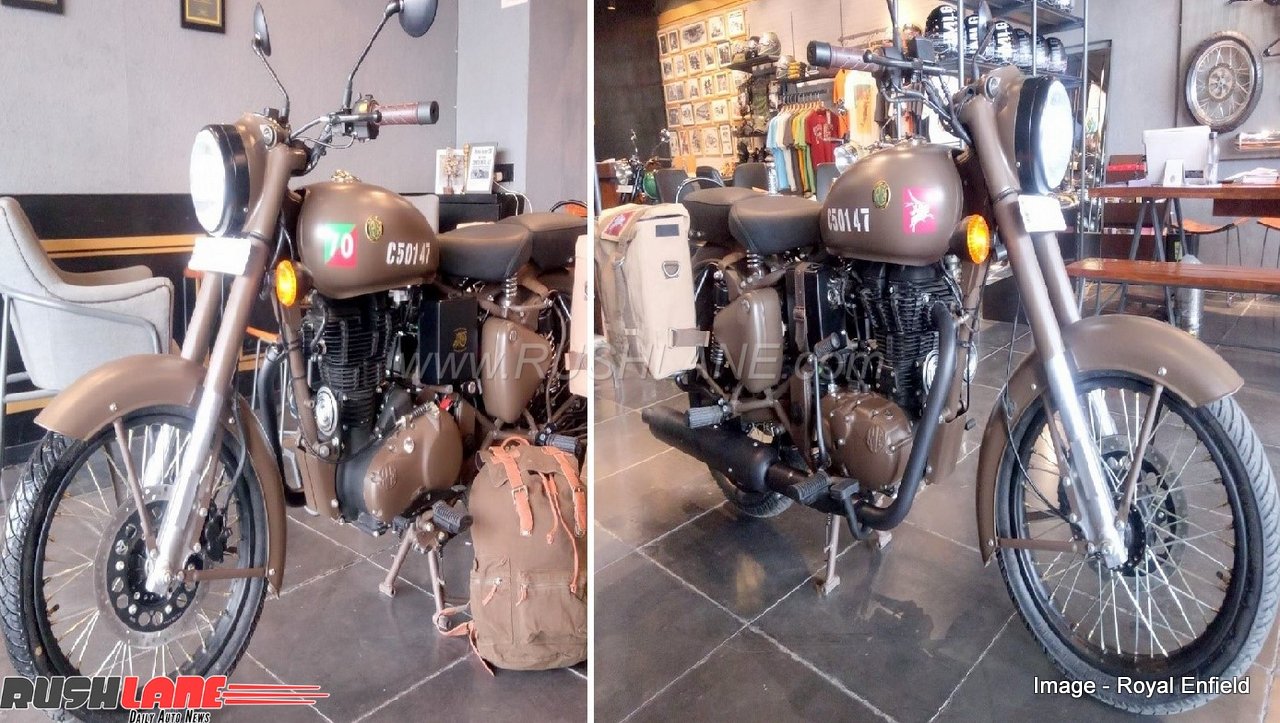 Royal Enfield Classic ‘Pegasus’ 500 is built as a tribute to the Flying Flea. Though it was an ultra light motorcycle that was produced for British troops and which could be air dropped during the war, the Classic 500 based Pegasus will weigh well over 180 kgs.

Internationally, the bike is sold in two colour options of Service Brown and Olive Dab Green. But in India, as the military green is reserved for the Army, it will not be on sale. India will only get the Brown colour to buy.

To retain its antique stance, the model receives a Pegasus logo on fuel tank along with a unique serial number and two canvas panniers on its sides. It gets blacked out silencers, brass buckle across its air filter and brown handlebars and headlamp bezels.

Pegasus 500 will be powered by the same engine that powers the RE Classic 500. This 499cc, 4 stroke, fuel injected, air cooled engine offers 27.2 bhp power and 41.3 Nm torque mated to a 5 speed manual gearbox.

History – At the height of the Second World War, Royal Enfield made a resilient 125cc motorcycle designed to be deployed behind enemy lines via parachutes and onboard the Horsa Glider to provide communications support along with acting as a quick mobility platform for the forward units of the Airborne Pegasus Regiment across key operations such as D-Day and Market Garden. Officially designated the ‘RE/WD 125’ it was more fondly recalled as ‘The Flying Flea’ by the men who rode it.