Royal Enfield Pegasus owners were felt cheated when a similar looking bike was launched at a cheaper price. The issue was highlighted by a lot of Pegasus owners. Some parked their new bikes next to garbage, some went and left it back at the dealership, others did not even take delivery.

But it seems the issue has now been fully resolved, for almost all the buyers of Pegasus. Earlier this year, Royal Enfield dealers announced an exchange program, which allowed unhappy Pegasus buyers give the bike back to dealer, and get the full amount back, or in exchange buy any other RE bike, including 650 Twins (plus give difference in cost). 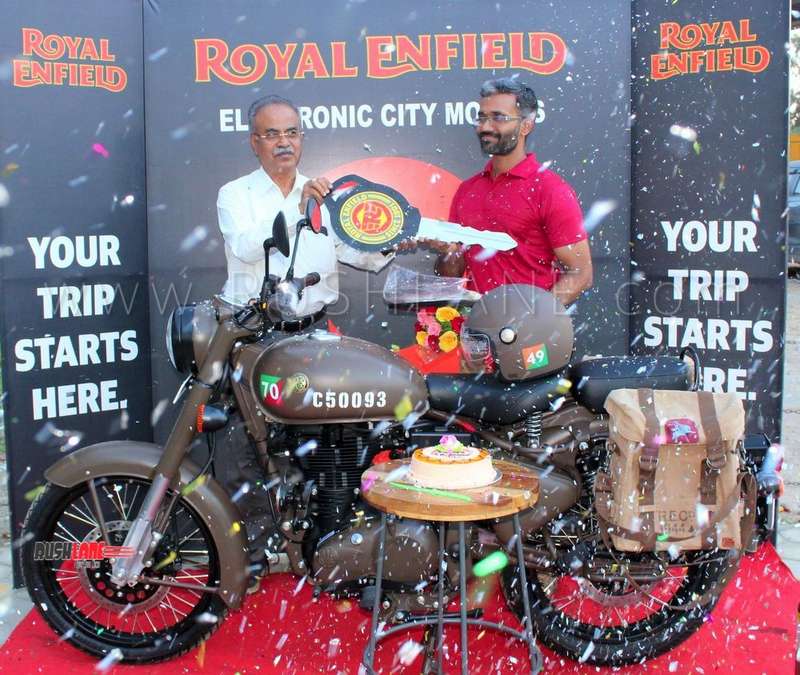 This offer from dealers made a lot of RE Pegasus owners happy. But there were still some who were unhappy. They were of the opinion that Royal Enfield had cheated them by selling them a bike which was priced higher, minus ABS, and exclusive for about 30 days.

Now, as a Christmas gift to Pegasus owners, Royal Enfield is showering them with free Pegasus Jacket, Pegasus Bag, Pegasus helmet (with custom Pegasus no printed), and a Pegasus lapel pin. Together, this amounts to about Rs 15,000 – all given for free by RE to Pegasus owners. All these gifts will be couriered to respective Pegasus owner at their doorstep. 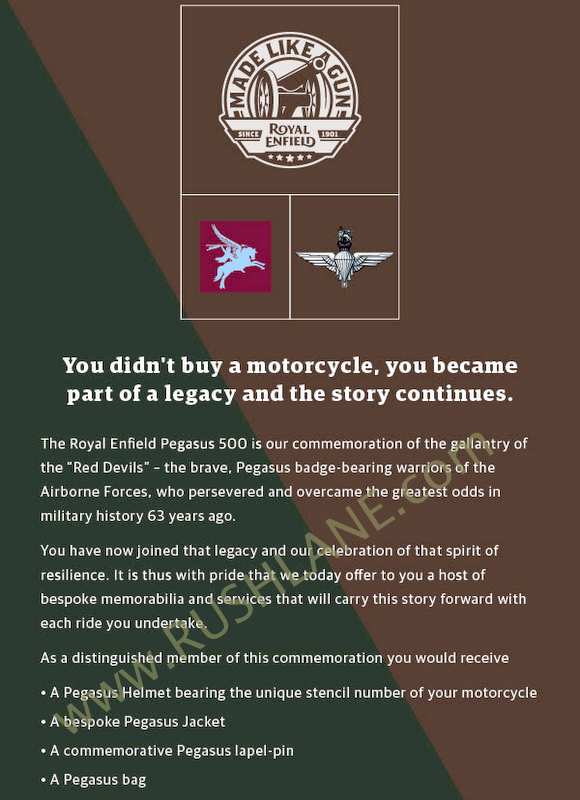 RE has shared the above photo as email to all Pegasus owners. They are now required to reply to the email with size of jacket. Post which the gift will be delivered. Those owners who have not received the email, can contact local dealer, or get in touch with RE on their customer care no.

At the time of its launch, Royal Enfield Pegasus, based on Classic 500, was not only the most expensive RE ever, but also the most exclusive. With only 250 units on offer in India, there was a huge demand. RE received over 10,000 enquiries to buy those 250 bikes. Sales were done online, and in less than 3 minutes, the entire stock was sold out.

But this left many fans unhappy, because of which, about 2 months later, similar looking bike, with 350 cc engine was launched. It came with dual ABS, and was called Classic Signals. It was not limited edition, and is being sold as a regular model. This made Pegasus owners unhappy as their exclusivity title was snatched even before some of them got delivery. And this was the reason behind the uproar from fans. But, within 6 months, RE has managed to put the issue behind with almost all Pegasus owners now happy.