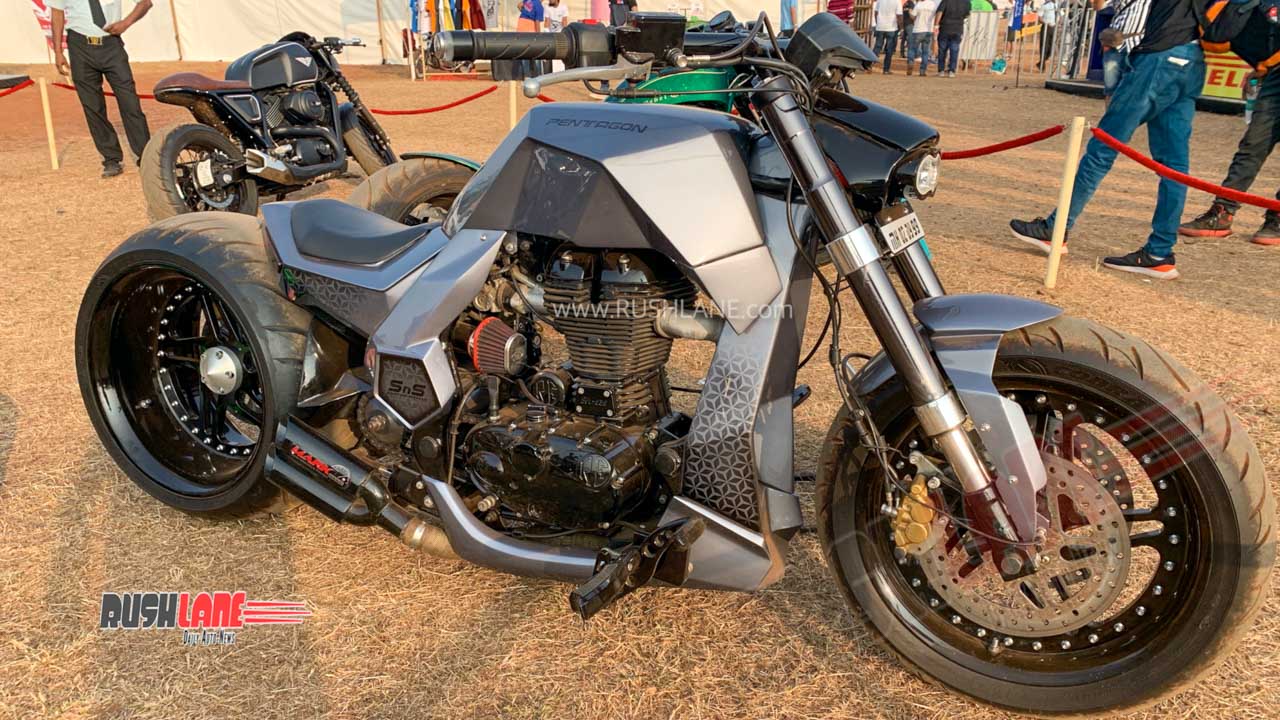 In its sixth edition, IBW received thousands of visitors from different parts of India. Alongside mainstream motorcycle brands and suppliers, IBW 2019 also saw the participation of many customisation shops who showed their unique creations to all bike enthusiasts alike.

The SnS Custom Wheels Pentagon is one such example. The Mumbai-based customisation firm took a Royal Enfield Continental GT 535 (the original single-cylinder motorcycle that was sold a few years back) and converted it into a chopper (or a cruiser) that oozes a neo-retro vibe. The Royal Enfield Pentagon follows a design philosophy unlike any other cruiser currently available on the Indian market.

Upon first glance, it is almost impossible to figure out that the Royal Enfield Pentagon is made around a cafe racer. Motorcycle experts may argue that a cafe racer – to – chopper conversion is almost pointless to execute. To an extent, this is true since it is best for any custom motorcycle to stick to the basic design/style or at least anything but a far cry from the original version, thus avoiding unnecessary complications. However, a lot of builders take up the challenge and often succeed in getting a decent result like the Pentagon. 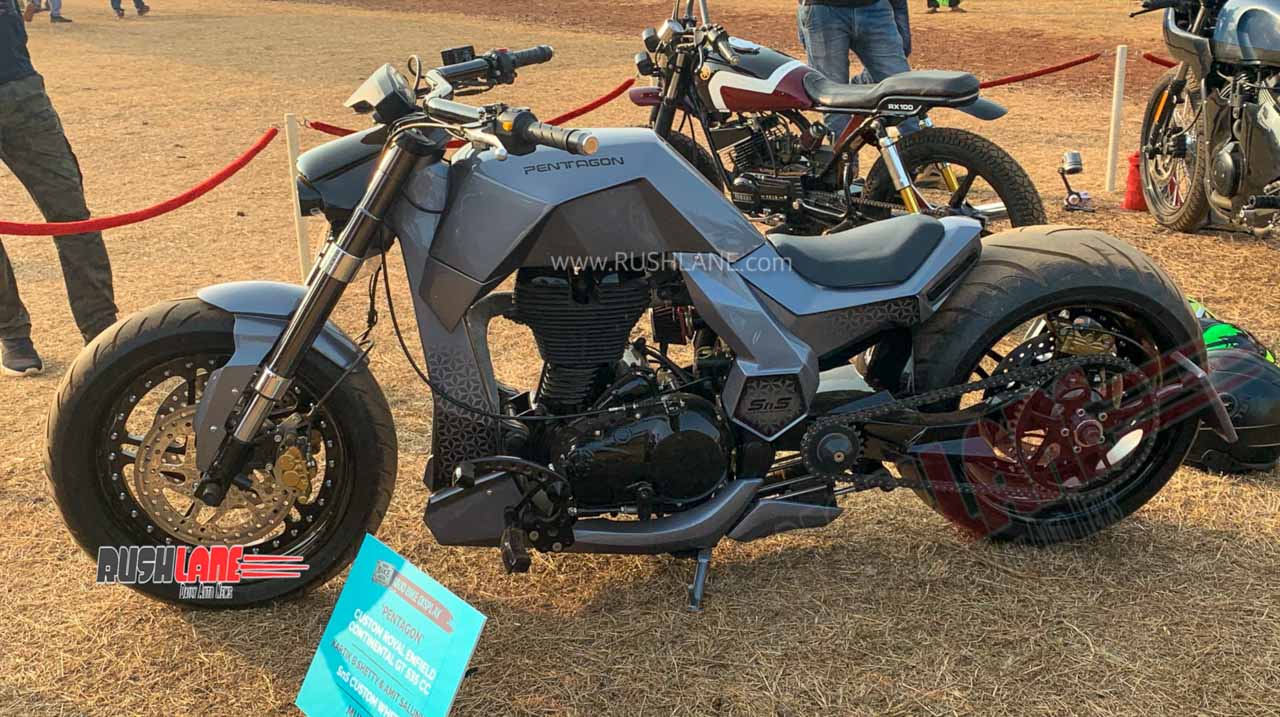 Finished in a metallic silver shade with some form graphics that fade into the paint scheme, the SnS Pentagon has some sharp-looking body panels. The handlebar is quite wide and the footpegs are positioned in a way to make the motorcycle as ergonomic as possible. The USD front forks, aimed to provide a bounce-free ride in the straights as for any cruiser, may not be a viable choice for our roads, but certainly, add to the looks.

The rear wheel is definitely going to be the talking factor if someone sees this on the road. The term ‘massive’ would be a disrespect to the wheel, in typical chopper fashion. SnS Custom Wheels have worked hard to integrate a single swingarm and a disc brake setup.

Coming to the engine department, the stock 535cc air-cooled single-cylinder engine is good for 29bhp and 44Nm of torque. The addition of an aftermarket air intake and a custom exhaust system may give a ‘feeling of better output’. The engine is mated to a 5-speed gearbox. The modern 650cc parallel-twin Continental GT gets a 6-speed transmission.

Overall, the SnS Royal Enfield Pentagon is an interesting mod job. Royal Enfield single-cylinder power plants are quite a far cry from being smooth. The inevitable vibrations, combined with the questionable fit and finish (we believe SnS Custom Wheels have done their best) of the Pentagon, may return a compromising ride. However, if the rider wishes to have such a character in a motorcycle, the SnS Pentagon is worth the ride.