Wheels and Waves, Europe’s surfing and motorcycle festival, held each year in Biarritz, France, celebrates a culture of riding and surfing with music and style in a vintage theme. It is a show where bike builders travel from across the world to showcase their latest offerings in the motorcycling and surfing arena.

This year, Royal Enfield has showcased three custom built motorcycles – ‘Lock Stock’, ‘Rohini’, and ‘Interceptor’. All three bikes have been developed on the new Interceptor INT 650 and Continental GT 650 and are powered by Royal Enfield’s 650 twin engines. In this post we will talk about Rohini. 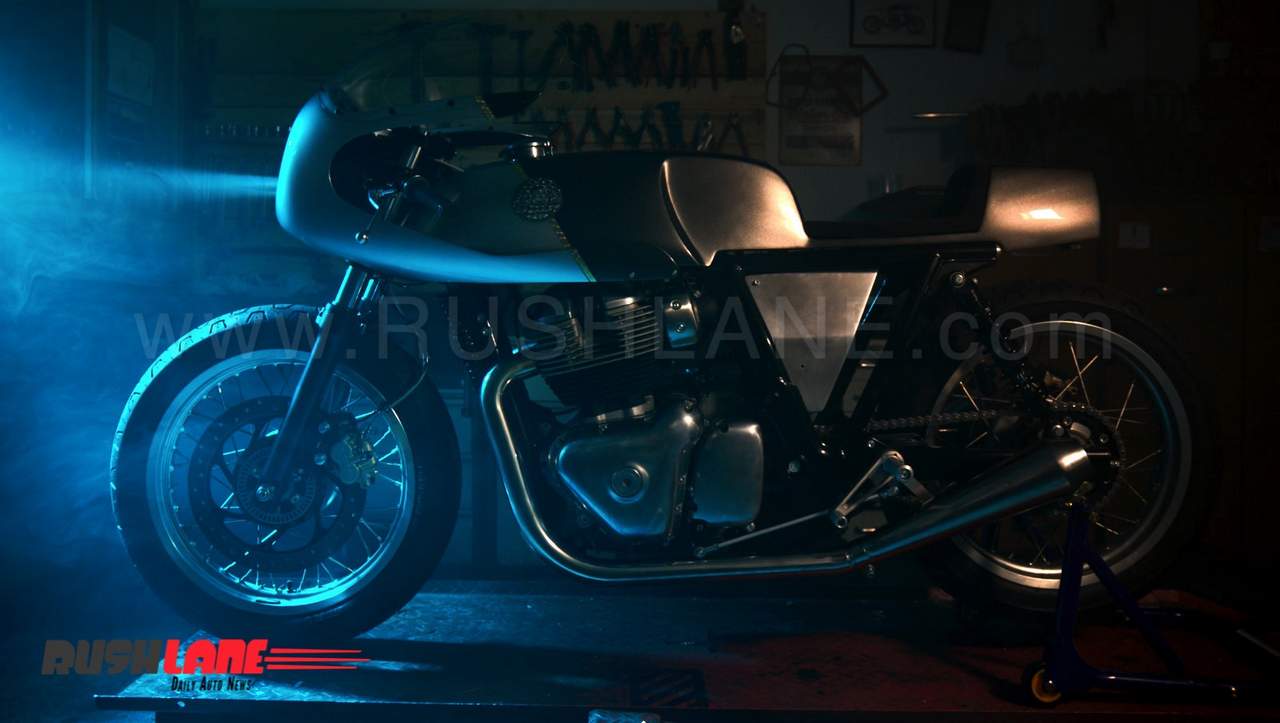 Rohini, by Young Guns Speed Shop, a custom house based in Switzerland, is based on the Continental GT 650 Twin. It is a café racer concept and borrows inspiration from India’s space program and Rohini satellite. This satellite has played an important role in the history of Indian space program. Launched in April 1983, Rohini series consisted of a total of 4 satellites; 3 of which made it to the orbit successfully.

Speaking about the Royal Enfield Rohini 650, the stock machine has been retained with the shape of the bike accentuated with slim, retro inspired fairing. Rohini sports a single seat and tail unit while fairing is also reminiscent of the famous Rickman fairings. 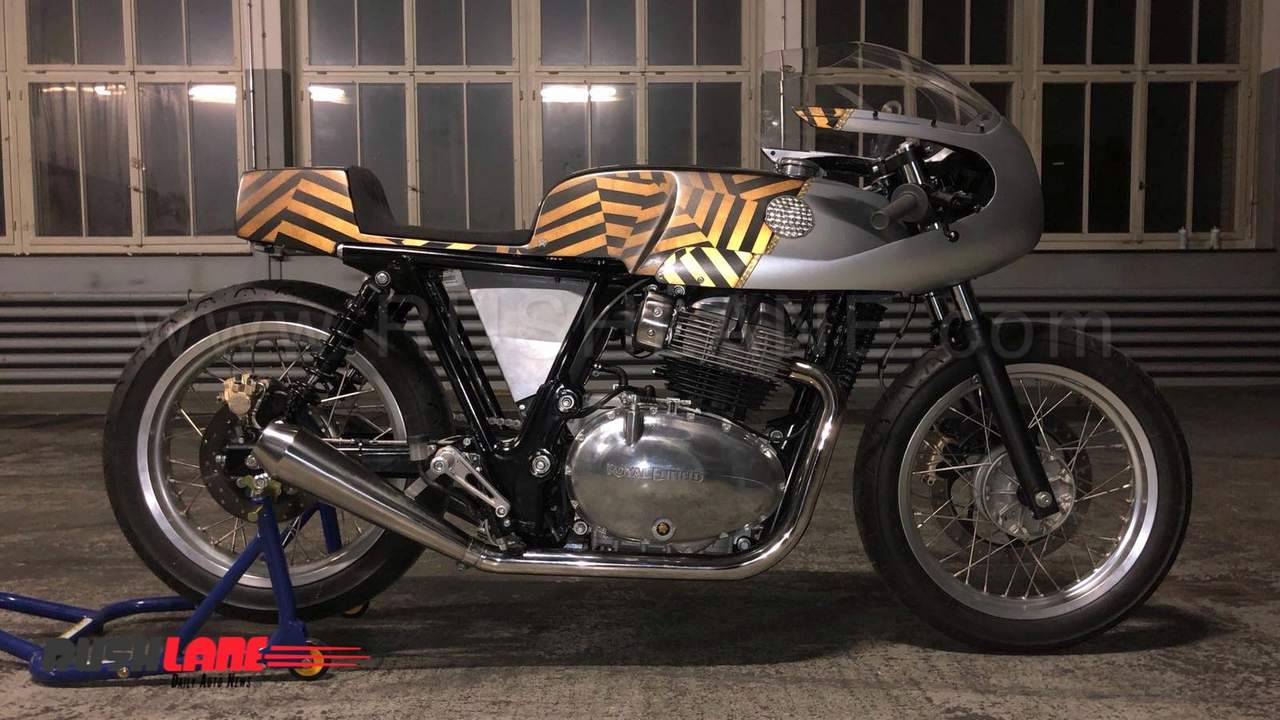 The bike is finished in bare aluminum and has reflective paint on some of the body work. This layer of reflective paint in orange and black transforms the classic lines seen on the bike into a blurring color canvas of Razzle Dazzle light.

Powering the Royal Enfield Rohini 650 is the all new 650 cc parallel twin engine, which will soon be launched in India with the Interceptor 650 and Continental GT 650. This engine is the most powerful engine from Royal Enfield today, and delivers 47 hp and 52 Nm via 6 speed transmission.