The scrambler version of Royal Enfield Classic 500 has been clicked up close while out on road test. This is the same motorcycle which reportedly featured the text “on test by ARAI” on its license plates, when it was spied earlier this year.

It is to be noted that the Royal Enfield Scrambler 500 was spotted at a dealership earlier this year as well. The Scrambler 500 is essentially an accessorized Classic 500 which can take a bit of off-roading. The immediately noticeable modification comes in the form of an upward swept silencer which is aimed at improving the motorcycle’s water wading capability. 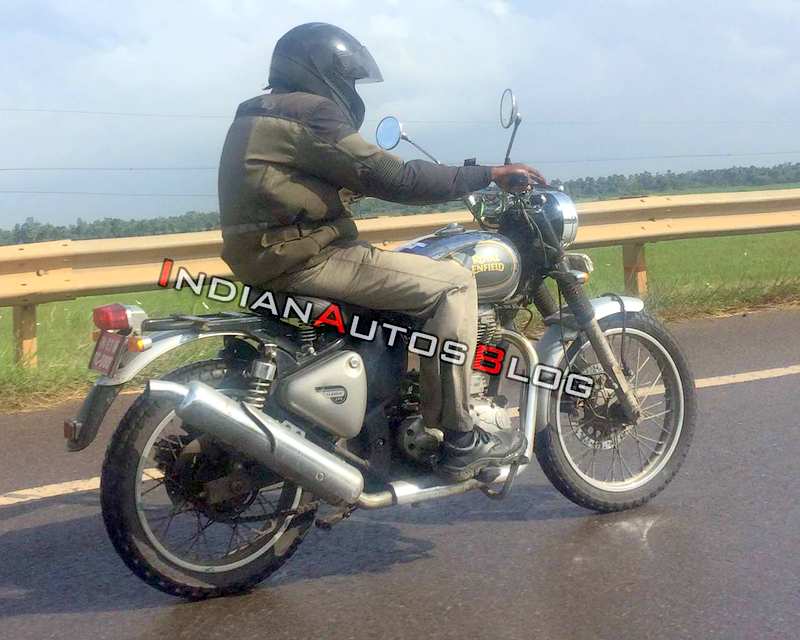 The spoke wheels are shod with knobbies to enable dirt riding. The handlebar features a reinforcing member typical of scramblers. The front telescopic fork now receive rubber gaiters to protect it against dirt. The suspension system is expected to be tweaked a bit to increase travel. The rear mudguard has been raised to encourage riding the motorcycle off the beaten path. The prototype pictured here also features removable pillion seat.

The rest of hardware is not expected to be altered too much. The Royal Enfield Scrambler 500 would be powered by the Classic’s 499 cc single-cylinder air-cooled engine which makes a modest 27.5 PS of power and an ample 41.3 Nm of torque. The transmission is a 5-speed unit. 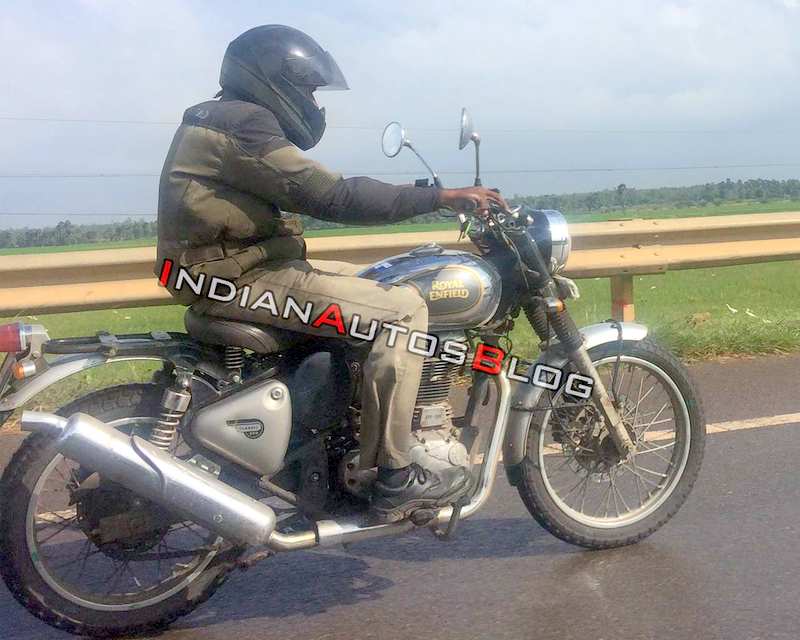 The market ready version would be equipped with dual-channel ABS which is likely to be switchable (it won’t be a real Scrambler if the rider is not allowed to slide around, would it?).

The motorcycle undergoing ARAI testing could mean that the powertrain is BS-VI compliant but we will have to wait till launch to know for sure. The Royal Enfield Scrambler 500 would help the retro-classic specialist offer a wider choice to its prospective customers at a nominal investment. Expect the pricing to be more or less equal to that of the Classic 500.