The circulation of photos that can be dubbed as a new Royal Enfield Scrambler is certainly getting enough attention. Taken at what is seemingly a Royal Enfield workshop but not on the work floor, the photographs capture workshop staff in their signature blue shirts and great and red shirts.

The bike is labelled ‘TVT’, a reference to the Royal Enfield plant in Thiruvottiyur, and should be an indicator of special cargo. The new piece in silver is in a state of unpack from the looks of it. 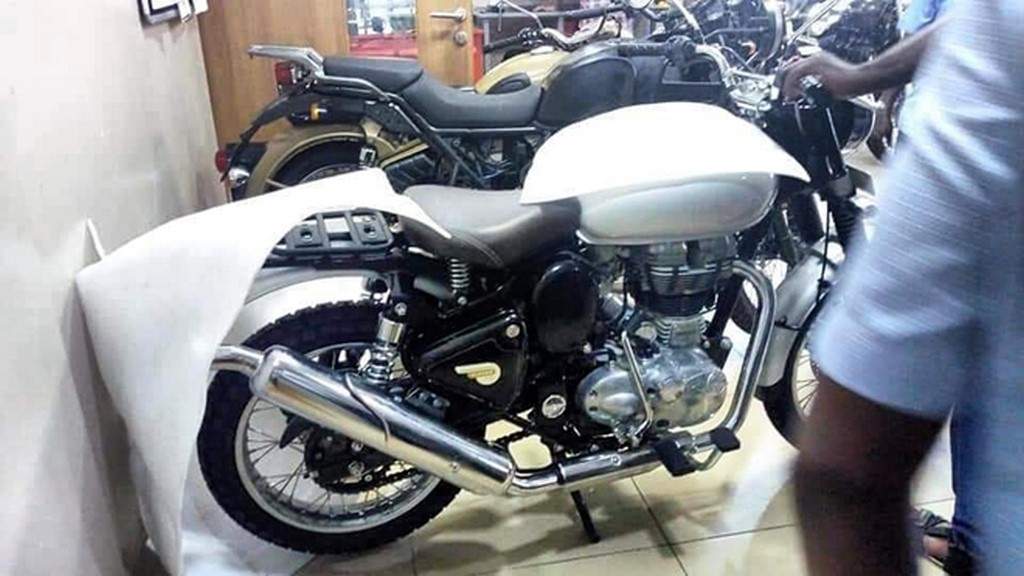 The front shocks are Electra 500 EFI-ish with the rubber covers, and the handlebar. Rear mudguard is sportier (higher), an element from the Bullet Electra Deluxe. The pillion seat is undone. In it’s stead is a frame, that could be for a seat extender or luggage carrier.

The rider seat is essentially a single seat with no scrambler like feeling. Front turn signals aren’t the usual round ones. The front round headlamp continues to bear the brand’s signature element. It’s upswept exhaust design is akin to the one seen in Himalayan but it’s new, and in full chrome. 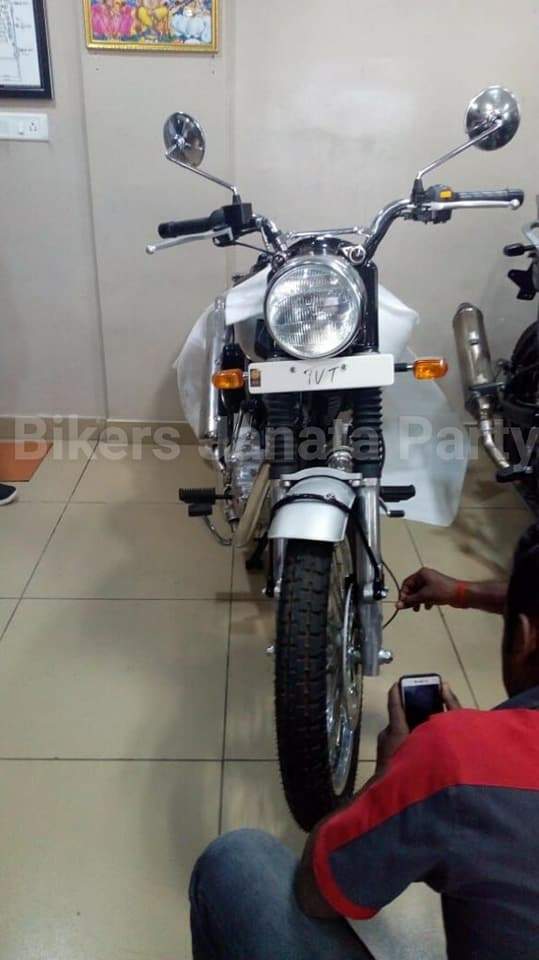 Earlier in the year the company launched it’s Thunderbird X range and that included 350cc and 500cc offerings. The same can be expected of the Scrambler range if there was to be one, unless this turns out to be a dealer level mod. The air-cooled engine seen on the Classic range are available in two displacements – 349cc and 499cc.

On the launch front. Last week the company introduced it’s limited edition (250 units for India) Royal Enfield Classic 500 Pegasus for a price of Rs 2.4 lakhs. With all eyes on the 650 twins (Interceptor 650 and Continental GT 650), the Royal Enfield Scrambler element does come as a surprise. 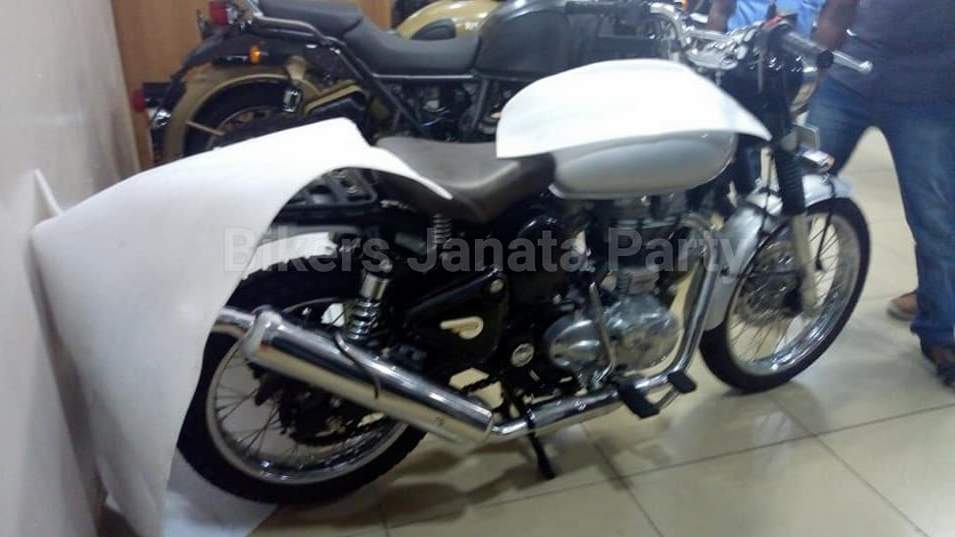