RUSHLANEDAILY AUTO NEWS
HomeBike NewsRoyal Enfield aftermarket exhaust which looks original - To save you from...

Called as the ‘Swagman Replica’, this aftermarket silencer for Royal Enfields does not make a ‘phataka’ sound that apes a gunshot. This one is more refined, sounds like a ‘thump’ and does not really disturb the peace and quiet but is still illegal and users are likely to get caught and fined as is seen in any other aftermarket silencer.

The accompanying video shows off how this silencer, known as ‘Swagman Replica’ apes the real silencer seen on the Royal Enfield Classic. The vlogger demonstrates its performance and shows how it retains the thump without grating on the ears. 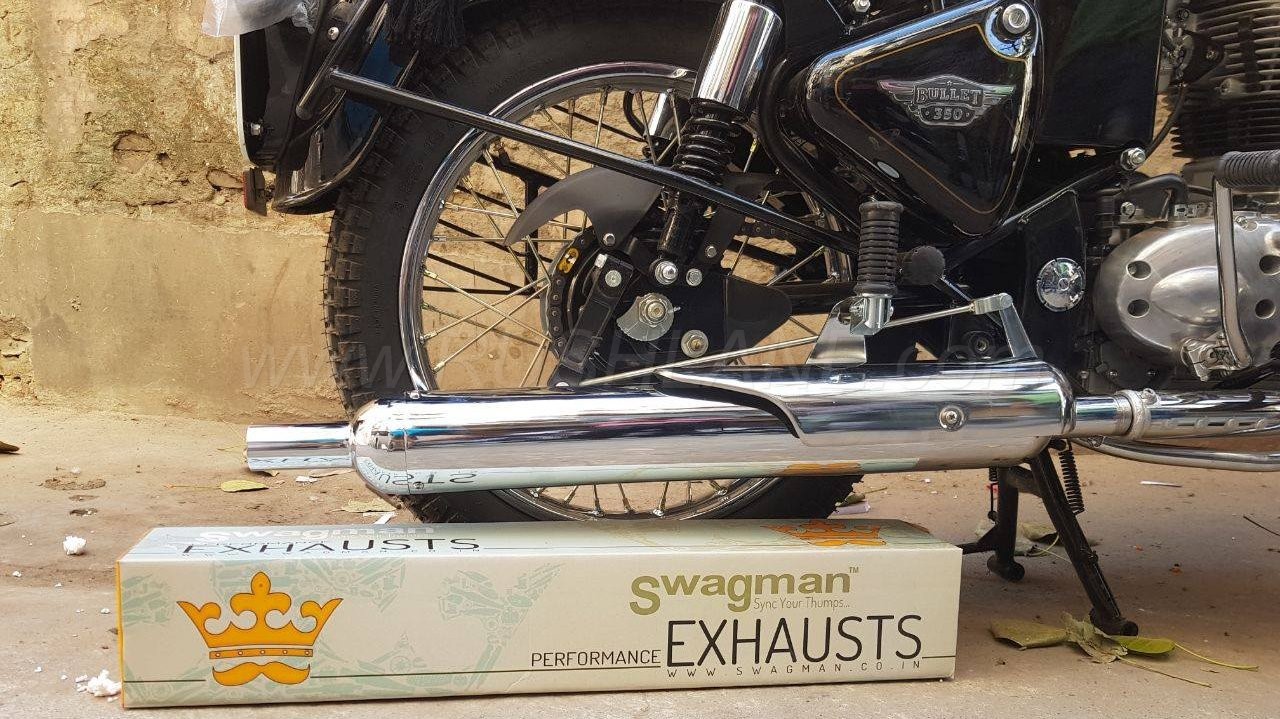 He displays how this new Swagman Replica is just a bit louder than the silencers on the Royal Enfields. It gets two clamps for mounting onto the motorcycle offering better support and hence causes less vibration. The silencer also consists of ceramic wool which, as compared to glass wool offers a higher degree of heat and sound absorption. This proper support and ceramic wool allows the silencer to offer no vibrations and lower sound and in this way fools the cops that it is not any aftermarket attachment but the real stock silencer offered with the Royal Enfield.

Besides aping a similar sound, Swagman Replica silencers are made of stainless steel with chrome coating and also look similar to the stock model thereby allowing users to get away for the attention of the law.

Police have been increasingly cracking down on the use of aftermarket silencers. These emit loud sounds and some of them even sound like a gunshot. Its use is not only distracting to other vehicle drivers but even startles pedestrians. In residential areas, use of such loud silencers causes much disturbance to residents, some of who may be ill, old or infirm.

The police in some cities have even gone to the extent of impounding these silencers and crushing them with a road roller while some traffic police are fining offenders with repeated offenders having their licenses revoked and in extreme cases even allotted jail sentence of upto 3 months.