Royal Enfield T650 is a custom INT 650 by Thrive Motorcycles 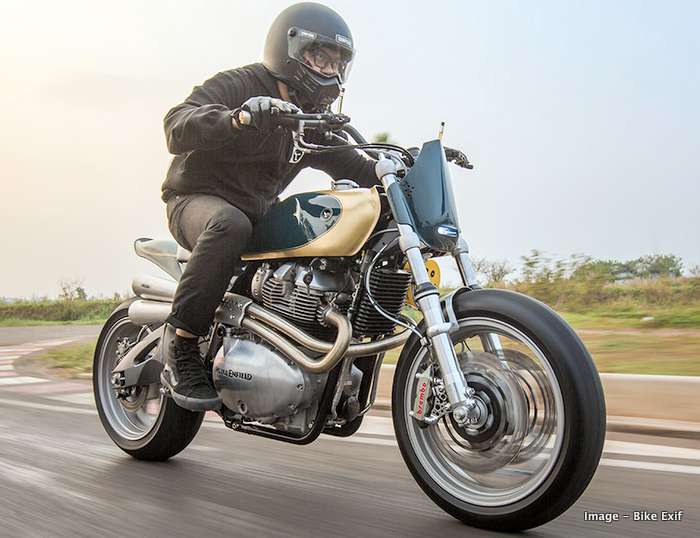 Royal Enfield 650 twins have been an instant hit in India and received rave reviews internationally as well. Both bikes have their unique design and features, but customers seem to prefer the Interceptor 650 more than the Continental 650. That’s probably because Interceptor has a more practical design, suits everyday commuting and offers a relaxed riding position. Royal Enfield 650 twins have also been widely used for modification projects and this latest one by Jakarta-based Thrive Motorcycles has taken the art to an altogether new level.

In this mod job, Thrive Motorcycles has introduced both aesthetic and mechanical changes to Interceptor 650. Key parts that have been customized include the fuel tank, fenders, side panels and battery casing. Some of these parts have been handcrafted using aluminium whereas others are aftermarket units.

The modified bike gets contrasting, dual tone colour theme with dark green and golden shades, which looks absolutely gorgeous. Some customizations seem to be inspired by the Continental 650 such as the single-piece saddle and slightly upswept tail. LED DRLs have been integrated into the faceplate and a Daymaker unit has been added. 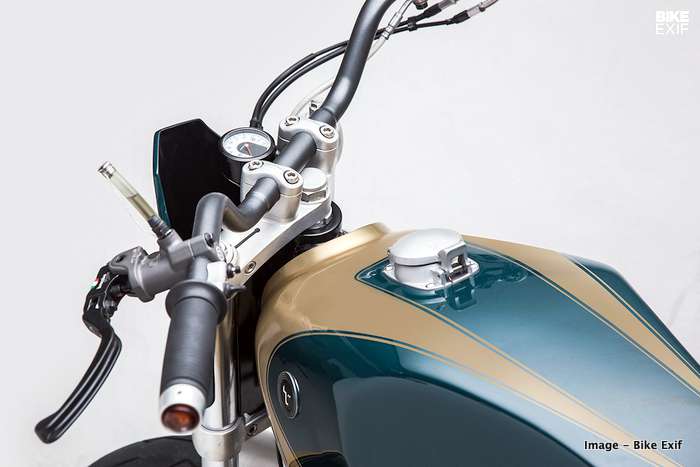 At the front, the bike has custom front forks while the twin spring suspension at the rear has been replaced with a monoshock unit borrowed from Suzuki GSX-R600. Swingarm is also from GSX-R600. Other customized/aftermarket parts include handlebar, instrument console, brake and clutch lever, and fuel filler cap. Rear frame has also been redesigned to give the bike a sporty look.

Rims are now smaller and have been borrowed from a Kawasaki Ninja ZX-10R. The 17-inch rims are shod with Pirelli Diablo Supercorsa tyres, 120/70 at the front and 150/70 at the rear. Modified Interceptor 650 has Brembo disc brakes at front and rear, which improve its braking power.

The modified bike looks stunning from all angles, but the showstopper is the futuristic twin silencer pipes that immediately grab your attention. Hats off to Thrive Motorcycles for creating this masterpiece, which we believe will surely help garner more praise and appreciation for Royal Enfield 650 twins.