Royal Enfield Thunderbird Modified into a 3 Wheeler – With Reverse Gear

Bike modification projects are quite diverse, but most have common goals such as cosmetic enhancements, functional improvements and/or performance upgrades. However, sometimes we do get to see some entirely radical ideas that are both surprising and delightful. This is exactly the case with this new bike modification project, wherein a Royal Enfield Thunderbird 500X has been transformed into a trike.

Carried out by Jaggi Customs, the modification project has turned out to be absolutely flawless. The final product looks like a factory produced trike, as all the components fit seamlessly. Nothing seems out of place, even though some major modifications have been carried out towards the rear of the motorcycle.

On first glance, this might seem like an easy modification project. However, a closer look will reveal that this modification project is a lot more than just adding a third tire to convert a motorcycle into a trike. In terms of functionality, one important addition is the reverse gear that allows the trike to move in reverse. For this, the bike modifier has installed a customized reversing system at the rear of the motorcycle. 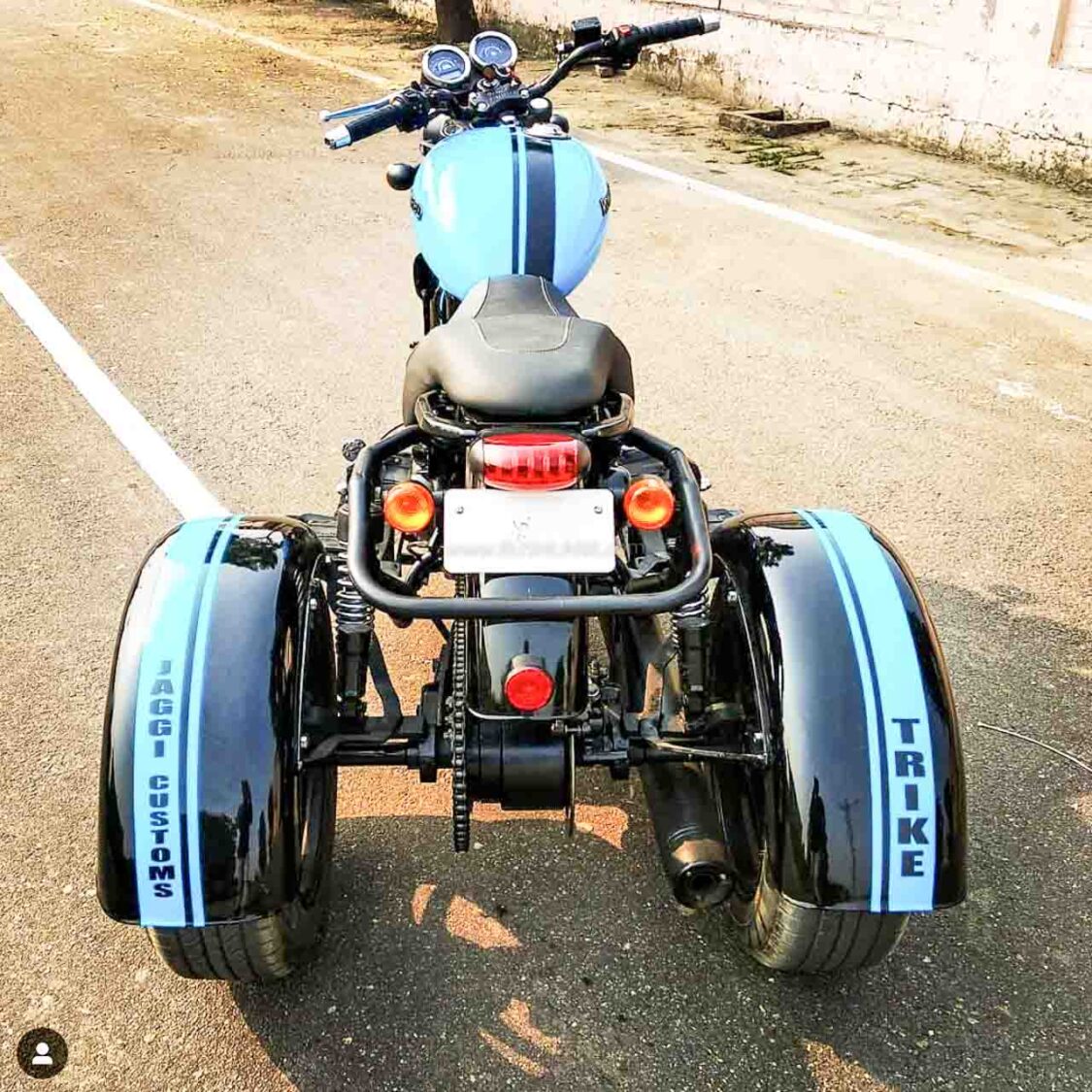 The reverse gear module developed by Jaggi Customs is a one-of-its kind system and can be used on other Royal Enfield motorcycles as well. Motorcycles of other brands can also be fitted with this system. Although we don’t yet know how exactly it works, the demonstration in the video clearly shows that the reverse gear works flawlessly. The bike modifier has already filed a patent for their reverse gear system, which is expected to be approved soon. 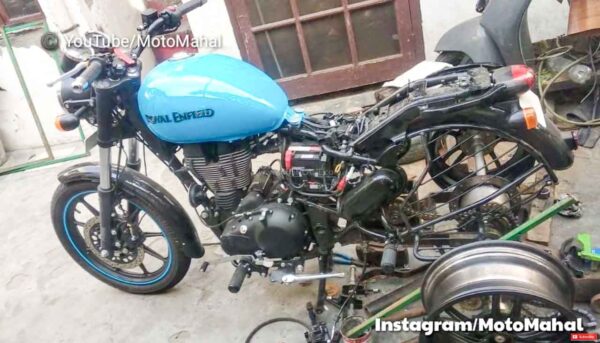 In this project, most of the rear section of Thunderbird has been overhauled. Stock tyre and swingarm have been removed and replaced with two car tyres connected by an axle. Some components that have been retained include the stock suspension, fender, disc brakes and tail lamp. At the front, floorboards have been added on both sides for added comfort. The rest of the bike remains the same and there are no changes to the engine or other cycle parts.

This project took around 4-5 months to complete. While the modified Thunderbird trike can be used for off-roading, it can also prove helpful for people with disabilities or old folks. Handling has improved significantly, as the trike does not require to be put on a stand.