The Thunderbird 350 has become the latest Royal Enfield model to receive the ABS update ahead of the April 2019 deadline. The Royal Enfield Thunderbird 350 ABS has already started reaching dealerships across the country. Here are a few pictures from Kolkata where the bike is priced at Rs 1.83 lakhs (on-road price including 5 year insurance in Kolkata).

Apart from the addition of dual-channel ABS system and ‘ABS’ stickers on the front fork, there are no visual changes to the new variant. With the introduction of ABS, the cruiser complies with the Indian government’s new safety regulation which mandates that all the two wheelers above 150 cc should be equipped with the safety feature by April 2019. The smaller displacement motorcycles are required to be fitted with Combi-braking system. 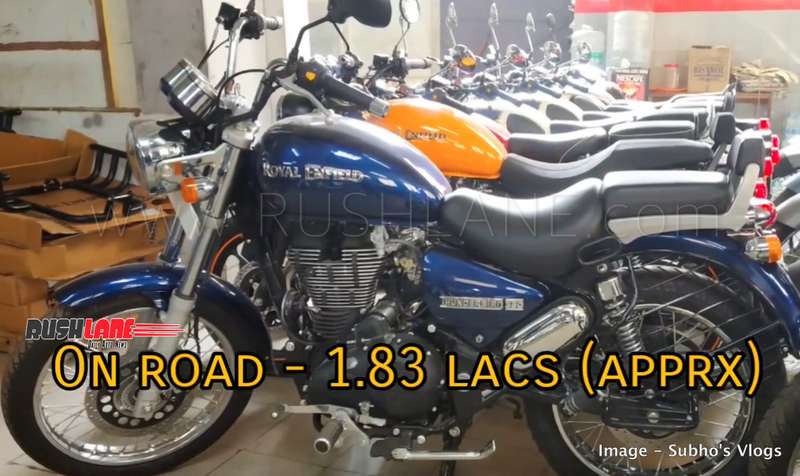 Royal Enfield recently introduced the ABS versions of the sportier Thunderbird 350X and 500X models. It’s reasonable to assume that the only other family member, the Thunderbird 500, would also receive the update soon.

The Thunderbird 350 ABS employs a 280 mm front disc with 2-piston caliper and a 240 mm rear unit with single piston caliper. The motorcycle’s 346 cc twin-spark, air-cooled, single-cylinder engine is tuned to deliver 19.8 bhp and 28 Nm of torque. The motor is paired with a 5-speed gearbox.

Royal Enfield has reportedly commenced work on next generation Bullet, Classic and Thunderbird models which will feature new BS-VI compatible engines, additional features, and refreshed design to maintain their stronghold of the medium displacement segment. The arrival of Jawa Motorcycles with appealing retro-classic products and a modern engine (read better performance figures) means, it is imperative for Royal Enfield to beef up its bread and butter models.

In other news, Royal Enfield is gearing up to launch the eagerly awaited 650 twins – Interceptor 650 and Continental GT 650 – in India. The company also recently unveiled a 834 cc twin-cylinder KX Bobber concept which previews its upcoming flagship model.