Following the launch of Royal Enfield Thunderbird X series earlier in the year, RE has now both the bikes available with dual channel ABS. While dealership arrivals were initiated earlier this month, a price reveal today pegs the bike at Rs 2.48 lakhs on road, which is about Rs 30k lesser than the 650 twins.

In recent weeks, RE has been regularly introducing ABS variants across its product line-up. This includes Classic Signals 350, Thunderbird 350X, Himalayan, and Classic 500. They have also launched the 650 Twins earlier this month, both with dual channel ABS as standard. 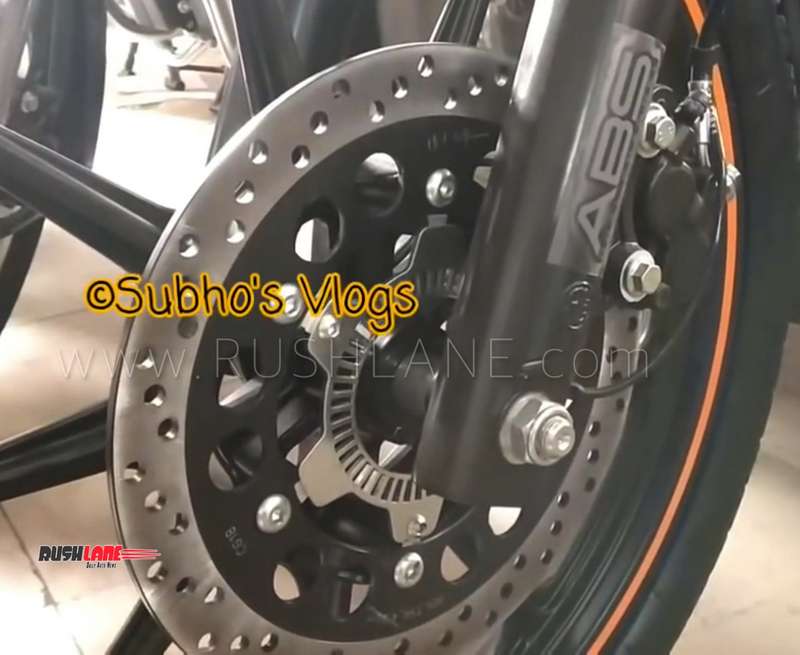 RE Thunderbird 500X cruiser with dual-channel ABS is the brand’s most pricey single cylinder bike on offer. As compared to the non-ABS variant on offer until now, Royal Enfield Thunderbird 500X ABS is about 15k pricier. Depending on state, on road price would go up to Rs 2.6 lakhs. It’s safe to say Thunderbird 500X non-ABS variant will soon be discontinued in keeping with mandates that regulate ABS as a standard feature from April 1, 2019.

The largely new offering remains otherwise unchanged. Power comes from a 499cc, air-cooled, single-cylinder engine that returns max power of 27.2hp at 5,250RPM, and max torque of 41.3Nm at 4,000RPM. As compared to the standard Thunderbird, 500X brought with it bright colours, and related style updates. Watch the walkaround video of Thunderbird 500X below.

Apart from the updating existing range of motorcycles, Royal Enfield is also working on launching new and more powerful motorcycles. A glimpse of this was shown at the EICMA earlier this month. This was in the form of KX Bobber 838 concept.

This was the biggest and the most powerful Royal Enfield till date. It is a design study as of now, but if given green signal, could be launched by 2020. It will be a rival to the big cruisers from Harley Davidson and Triumph.