We come across numerous examples of custom Royal Enfields on daily basis but once in a while, something exceptional pops up. We think, this Royal Enfield Vajra, a custom Classic 500 executed by Ludhiana-based Cycle City Customs is one such outlier which not only has its looks going for it but also has performance to back it up.

The Royal Enfield Vajra also ditches its stock suspension in favor of a WP inverted telescopic front fork from a KTM and a rear monoshock. The 2012 Classic 500’s braking system has also replaced. The front end receives a larger disc while the rear drum brake has been ditched in favour of a disc unit with steel braided lines. 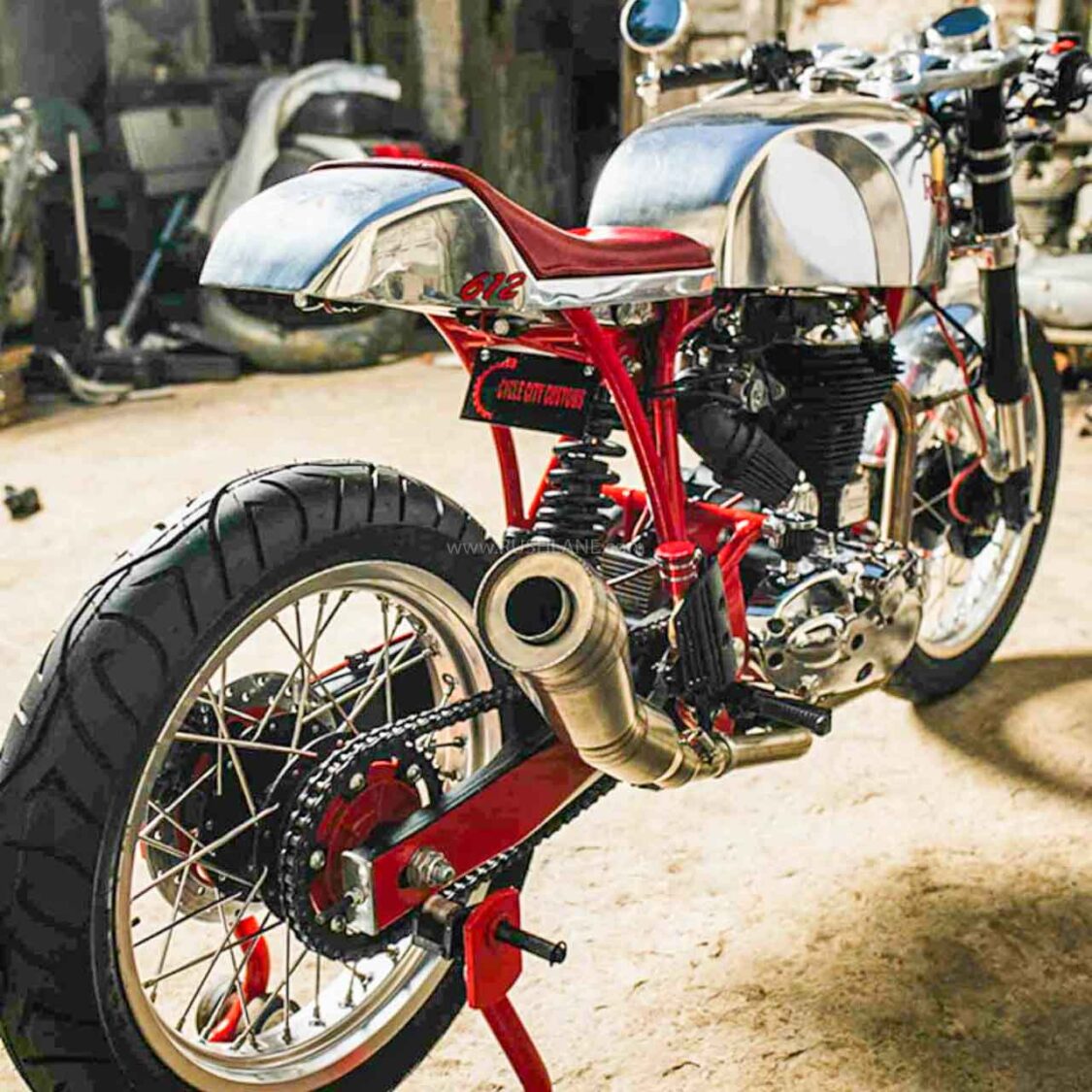 Completing the upgraded handling package is a set of Pirelli rubbers and aluminium spoke wheels. At 154 kg, Royal Enfield Vajra is a good 43 kg lighter than the stock bike and that should make a sea of difference when it comes to performance.

Speaking of performance, the Royal Enfield Vajra benefits from a comprehensive overhaul with performance parts sourced from Hitchcock Motorcycles UK. The 500 cc single-cylinder air-cooled engine receives a big block which increases the displacement to 612 cc. New gaskets, a K&N air filter, upgraded bearings and a high-compression Wossner piston and Dynojet PC5 plug-in ECU work together to pump out a healthy 40 hp. A quick shifter and custom exhaust have also been thrown in tune up the sporty quotient further.

While 40 hp on a 154 kg motorcycle doesn’t sound path breaking in this era of KTM-dominated medium displacement segment, a stock Royal Enfield Classic 500 customer will find the Vajra very aptly named (translates to thunderbolt in Sanskrit). For comparison, the Classic 500 has 27.2 hp lugging a kerb weight of 197 kg. Cycle City Customs claims that the Vajra is capable of breaching a top-speed of 180 kmph!

In short, the Royal Enfield Vajra is a consummate custom motorcycle which certainly looks the part and has top-notch mechanical components which, at least on paper, should offer a gratifying riding experience.