The accompanying video shows a Royal Enfield KX 1,140cc motorcycle from 1938 sporting what can be termed as the largest ever engine seen on an RE. This 1140cc, twin cylinder engine makes its way into this 80 year old motorcycle mated to a 4 speed gearbox.

1938 Royal Enfield KX – Registration No. PSJ 697, Frame No. 22536 and Engine No. 580 that runs on this powerful engine also gets a gear handle as part of its makeover which allows user to shift gears on demand. 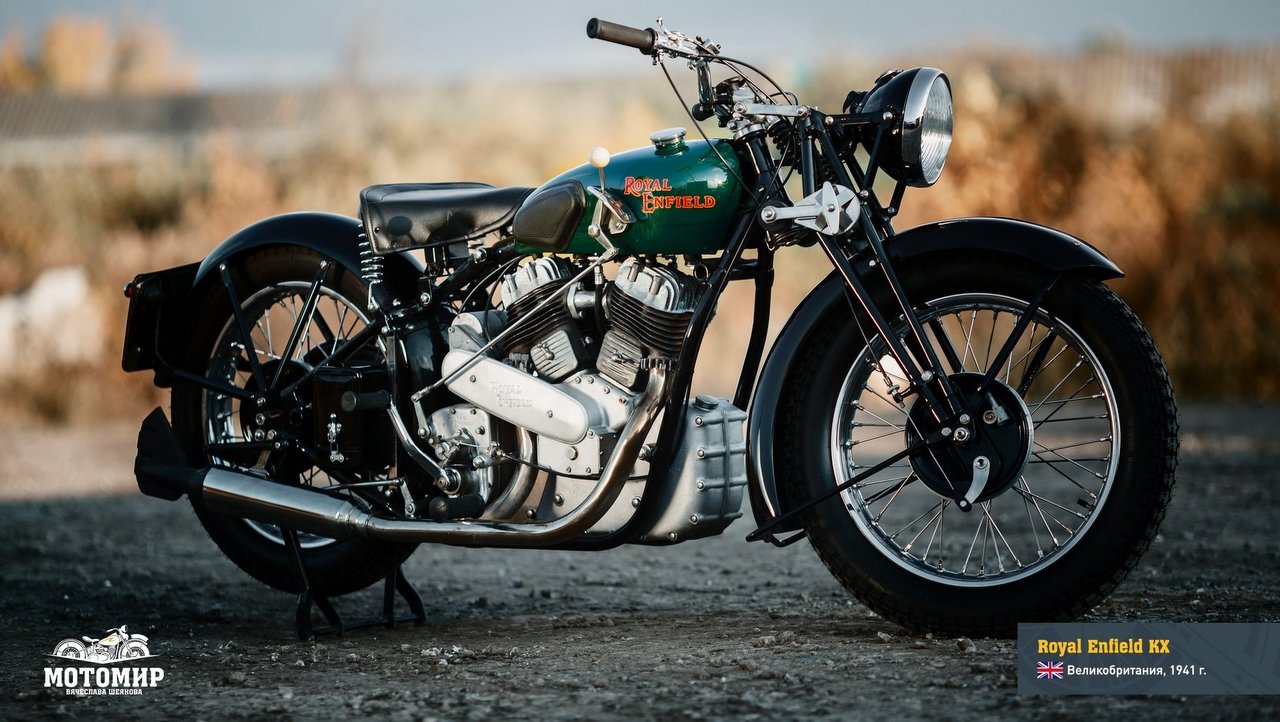 The KX, which is among the rarest of surviving RE bikes today is the ultimate in riding comforts. In its heydays, the RE KX could be had on its own or buyers could have also opted for the bike with a sidecar. A motorcycle of this caliber would go for anything upwards of INR 40 lakhs at an auction.

1938 Royal Enfield KX, which was among 18 models that Royal Enfield sold back in 1938, gets some special onboard features among which is the Lucas 6 volt Magdyno lighting with black enamel finish and gold lining.

The top end variant received detachable and interchangeable wheels. Without the side car, the RE KX commanded a top speed of 130 kmph with fuel efficiency of 27kmpl.

1938 Royal Enfield KX with the 1,140cc engine was registered on 7th June 1938. Since then it remained in its home country through the 1970s and has been in its present ownership for the past 8 years. It has undergone major restoration and even went on display at a private collection.