Royal Enfield products are quite popular in the field of motorcycle customisation. Over the years, we have come across several interesting mods based on Royal Enfield’s UCE ‘350’ and ‘500’ models as well as some poor builds with absolutely zero focus on function.

However, the Chennai-based motorcycle brand’s ‘650 Twins’ rarely fall prey to bad customisation tastes. Thanks to a decent mechanical base, the Royal Enfield Interceptor 650 and Continental GT 650 are excellent choices for mods striking the right balance between form and function.

Delhi-based Neev Motorcycles has unveiled a new concept based on the Royal Enfield 650 Twins, dubbed as ‘Y2 650’. From the looks of it, the power plant seems to be one of the very few components that were left untouched. The Royal Enfield Y2 650 currently remains a digital render but the actual project would be as close as it can get. 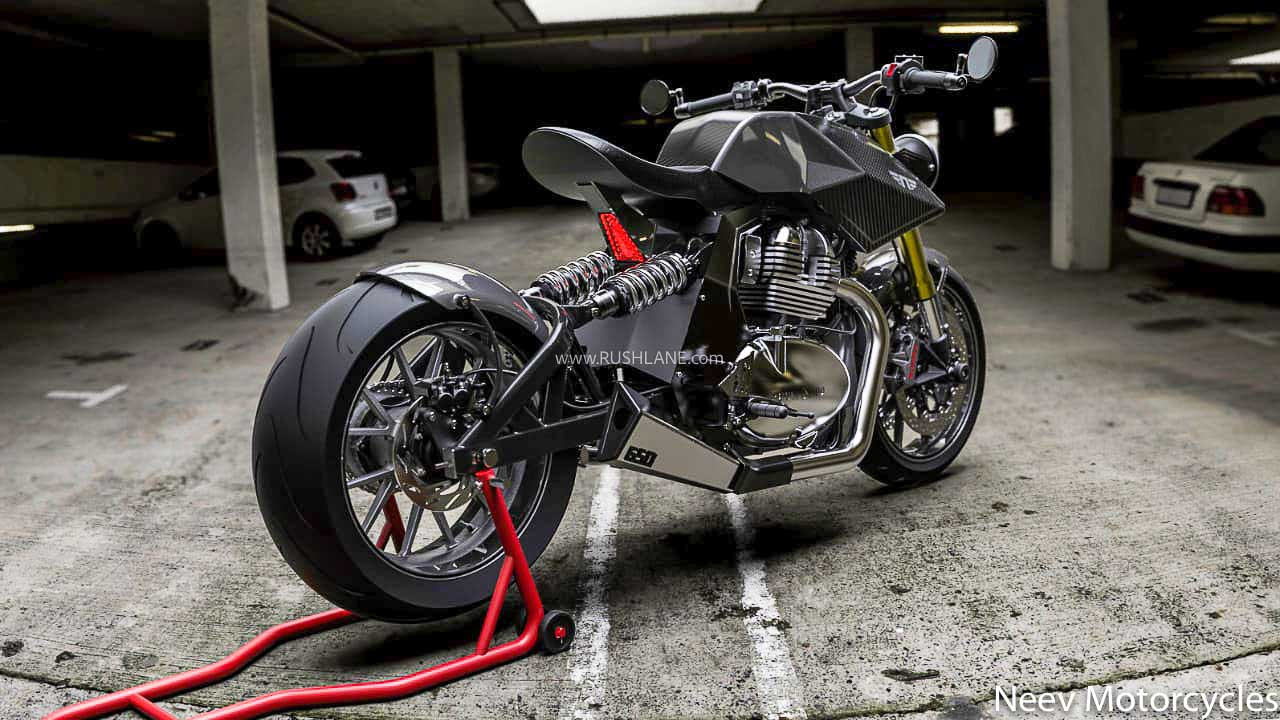 Unlike its donor motorcycle, the Y2 650 takes a marked shift from a modern classic design. It mixes sports cruiser DNA with neo-retro streetfighter elements and is a completely different approach to a Royal Enfield 650 Twin customisation. The inspiration seems to have come from the Confederate Hellcat — an exotic custom-fit street motorcycle from the US (MS Dhoni owns one).

The motorcycle wears a metallic grey shade. The rounded design of the original 648cc 47bhp/52Nm parallel-twin motor does not appear to blend well with the general aesthetics, especially with the sculpted exhaust pipes coming from it. As mentioned before, some of the components you see in this render might not make it to the actual road-going version. For instance, the front twin-rotor Brembo brake unit would easily be an overkill for the 650 Twins’ performance — which is just right and enjoyable in its stock avatar.

Ever since its inception, Neev Motorcycles has created a range of chopper, bobber and cafe racer builds based on popular Royal Enfield models. Out of these, the Y2 650 definitely stands apart and it has already garnered a lot of interest on social media. Last year, the team created a unique Duke project for the Tamil movie, ‘Hero’.