RUSHLANEDAILY AUTO NEWS
HomeBike NewsScooter, motorcycle riders should be extra careful when next to a bus...

Scooter, motorcycle riders should be extra careful when next to a bus – Here’s why

Most victims of bus related accidents are two wheeler riders and pedestrians. A majority of these accidents are a result of head on collision but a large number also occur with two wheelers riding along the same side of the buses.

Most of the time, we blame bus and truck drivers for not being careful while driving. But that is not the case. At least, not always. 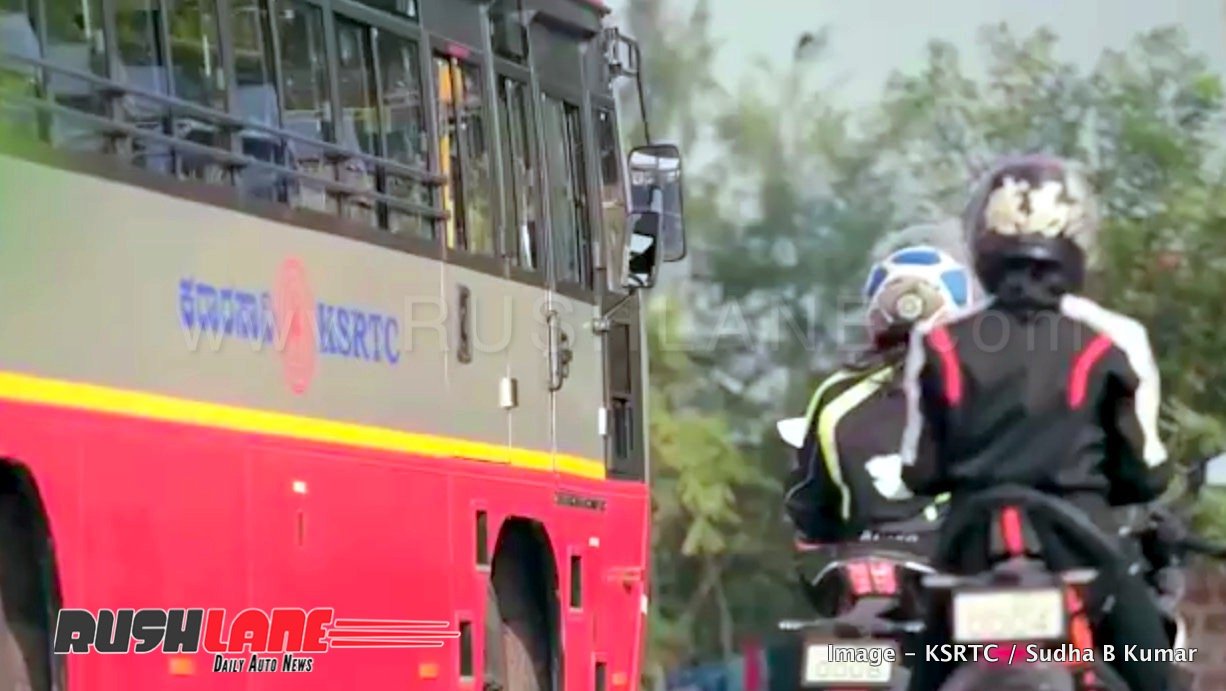 An important lesson to learn from the accompanying video is that buses have blind spots. To drive home this point, Karnataka Government has taken initiative to educate riders on the difficulties faced by bus drivers.

They got two young riders to sit in the buses and observe the rear view mirrors. Those who were well versed with riding bikes and driving cars were shocked to note that though the rear view mirrors were clear of any traffic behind the bus, in fact, there were a couple of riders on motorcycles parked just adjacent to the bus. It was only on getting down from the bus that they were noticed.

This is the same case with bus drivers who face difficulty in noticing bikes riding along side their buses. They are not visible in the rear view mirrors as a result of blind spots, and hence accidents occur. The length of the buses and small rear view mirrors cannot capture the image of the two wheelers which are riding very close to the bus. Many riders also fail to wear helmets and overtake buses without judging distance and speed resulting in accidents.

Below is a video which has has been created by the government to educate two wheeler riders.

This initiative is expected to educate riders and motorists to be wary of buses and take utmost precautions while overtaking. The riders should make their presence felt or stay clear out of the path of buses so as to avoid such accidents in the future.

With this, and many other initiatives, KSRTC is hoping to bring down the rate of accidents drastically. On the other hand, they are also educating their drivers. Initiatives are being launched to regularly educate drivers about real world scenarios.

Drivers of these buses are being awarded medals for a 5 year accident free record but it is the two wheelers who should be taking utmost precautions specially after viewing this video where it is quite evident that most causes of accidents are not the fault of the bus drivers.