After photos of the first Pegasus 500 which was dumped in garbage went viral yesterday, another Royal Enfield Pegasus 500 owner has come forward and done the same. This owner is from Noida.

Pegasus 500 is a limited edition motorcycle from Royal Enfield which was launched in August this year. Limited to just 250 units, the motorcycle was marketed as unique. And this came at a price – making the Pegasus 500 the most expensive RE till date (Rs 2.65 lakh on road in Kochi). 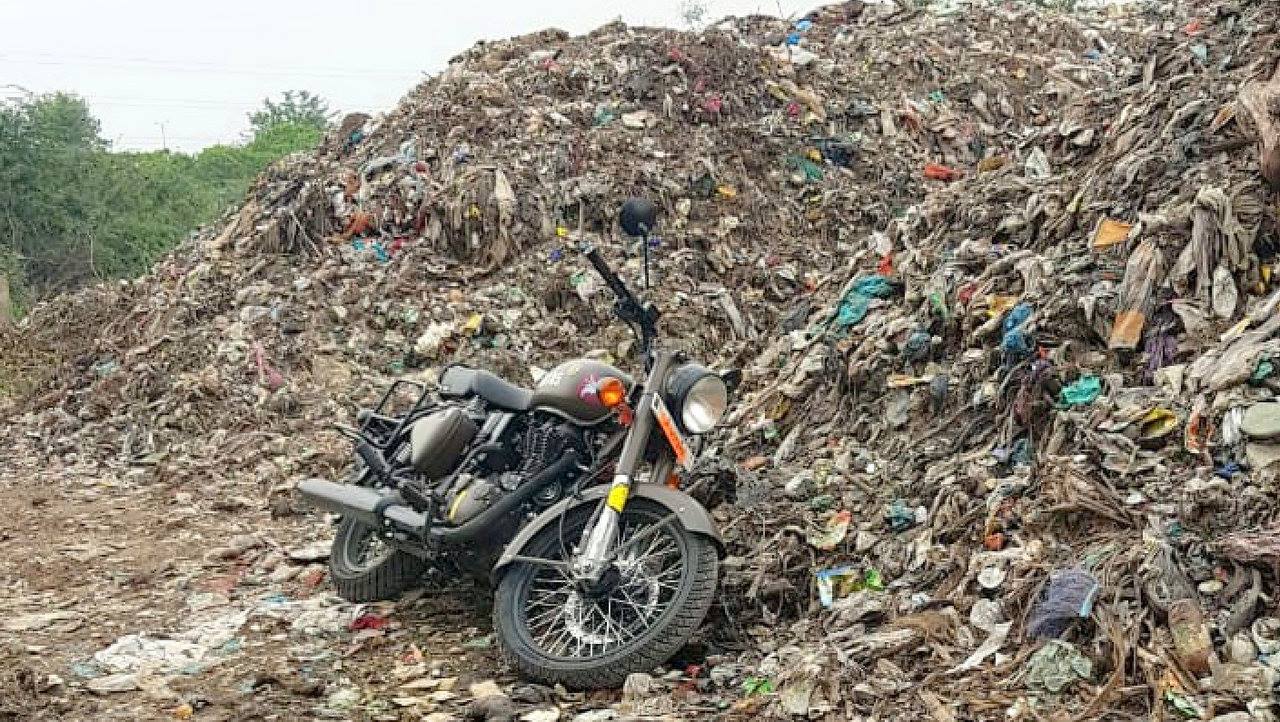 In spite of being the most expensive RE, owners were in an online race to purchase the bike (pretty much like getting a tatkal ticket from IRCTC). There were thousands of fans who had registered interest. So much so that, RE’s site went down on the date of sale. A few days later the site was again opened for sale, and in a record 178 seconds, all 250 units were sold – exclaimed RE.

All was going well. RE had a new sales record and owners were happy to get their hands on exclusive bikes. But it all changed on 28th Aug, when Royal Enfield launched Classic Signals 350 ABS.

Owners of Pegasus 500 were shocked to see the similarities of the Classic Signals 350 to their Pegasus variants. On top of that, the bike was priced at just Rs 1.62 lakhs, ex-sh and came with dual channel ABS (Pegasus 500 does not get ABS in India). What hurt them more, RE dealers were calling all those who missed buying Pegasus, and marketing the Signals 350 as the Pegasus 350 with ABS. Some Pegasus 500 owners also got the calls, which made a lot of them really upset. 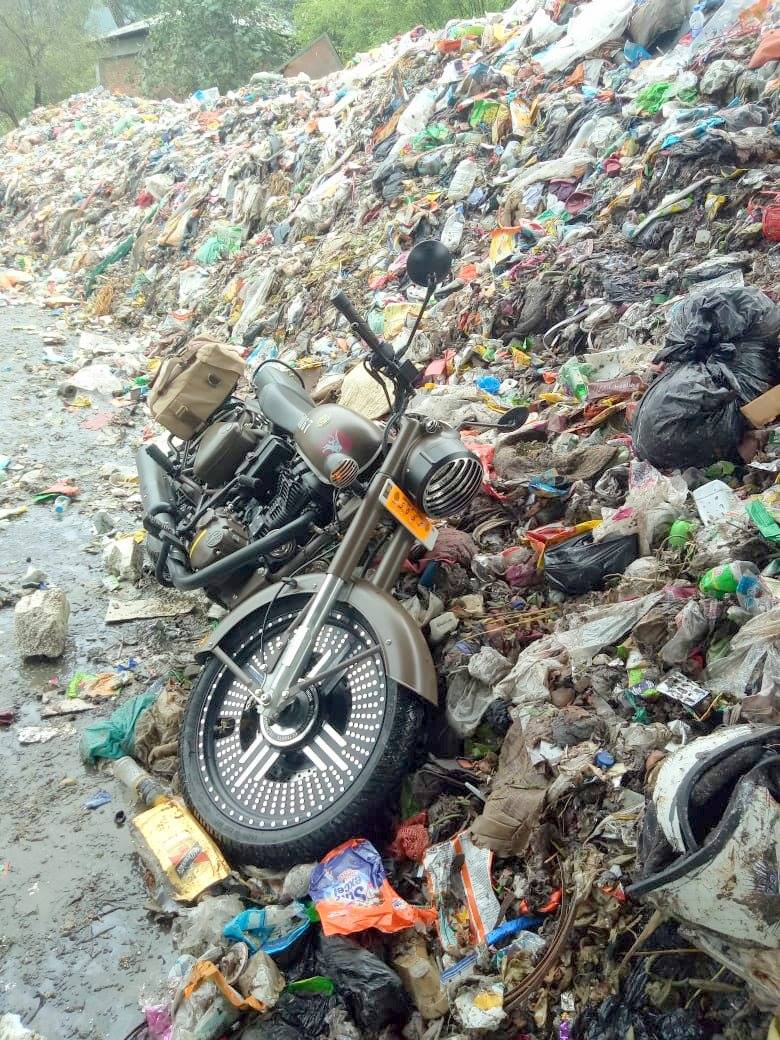 It is not clear as to what the outcome will be. Not all Pegasus 500 owners are upset. Some have already taken delivery, and are happy with their machine, like Mr Devender Singh below. This is what he has to say about his Pegasus 500 “I am a Pegasus owner too…I love my bike… ” 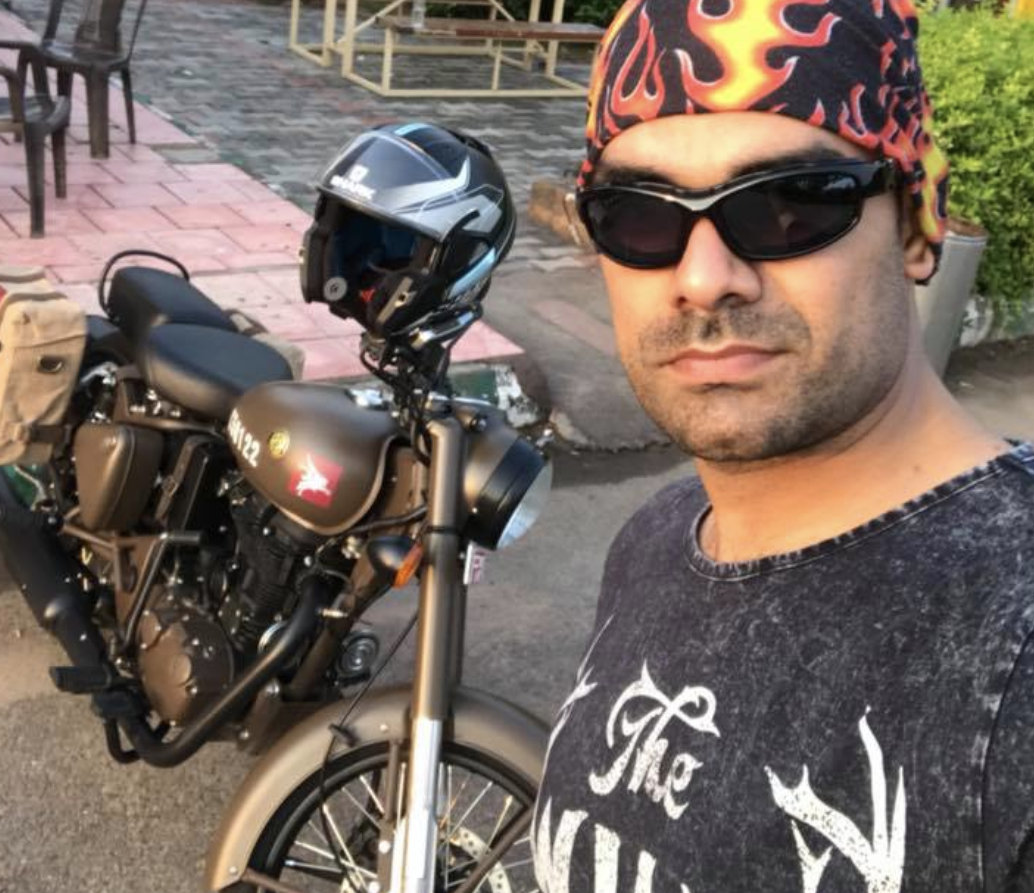 But clearly, not all are happy and which is why these protests. RE P500 owners who are upset, have decided to discard their bikes in garbage dump. It is not clear if the bikes above were actually discarded or were only placed for the time being, so as to click photos.