Hyundai and Shah Rukh Khan instill importance of traffic rules – But will we listen?

Traffic rules are for everyone and the roads are not safe unless each and every road user follows these regulations diligently. Bollywood superstar,Shah Rukh Khan, Corporate Brand Ambassador, Hyundai Motor India Ltd, is back with #BeTheBetterGuy Phase -III Campaign.

Once again drawing attention to the need of the hour which is strict adherence the traffic rules, Khan makes another desperate attempt to create a positive change in the society to inspire road users to follow traffic rules, not only for the safety of others on the road but for themselves and their families. 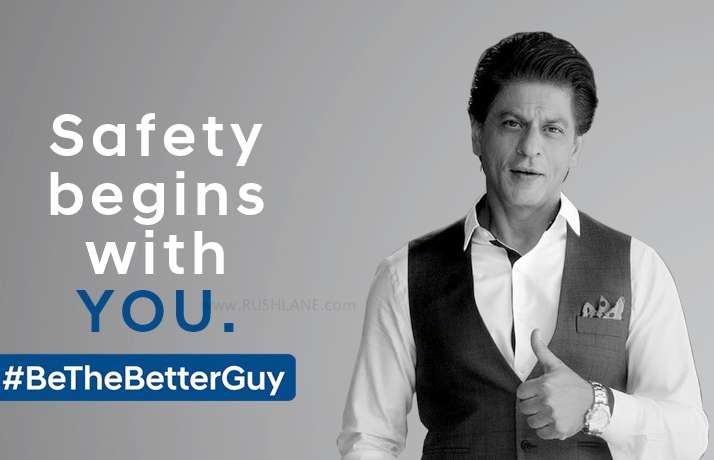 The new Road Safety film is Phase III of the #BeTheBetterGuy road safety initiative undertaken by Hyundai Motors India Ltd. since 2016. Phase I of Road Safety Campaign Be The Better Guy in 2016 clocked over 3.84 million views and also won prestigious awards on Road Safety campaign by eminent Indian media. Phase II film drew attention to under age driving, drinking and driving and use of mobile phones along with over speeding and traffic signal violation. The campaign clocked over 1.6 million viewers – but did we see any change?

Hyundai Motors has now launched the #BeTheBetterGuy Phase -III Campaign with Shah Rukh Khan once again appealing to the viewers to follow good traffic rules and be the “better guy”. Watch the latest video below.

This time round also appealing to road users to user seat belts while driving, not to drink and drive, show respect for pedestrians, stay within speed limits and not to use the mobile phone while driving. Strictly following these traffic regulations will see a notable decrease in road accidents.

In October 2018, Hyundai Motors India also commenced the 4th phase of Road Safety Campaign in association with the Ministry of Road Transport and Highways (MORTH). The company will reach out to 100 schools in 11 cities with interactive programs to create an awareness of road safety and traffic rules among students.