He showed the cops a soft / digital copy of his license. This was not accepted as a valid driving license and he was made to pay the fine. 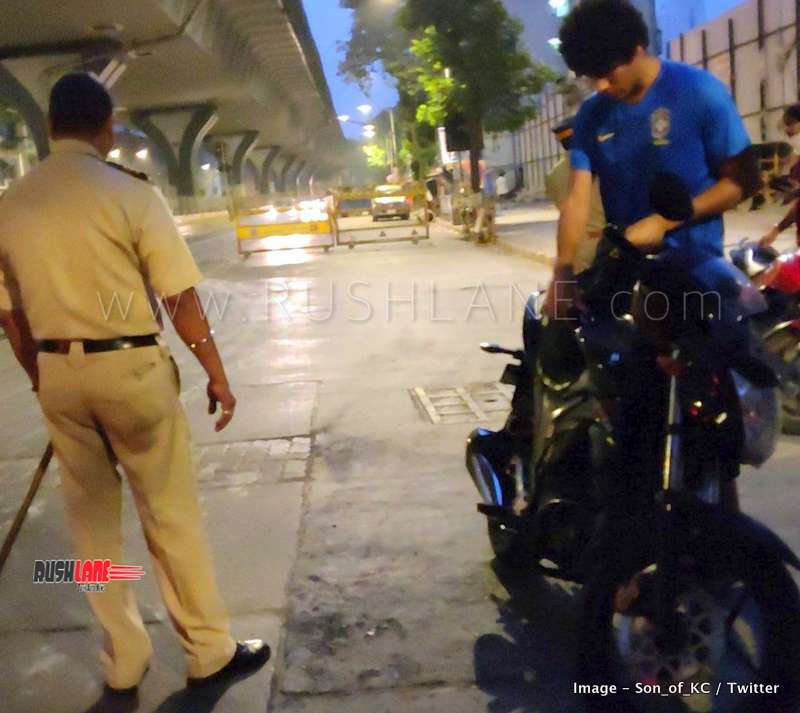 Afterwards, Kalpak tweeted a photo, along with a question to Mumbai Police’s official twitter account. The question he asked was – Is a soft copy of the driving license valid or not? @MumbaiPolice These guys were not lalowing (allowing) it.

Mumbai Police replied to the question – “You must be in possession of valid/original driving licence and produce for inspection when demanded by a policeman in uniform. (Sec 130 (1) MVA).”

Does this statement of Mumbai Police contradict the Govt of India directive issued last month? As per new directives issued, traffic police will no longer ask for original and hard copies of driving licenses, registration certificates, PUC and vehicle insurance papers.

The provision of the IT Act 2000 allows all these documents to be stored in DigiLocker or mParivahan app of the Government of India. Traffic police will be able to record violations of errant drivers by logging on to the central database using a handheld device or mobile phone for scanning the QR code of electronic documents rather than taking away the originals. 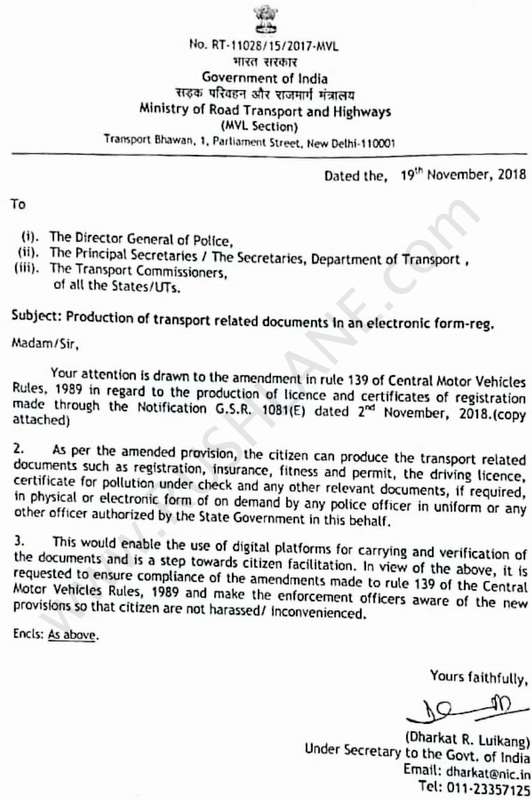 The point to be noted by citizens is that digital format of driving license in jpeg, pdf, etc is not valid. Only those IDs which are documented digitally in the government’s official cloud-based platform DigiLocker or mParivahan will be treated as legal and on par with original documents.

In order to store your driving license digitally, you will need to get them digitally signed by respective govt authorities. Only then the driving license, insurance, RTO papers, etc will be considered as original; once they are in either the DigiLocker or the mParivahan app.

In the case above, it is not yet clear as to whether Kalpak showed a photo or pdf of his driving license, or produced a digitally signed driving license in the govt approved app. If he showed a photo of his DL, then that is not valid and is going to be fined. But if he showed DL in the app, and still got fined, then it is a different case. Twitter users have also asked Mumbai Police to clarify their stand as to what they mean by original / valid driving license.

The story will be updated once more details are revealed.

Update – Navi Mumbai Police has clarified that originals are required. DigiLocker and mParivahan app are not accepted at the moment. They added, “For further clarification, please call our traffic ACP phone number 022-27576286/ 27480661.”