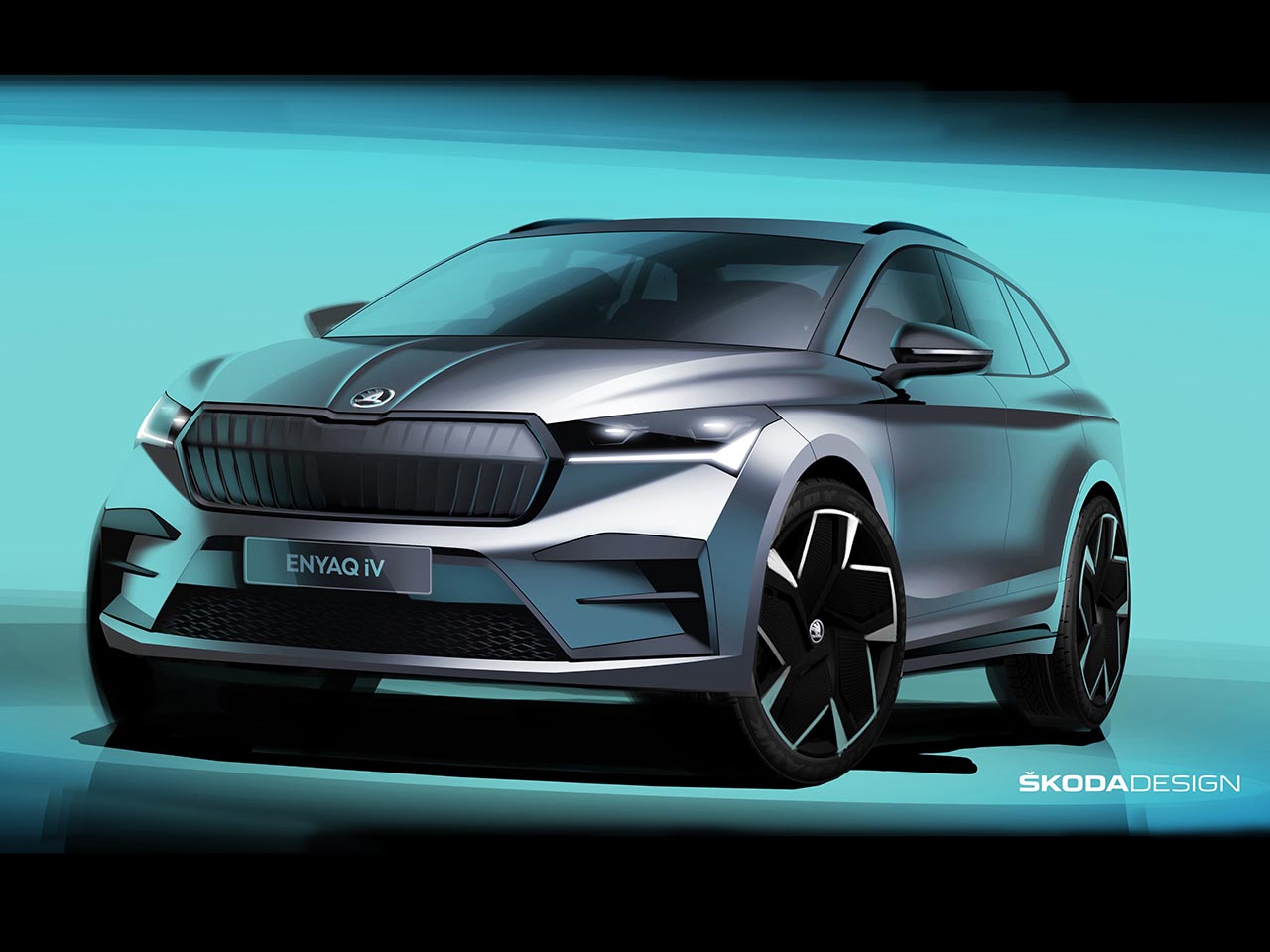 Czech-origin automaker Skoda Auto, under Volkswagen Group, has released a fresh set of sketches or renders of its upcoming all-electric crossover SUV, Enyaq iV. The official debut will happen in Prague on September 1, 2020. Sporting Skoda Auto’s latest design and styling principles, the new Enyaq will be the first product to come out of Volkswagen Group’s MEB platform. Translated to English, MEB expands to Modular Electrification Toolkit.

The company states that the Skoda Enyaq marks a new era in its timeline. According to the design team, the crossover SUV showcases “emotive lines and balanced, dynamic proportions” in addition to a “generous interior”. It is claimed to offer a “sustainable yet fun driving experience”.

Global OEMs are heavily concentrating on all-electric powertrains across a wide price segment. Due to their immense demand, SUV or crossover body styles have become the go-to choices for newer electric products.

Karl Neuhold, Head of Exterior Design at Skoda Auto, has given a brief overview of the Enyaq’s vision and styling philosophy. The ‘emotive Skoda design language’ is already familiar to the world thanks to the new-gen Scala hatchback, Kamiq subcompact crossover and Octavia compact sedan (as per European standards).

The upcoming Skoda Enyaq features sculpted lines, clear surfaces as well as crystalline elements inspired by Bohemian crystal art. Unlike existing Skoda SUVs and crossovers, the Enyaq has a shorted front end alongside an elongated roofline. Karl Neuhold comments that this unique trait gives the EV “a very dynamic look” and transforms it into a “proverbial space shuttle”. Large wheels and high ground clearance further strengthen its ‘SUV presence’.

Being an all-electric product, the Enyaq does not need a large front grille for cooling or induction purposes. However, the signature ‘butterfly grille’ has always been one of the most significant bits on modern-day Skodas and hence, could not be easily omitted. On the new Enyaq, the grille component is set further forward and upright, blending well with the full-LED headlamps flanking it on each side.

Compared to a mainstream ICE model under Volkswagen Group (employing MLB architecture), MEB products differ significantly in terms of height and overhangs. The battery pack rests inside the floor panel and demands taller body styles. The relatively long wheelbase of the new Enyaq hides this fact. Shorter overhangs were possible since the electric powertrain and its components take much lesser space than a conventional ICE example. Furthermore, the Skoda Enyaq iV boasts of an impressive drag coefficient of 0.27.