Skoda India has been busy localizing the modular MQB A0 IN platform which is set to underpin a range of VW and Skoda models in India in the coming years. First model to be based on this heavily localized platform would be a Skoda crossover SUV which was previewed by the Vision In design concept at the Auto Expo earlier this year.

Skoda Vision IN and Kamiq

The production version of Skoda Vision IN is essentially going to be an Indianized version of Kamiq which is popular in Europe. Going by the Vision IN Concept, we expect the India-spec crossover to have slightly different front and rear fascias compared to the Kamiq. The India-bound model is also expected to be slightly longer than its European counterpart, leading to better rear seat space.

A Skoda Kamiq test mule has been spotted testing again in India. Since it is the India-spec crossover’s donor vehicle, it could be testing the powertrain or other critical sub-systems before the Vision IN prototypes are ready for trials. Images are credit to automotive enthusiast Ashish Kulkarni and Siddhartth Patil. 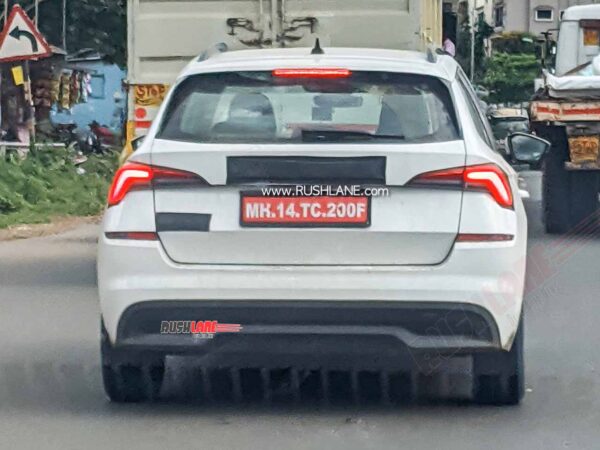 As far as interiors are concerned, we expect the Hyundai Creta rival to adopt a modern yet simple layout previewed by the concept albeit with lot of borrowed components from the European Kamiq. Key highlights will include touchscreen infotainment, multiple airbags, state-of-the-art connectivity features, automatic climate control and probably even rear AC vents powered driver seat.

The Skoda IN Vision Concept was powered by a 1.5-liter TSI turbocharged direct-injection petrol engine which outputs 150 hp and 250 Nm of torque. Paired to a 7-speed DSG, the engine is capable of propelling the concept form rest to ton in 8.7 seconds. We expect the same engine will be carried forward to the production model with similar performance figures.

The Skoda Kamiq-based crossover will pick up a fight with the well established Hyundai Creta and Kia Seltos. It will also rival the VW Taigun which will also employ the MQB A0 IN platform. Both the vehicles will be manufactured by VW India at its Chakan facility near Pune.

The Skoda mid-premium SUV for India is slated to be ready sometime in 2021. It remains to be seen if the lockdown will have an impact on the launch timeline or not. Being a heavily localized product, we expect the upcoming Skoda SUV to be competitively priced.