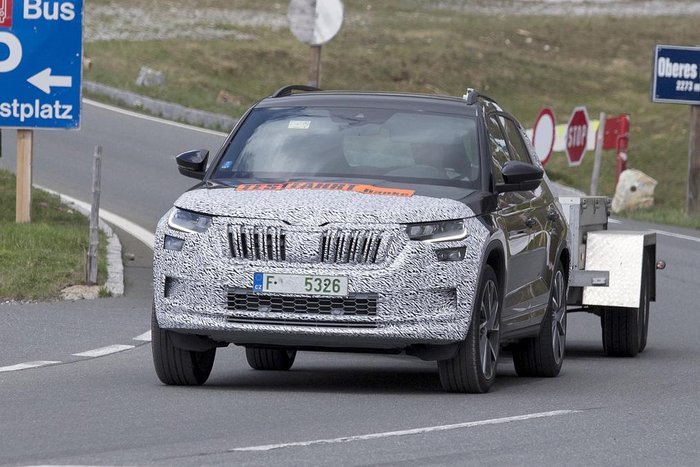 Skoda has been busy churning out all-new products and facelifts of existing models. The Czech brand just revealed the refreshed Superb sedan, and is not far away from introducing updated versions of the Octavia and Skoda Kodiaq facelift.

A mildly camouflaged prototype of the Skoda Kodiaq facelift has been spotted in Europe, giving us a fair idea on what is going to change. The current Kodiaq still looks fresh and contemporary. So, it is no wonder that the company has decided to retain most of the elements without fiddling with them.

Closer inspection of the spyshots reveal that the Kodiaq facelift receives a subtly reprofiled bumper while headlamps and grille remain more or less untouched. The updated SUV will receive LED Matrix headlamp elements that were introduced in the Superb facelift. 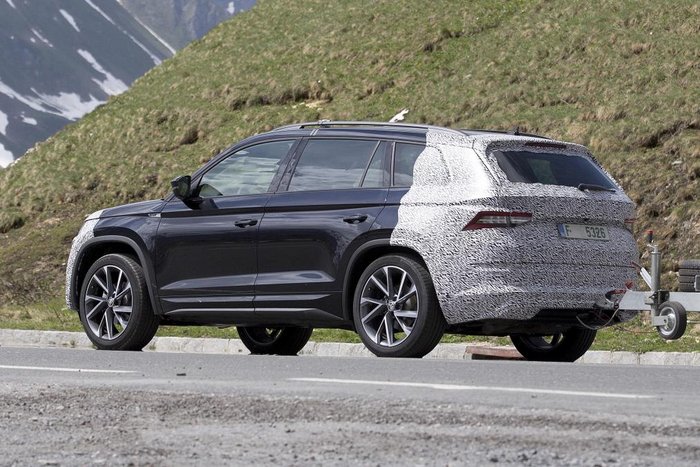 The profile stays intact while the rear fascia is likely to receive minor tweaks such as new LED elements for the taillights and a revised bumper. Depending on the variant, the interior will benefit from improved material including Alcantara, and additional features that are seen in the Superb facelift. The comprehensive list of features has been one of Kodiaq’s important strengths and the facelift is only going to augment its appeal.

The most significant change will come in the form of a new plug-in hybrid powertrain option under iV branding. Just like the Superb iV, the 2020 Kodiaq will adopt a 1.4-liter TSI turbocharged petrol engine coupled to an electric motors. The IC engine produces 156 hp and the electric unit has 115 hp on tap.

The combined power output stands at 218 hp and the powertrain can cover a distance of around 50 km in pure electric mode. A 13 kWh battery pack supports the electric motor. The Kodiaq’s current range of petrol and diesel engines with 6-speed manual and DSG automatic gearboxes will continue to be offered.

The 2020 Skoda Kodiaq prototype was spotted testing with a trailer suggesting that the SUV will receive the new Trailer Assist system. We also expect the Area View (360-degree cameras) to be on board.