Skoda Auto may not be the most popular brand under the house of Volkswagen AG, but its RS (or vRS) models have a huge fan following all around the world. Even in India, the Skoda Octavia RS (MY2017 RS230) was often considered as one of the best value-for-money performance sedans on the market.

The ex-showroom price for the locally-assembled Skoda Octavia RS230 stood at around Rs 25 lakh. The story is quite the opposite for the updated RS245 model that was showcased at Auto Expo 2020 since its a CBU product that carries a premium of almost Rs 12 lakh over the older RS230. 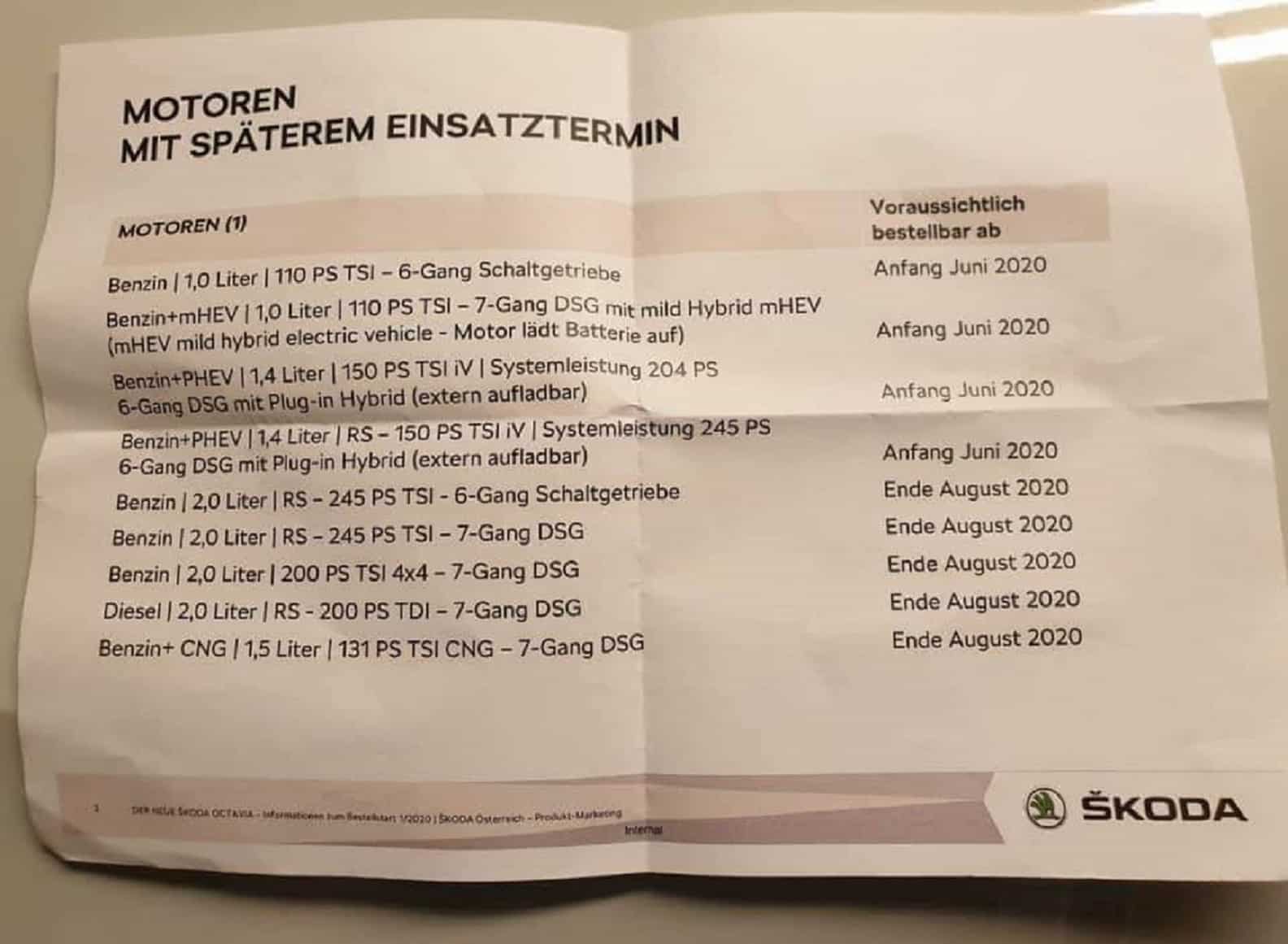 The Czech-origin brand has already unveiled the next-generation Octavia sedan in the global market. Now, at the upcoming 2020 Geneva International Motor Show, Skoda Auto will unveil the new-generation Octavia RS in a diesel avatar for the very first time, alongside an RS iV plug-in hybrid petrol variant.

In the Indian market, Skoda Auto Volkswagen India is going the ‘petrol way’; at least till the group develops BS6-compliant diesel engines. However, international markets seem to welcome diesel-powered sports sedans and wagons despite having lower desirability than their loud and high-revving petrol counterparts. Still, a modern-day diesel engine offers a stronger torque from the very bottom compared to an equivalent petrol engine, even if it comes at the cost of an embarrassing plume of smoke.

The 2020 Skoda Octavia RS diesel will get a 2.0-litre four-cylinder TDi mill that churns out 197bhp while mated to a 7-speed DSG. The torque output has not been revealed, but it should ideally be well over 400Nm. Meanwhile, the familiar petrol variant of the sports sedan might see a hike from the current 242bhp (245ps) and 370Nm of torque with the addition of a 6-speed manual option as well. In both formats, the engine powers the front wheels. Fans have been longing for an all-wheel-drive Octavia RS for ages, but Skoda still reserves that privilege to the regular Octavia 4×4 (not available in India).

Meanwhile, Audi has already joined the performance-diesel-car party with the S4, S6, SQ5 and S7, and their V6 power plant. They are often criticised by car enthusiasts as being ‘too pretentious’ in terms of sound and feel. We are not sure if it would be the same case for upcoming Skoda Octavia RS diesel. On the bright side, the sports sedan would mark the end of all the ‘vRS badge on diesel Skoda’ memes that have been flourishing on the internet over the years.