This modified Skoda Rapid which sports very minor yet tasteful exterior mod may look sedate but it is what one would term as a sleeper. This diesel sedan, powered by a 1.5-litre TDI diesel engine, is capable of keeping most cars on the road at bay, thanks to its comprehensive mechanical upgrade.

The most significant upgrade comes in the form of a stage 1 ECU remap which set the owner back by Rs 35,000 but he has got his money’s worth. The pumped up engine now produces a claimed 140 PS and 300 Nm of torque. That is a good 30 PS and 50 Nm more than the stock car which is no slouch to begin with. 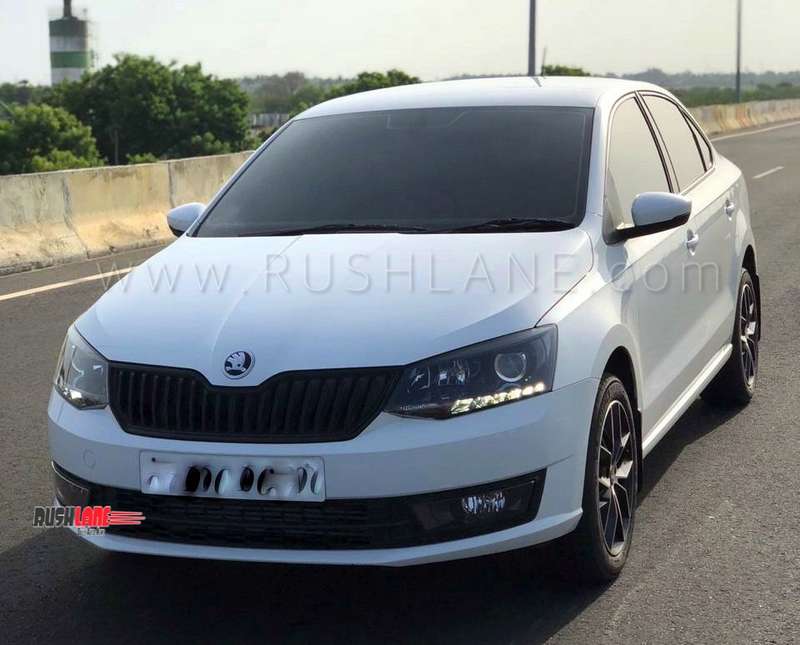 The ECU upgrade is complemented by BMC performance air filter which costs Rs 7,000. The car is equipped with the famous 7-speed DSG gearbox which is known for its quick and smooth operation.

The modified Skoda Rapid 1.5 TDI AT sports Momo Massimo black alloy wheels which are shod with 200/50-R16 low-profile Michelin Pilot sport tyres. The wheel and tyre combo alone costs Rs 70,000. The subtle visual tweaks include the removal of chrome highlights on the front grille (it does make the car look sportier), and black finish for the wing mirrors.

The owner of this modified Skoda Rapid, Vishaal claims that his sedan is now capable of reaching a top-speed of 223 kmph which is the electronically controlled limit in most powerful cars sold across the world. Suffice it to say that this particular Rapid can keep pace with pretty much every car it encounters on the Indian roads.

He also says that the significant boost in performance doesn’t come at a cost of efficiency. The tuned Rapid is said to deliver a fuel economy of 13-14 kmpl in city environment and around 18 kmpl on the highways, making it almost as efficient as the stock car. The mod job has been executed by Bengaluru-based Harmonixx Tuning.